7 Subway Surfers-like games for you to never stop!

Subway Surfers is one of the most popular representatives of the endless run genre, those in which you take part in a race against yourself and the only objective is to beat your previous record. If you're a fan of the little surfers, check out our list of 7 (and 1 extra) games similar to Subway Surfers below to keep you running! 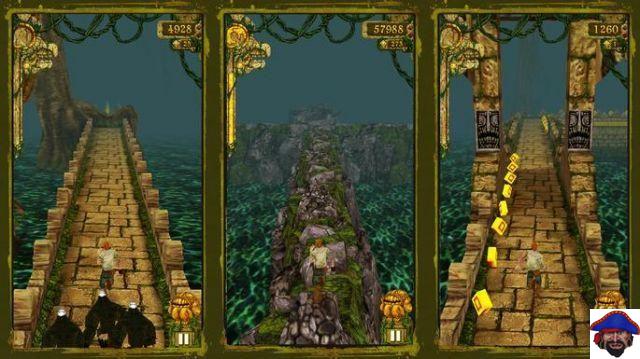 The classic Temple Run was the first endless runner game to come to prominence. The game has no story, but it seems that you control an archeologist who needs to run through a ruined temple to avoid dying at the hands of a horde of killer monkeys.

During the races, you can collect power-ups to help you fight for your life, in addition to getting coins that, over time, serve to buy bonuses, fixed advantages that will accompany you in all matches. 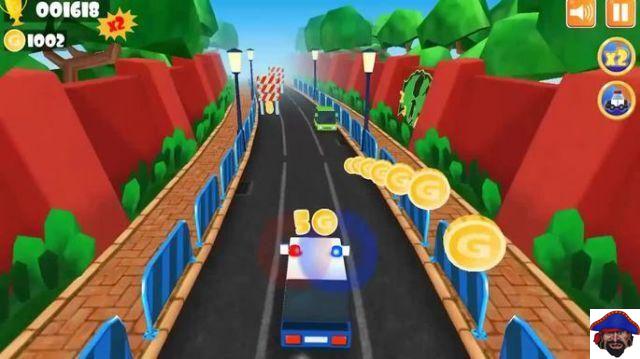 Skate Hooligans also follows the exact same premise as Subway Surfers, Here you control kid skaters who, for some reason, are running away from the police while wearing headphones in traffic. A fine example. Along the way you'll need to dodge cones, signs, cars, walls, in short, all kinds of obstacles. 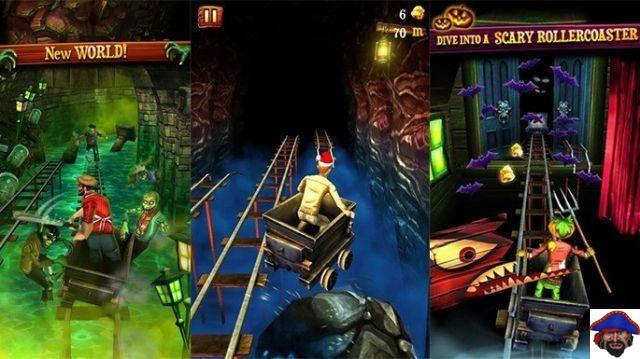 In Rail Rush you'll run endlessly along tracks while controlling a minecart. The concept and mechanics are still very similar to the games above, but the setting is much darker.

Unlike the others, Rail Rush has different stages that change not only the look of the game, but also the obstacles. In fact, at times it is necessary to make commands to get rid of obstacles, which is enough to differentiate this game a little from the others. 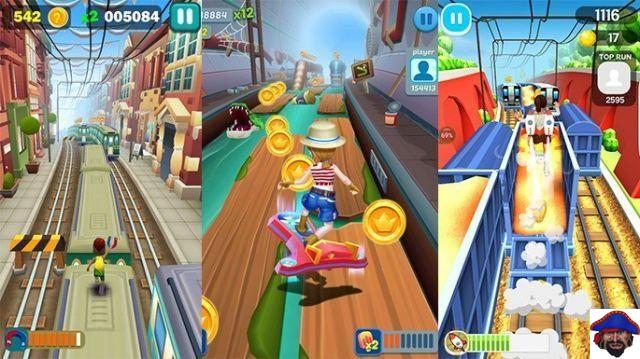 With a title slightly reminiscent of Subway Surfers, Subway Runner also puts you in control of a child runner who runs along a train track, even though there is a perfectly safe lawn to the side.

The commands are exactly the same and the visual identity is very reminiscent of Subway Surfers, despite the graphics being a little inferior. 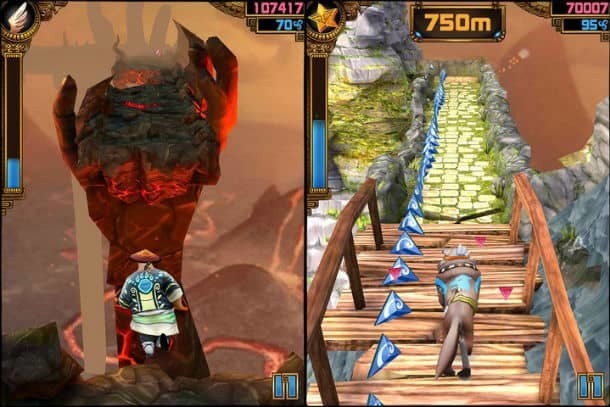 If you are a fan of Subway Surfers but are looking for a game with a different theme, Spirit Run is the solution. This game follows the same lines as Temple Run and puts you in control of guardian spirits who are trying to save the world from an ancient evil.

The visual and sound identity is basically identical to Temple Run, but with a very coherent tribal soundtrack. Here you also collect items through the level to help buy perks and you can even become a spirit animal to gain invulnerability and stat bonuses. 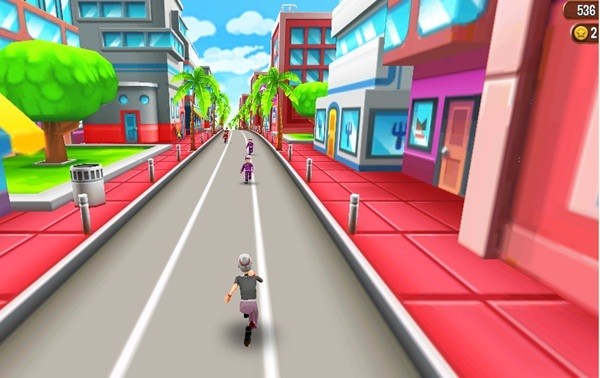 In Angry Gran Run you control an angry little lady who needs to dodge numerous objects in the middle of the street. That's where the fun comes in, in addition to dodging signs, cars and other common things, some completely meaningless objects appear on the screen, like a giant cup or hat in bad resolution.

If you survive the above nonsense, you'll still have to dodge aliens, dinosaurs and other crazy creatures. At least you will have the pleasure of kicking (very hard) young rebels who cross your path. 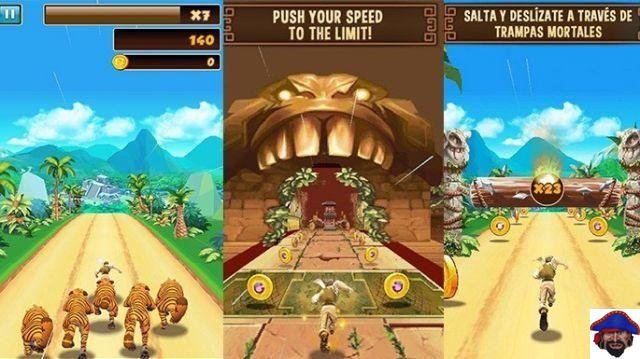 One of the most “polished” games on this list. Danger Dash is clearly in the same vein as all endless run games. Its cartoonish graphics combined with the way the screen flickers at all times give the game an air of frenetic action.

In Danger Dash you can collect various power-ups to help you progress, use items and even unlock new characters with the coins you collect.

Extra: dinosaur game when your internet goes down

You have infinite running options even when you are offline. The Dinosaur Game (also called T-Rex Run!) appears on your Google Chrome browser whenever your internet drops. It's a great opportunity to control a tiny T-Rex that, frankly, seems to just swing its legs as the entire scene moves around it.

You can also find the online version of the game on Chromedino.com.

Also check out the 10 best racing games for Android!

add a comment of 7 Subway Surfers-like games for you to never stop!