Despite not being the first, League of Legends (LoL) stole the show and became the most popular MOBA in the world. The game's success was reflected in the market and several developers created similar titles to try to ride the same wave.

In this list we will show you 7 games similar to League of Legends, some exclusive for PC and others available for mobile. Check out! 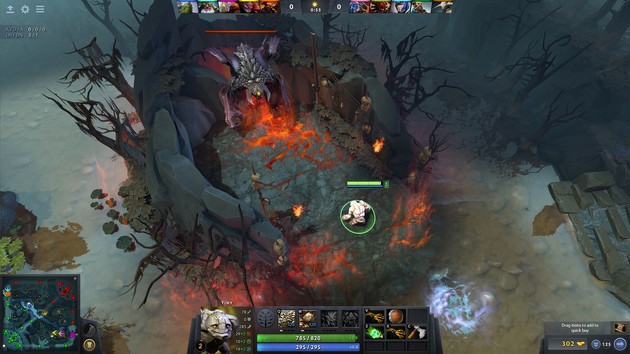 Dota 2 is the sequel to Dota, the first major MOBA, created from a Warcraft 3 mod and later acquired by Valve, which made it the phenomenon it is today. There's no doubt that LoL was heavily inspired by Dota 2 and that the titles are the two big names in the genre.

Dota 2 has better graphics than LoL (so it's heavier) and more complex mechanics. Despite having fewer elements on the map, Dota 2 is considerably more difficult to master and not very beginner-friendly.

The main differences in Dota 2 are: the possibility of attacking creeps and allied heroes, the existence of shops in the middle of the map, the existence of the courier, an item/unit that takes items to the heroes and the presence of a single boss on the map. Each of these elements has a huge impact on gameplay and the metagame.

You should play Dota 2 if:

2. Heroes of the Storm 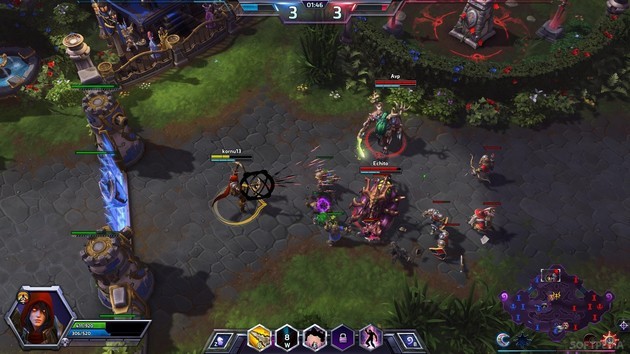 Heroes of the Storm is a Blizzard MOBA that brings together heroes from various titles: Warcraft, Starcraft, Diablo, Overwatch and Nexus.

Heroes of the Storm is a much easier game than League of Legends. In it, there is no money, stores or items and all experience is shared between the team. Precisely for this reason, HotS is an extremely team-based game with little chance of just one player/character standing out.

Matches in Heroes of the Storm are usually faster (with an average of 25 minutes). The game also has an objective/quest system that varies by map. In addition to these quests giving advantages to the teams, they make the matches very busy from the first minutes, unlike other games of the genre.

You should play Heroes of the Storm if: 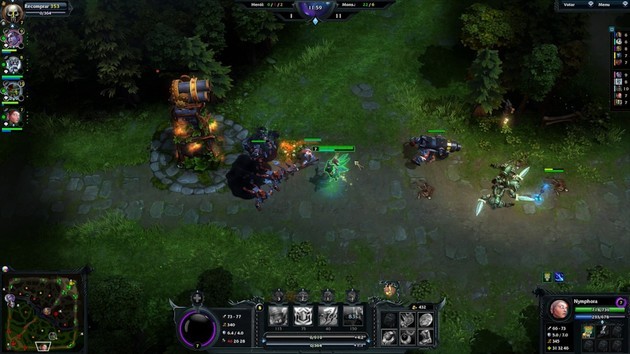 Heroes of Newerth is a MOBA more like Dota 2 than League of Legends. Among the three games, HoN has the most heroes. Altogether there are more than 130 characters classified according to their main attributes: strength, agility and intelligence.

Overall, the game doesn't offer great news, but it's a great option for fans of the genre who want to try something different.

You should play Heroes of Newerth if: 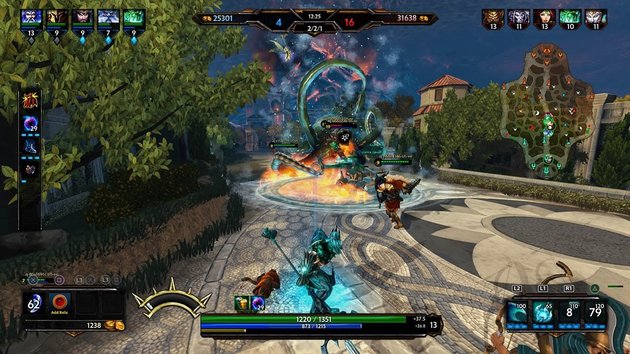 Smite is a different MOBA that requires an extra skill set compared to others. The big difference is the third-person perspective. What may not seem like much, actually introduces several new elements that don't exist in other games of the genre.

In Smite you need to aim skills, watch your back so you don't get surrounded and, in general, pay much more attention to your surroundings. The fact that players have much less map view adds to the importance of team communication. Despite all this, Smite is an easier game to learn than League of Legends, for example.

All of Smite's characters are gods from real-world mythologies, from Roman, Greek and Hindu to the more unknown Polynesian and Slavic. Altogether there are more than 100 playable gods.

You should play Smite if: 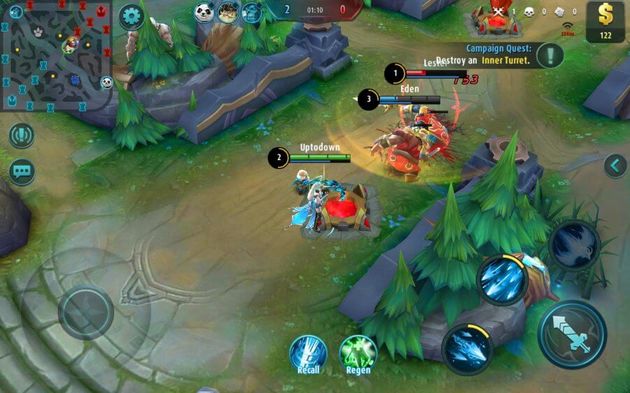 Mobile Legends is the most popular MOBA for mobile right now. The average graphics makes the game accessible to slightly weaker devices and the simplified gameplay is extremely appealing to new players.

Mobile Legends has over 70 characters, multiple modes, a very active national and international community, achievement system, skins, and much more.


You should play Mobile Legends if:

Check out the 9 best tips to succeed in Mobile Legends! 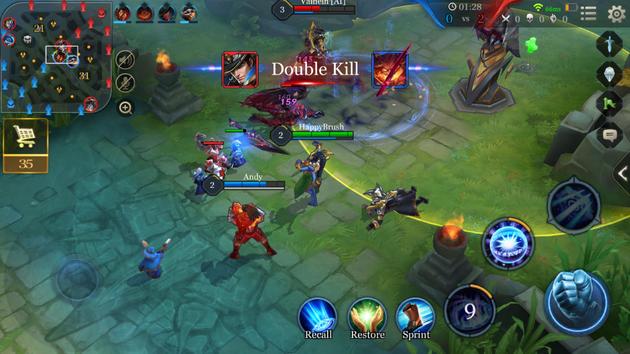 Arena of Valor is a MOBA that is extremely similar to Mobile Legends and, therefore, the choice is up to the player's personal preference. The similarities are many: interface, talents, star ranks, identical commands, etc.

The only relevant difference between Arena of Valor and Mobile Legends is that in AoV you can get free skins when you win matches. In addition, the game features almost 80 different heroes, including some from the DC universe, such as Superman, Batman, Joker, and Wonder Woman.

Check out Arena of Valor tips and tutorials here! 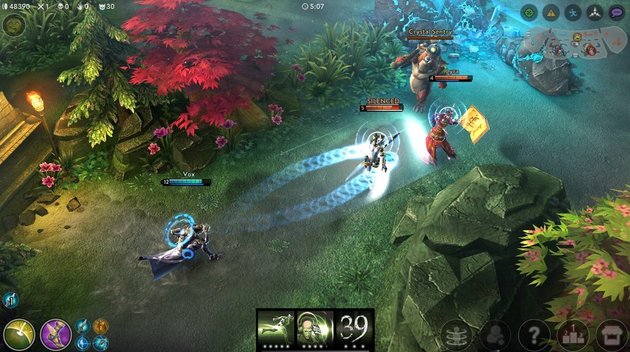 Vainglory is undoubtedly one of the best MOBAs for mobile. The game has excellent graphics and gameplay, more than 40 heroes and many different modes to keep the game varied.

Despite being originally designed for mobile phones, Vainglory gained a PC version along with the crossplay function, which allows players from both platforms to face each other online.

Vainglory is considered the most balanced MOBA for mobiles and with the most well-crafted heroes. Even so, it's not the most popular game of its kind, possibly due to the fact that other mobile MOBAs are simpler and more intuitive.

You should play Vainglory if:

add a comment of 7 LoL-like games for MOBA fans!