5 advanced tips from Saint Seiya: Awakening to get you far!

Saint Seiya: Awakening is among the most content mobile games currently. Due to the absurd amount of activities to participate in and attributes and characters to level up, it is very easy to overlook some important aspects that, up front, prevent you from reaching the maximum potential of your Knights. With that in mind, here are 5 advanced game tips for you to get the most out of your resources and evolve in the right way. Enjoy!

1. Don't be in a hurry to awaken the Seventh Sense of the whole team 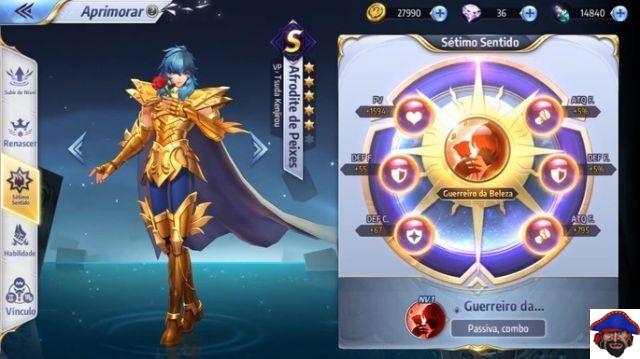 Yes, the Seventh Sense of the Knights is one of the great goals of the game as they give very relevant skills and attributes to the characters. However, if you have limited resources, the most optimal strategy is as follows:

Attention: the above strategy should only be applied when you have already found a consistent team that works for you. If you haven't found it yet, focus 100% of your resources on unlocking the most "stolen" Seventh Senses in the game (Aphrodite, Camus, Luna, etc).

2. Dimension and Epic Ruins: if you're not strong, be support! 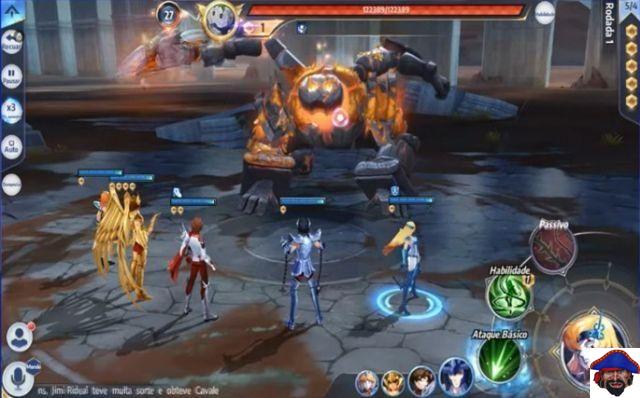 One of the worst mistakes you can make in Dimension and Epic Ruins modes is choosing a Knight who spends a lot of energy even though he's weak and takes a long time to kill. Do not do this! Most players entering these modes want to complete them as quickly as possible, so don't waste your party's energy if you're not going to kill the mobs.

In case you don't have Knights with enough damage, contribute to the team by choosing Supports that can greatly accelerate victory. Another option, of course, is to use skills that don't waste energy. Either way, both options will make the battle go much faster.

3. Only use Development Books on the best Knights 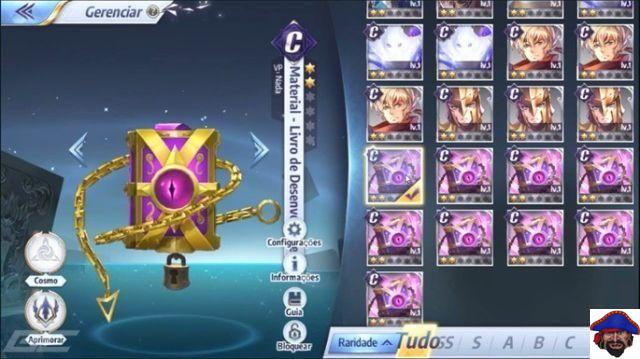 Development Books are one of the most useful and scarce resources in the game. For those who don't know, Books work like any character in the game, with the difference that they cost MUCH LESS XP Potions to level up. For example, to take an A-rank Knight to level 20, you need about 180 XP. To take a Development Book to level 20, less than 70 is needed!

So, to level up your Knights to 4 stars, Development Books are definitely the best “food” you can get, that's why they're so rare.

How to get Development Books

Many players don't know, but the best way to get Development Books is by doing the quests in the History>Legends of the Knights menu. Each of the manga offers a Development Book in one of the quests (usually the last one). Try to complete all the manga and SAVE the books!

You also have the option to farm Book Fragments via:

4. Invest in Cosmos with better sub-attributes 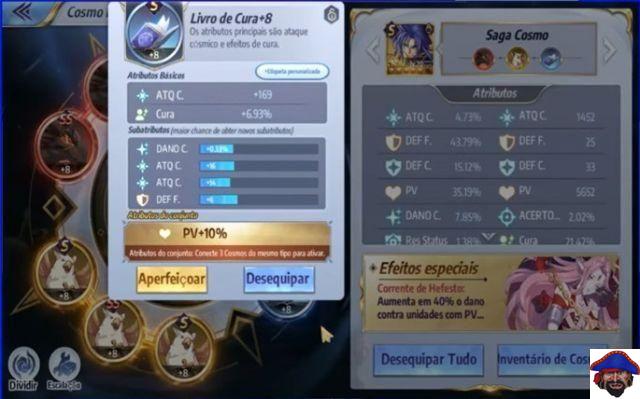 Choosing the correct Cosmos for each Knight is mandatory if you want to get far in Saint Seiya: Awakening. So, if a character deals damage with Cosmic Attack, there's no reason to invest in Physical Attack Cosmos and vice versa.

But the matter does not end there. If you want to reach the maximum potential of your Knights, you should also be concerned with the sub-attributes of each of your Cosmos, as they are the ones that will really make the difference in the higher levels of the game.

To find out which Cosmos you should invest in by the end, do the following:

Note that the strategy is quite simple: just focus on those with 100% success. Any upgraded Cosmo that appears with a bad sub-attribute, forget it. With the best possible attributes and sub-attributes, use the Cosmos Refinement system to raise the values ​​and that's it. Better impossible! 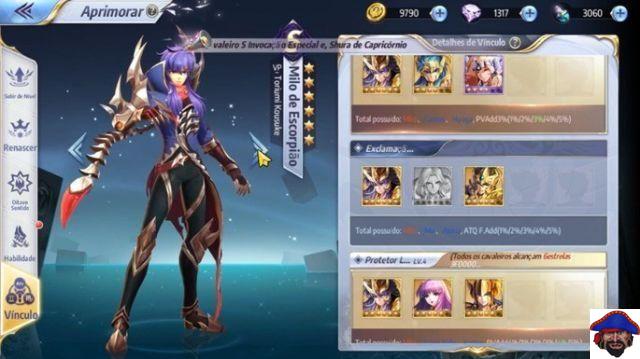 With the absurd amount of things to do in Saint Seiya: Awakening, many players end up not even realizing the importance of Bonds. If you don't know, Bonds are found in the "Enhance" menu and are sort of synergies that each Knight in the game has with other Knights, making each one receive bonuses in certain attributes.

In fact, Bonds don't look like much at the beginning of the game as the values ​​don't seem all that attractive (1%, 2%, etc…). However, believe me, these extras make all the difference in Knights level 70 or higher.

Imagine that you have already leveled up your character in every way, including all of your upgraded and refined Cosmos. This is the time to revisit the Bonds menu to seek out the 5% bonus (maximum value offered in Bonds) for all available attributes. You will notice that what seemed little at the beginning of the game has now become an extremely relevant addition.

Audio Video 5 advanced tips from Saint Seiya: Awakening to get you far!
5 Tips to Increase Overwatch FPS on PC ❯

add a comment of 5 advanced tips from Saint Seiya: Awakening to get you far!