30 facts about Minecraft you didn't know!

That Minecraft is a huge success, everyone already knows. But did you know that it's even considered a school subject in one country, but almost banned in another? What is "Minceraft"? What language does the Enderman speak? Check out the answers to these and many other Minecraft trivia below!

The Alpha version of Minecraft was created on May 16, 2009 and published 1 day later. Development of the game continued after its release, with several updates to follow.

2. Minecraft was created by Markus Persson

Minecraft was created by a Swedish programmer named Markus Persson. In the same year (2009), Persson also founded the company Mojang, responsible for the creation and subsequent development of Minecraft.

3. Minecraft is a combination of the words "mine" ("mine" or "to mine") and "craft" (to manufacture with your hands).

Both words refer to the main mechanics of the game: mining resources and using them to craft things.

4. Minecraft was inspired by other games 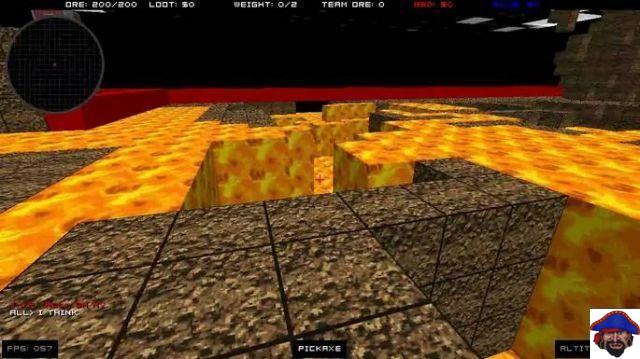 5. The first version of the game was created in 6 days!

Just as God created the world, the Alpha version of Minecraft took just 6 days to complete, with work starting on May 10, 2009. 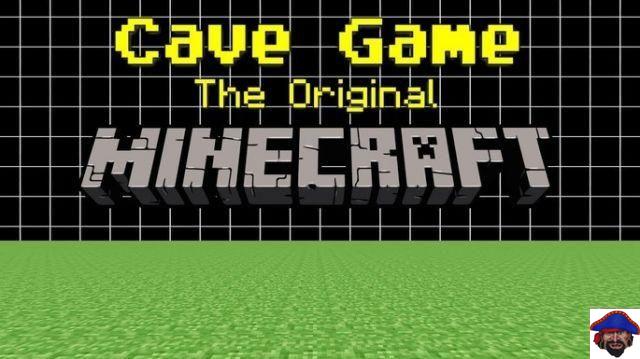 7. Persson is known worldwide as "Notch"

The Minecraft creator is much better known around the world by his nickname "Notch", which can be translated into our language as "notch". The nickname is even Persson's name on Twitter.

8. The name of the Minecraft creator company is a Swedish word

"Mojang", the name of the company created by Persson to develop Minecraft, is a Swedish term meaning "device" or "device".

9. Every now and then the game gets its name wrong 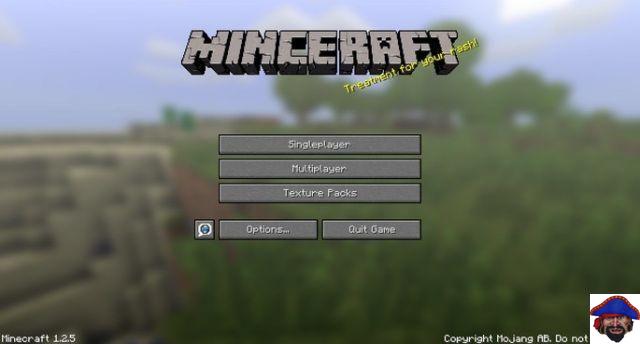 In a very rare kind of prank, Minecraft misses its own name in the main menu, showing "Minceraft" instead. This is estimated to happen 1 in 10 times you run the game.

10. Minecraft is a product that sells itself!

According to a study conducted by the University of Pennsylvania School of Communication, only 1/3 of Minecraft players learned about the game through company marketing. The other 2/3 were attracted by friends or YouTube videos.

11. Minecraft is the game with the most views on Youtube

12. It doesn't look like it, but the world of Minecraft has limits

Although it is commonly referred to as "infinite", the world of Minecraft has limits. Markus Persson has already posted on his personal blog that, as you progress through the map, the game generates and saves regions of 16x16x128 blocks. The further you advance, the more regions will be generated and eventually the game will start to have bugs and erase previous regions.

In case you want to test the limits of the Minecraft world, it takes, on average, 820 hours advancing through the map before the bugs mentioned above start to appear.

14. There are more than 350 yellow messages for the main menu

You know those little yellow messages that always change in the main menu? It is estimated that there are more than 350 of them! New Achievement: Read them all! Somebody else? 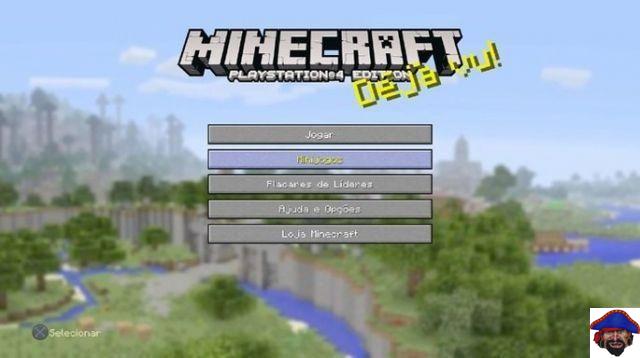 15. Minecraft is a compulsory subject in a school in Sweden!

In 2022, the Viktor Rydberg Secondary School in Sweden introduced Minecraft as a mandatory subject for 13 year olds on the grounds that the game is important for studies of city planning, environment and even personal organization.

Although it's not a required subject, more than 15 schools in the UK use Minecraft as a learning tool in a variety of areas.

In June 2022, Markus "Notch" Persson took to Twitter to express a lot of frustration with the politics involved in managing Minecraft and announced his interest in selling his Mojang shares.

Three months after the aforementioned tweet, Microsoft itself announced the purchase of Mojang for $2.5 billion.

19. Minecraft was almost banned in Turkey

In 2022, Turkey's Minister of Family and Social Policy recommended that the game be banned in the country for being too violent...ahem...


20. Creepers were created by accident

Like many famous villains, Minecraft Creepers were also created by accident. When Notch tried to breed a pig in the game, he accidentally swapped height for width. The programmer liked the result and made some more adjustments to create the monster we already know.

The lines of the great villain Enderman, although incomprehensible, are actually sentences in English! What the monster says are simple things like "Hello", "How are you?" this way!" played backwards and decelerated.

22. The sounds made by Ghasts are that of a cat yawning!

That's right. The terrifying sounds produced by the Ghast mob were recorded by one of the game's producers as he captured his cat's yawns...

23. The whole of Denmark has already been recreated in Minecraft 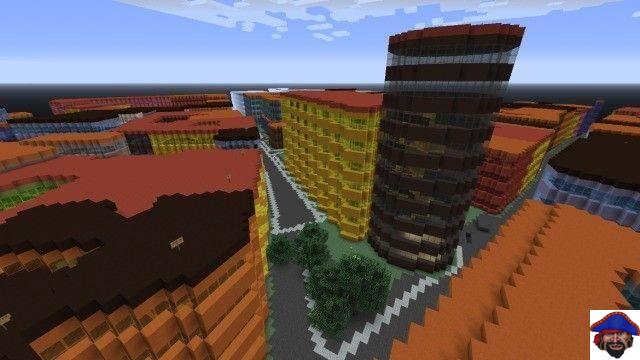 The Danish Geodata Agency has already recreated the whole of Denmark in Minecraft at full scale!

24. Minecraft has a LONG list of broken records in the Guinness Book

The Guinness Book (Book of Records) has many records related to Minecraft, not only the numbers of downloads and sales, but also achievements within the game such as the biggest trip, the biggest construction, the biggest fictional world, etc.

25. Minecraft is the best selling game of all time

With 200 MILLION copies sold, Minecraft is the best-selling game of all time. In second place is GTA V with a measly 120 million copies sold... 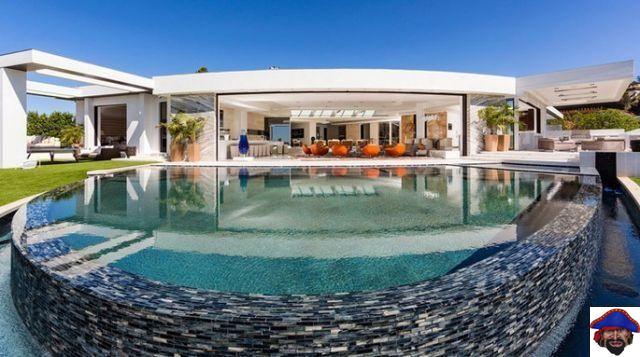 With so much money coming from the success of Minecraft, Markus "Notch" Persson won an auction for a Beverly Hills mansion in which he was vying with Beyoncé and Jay Z.

That is, 3 days pass in the game in 1 hour of gameplay. Math!

28. There are 111 Achievements to be obtained in Minecraft

The Bedrock version of Minecraft has 111 achievements to be obtained. All of them are linked to the user, that is, no matter which world the player is in, his achievement will still appear in others.

29. Minecraft has an interactive series on Netflix 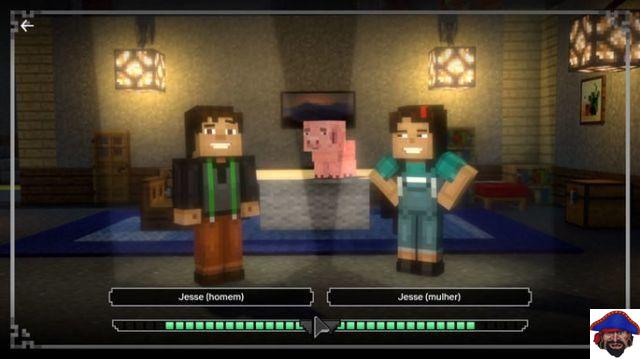 Minecraft Story Mode is an interactive series released in 2022 on Netflix. In it you actively participate in an adventure in the Minecraft universe. Adding all the episodes, the story is almost 6 hours long.

The idea was originally thought to be the world opposite the Nether. Unfortunately the idea was discarded.

add a comment of 30 facts about Minecraft you didn't know!