Strategy games are great, but when they bring up the theme of war, they're even more fun! So see 30 strategy games focused on the most diverse types of war conflicts! From the Romans to outer space, discover titles spanning the US Civil War and WWII! 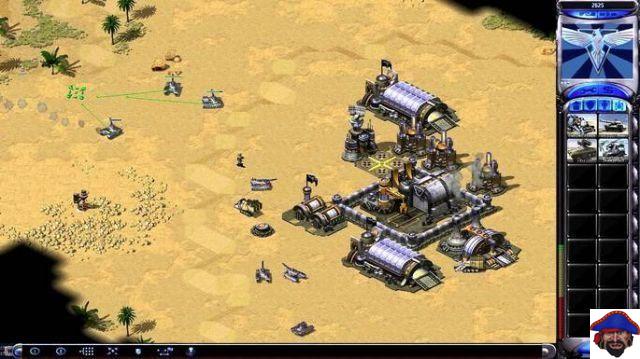 Command & Conquer: Red Alert 2 is one of the most classic war-themed strategy genres. It follows the Allied campaign from the first game, pitting Allies and Soviets against each other. The fact that it has an ending that depends on your actions is unprecedented in the franchise and is innovative for the genre.

The game features several cutscenes with real actors, who lent their faces and voices to characters in the game. Even 20 years after its release it is still one of the best of the genre, having been the basis for other games of the style. 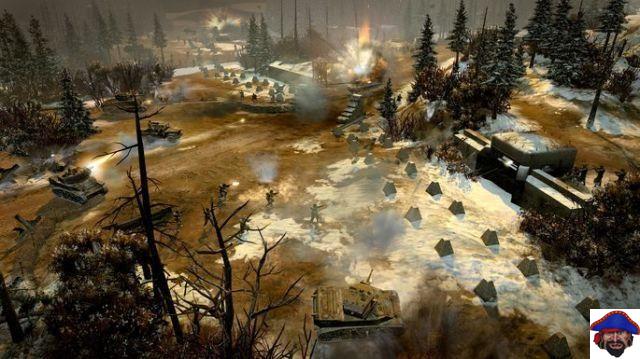 Company of Heroes 2: Ardennes Assault continues the campaign of the first game, showing the unfolding of World War II. The game takes place in the Battle of the Bulge, one of the bloodiest conflicts of WWII. Take command of the American army and face hundreds and thousands of Nazis in this intense game, with beautiful graphics and a realistic setting! 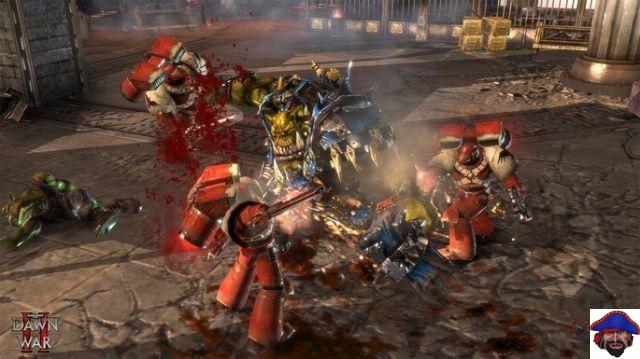 Warhammer 40,000: Dawn of War II is similar to Company of Heroes in its gameplay, but the war here is interplanetary. The focus is on 3 points: building armies, creating defense strategies and hand-to-hand combat. Much of the game is in choosing the missions and planets that you will invade, which, in itself, makes the game quite fun. 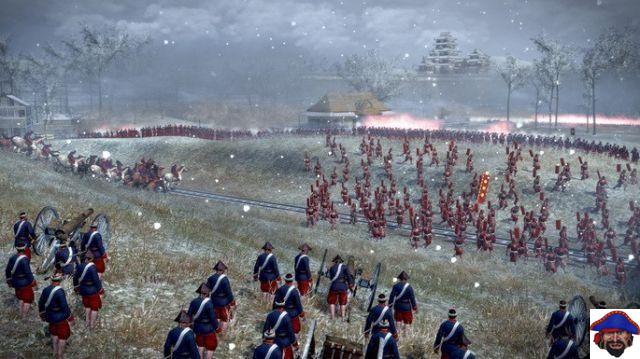 Shogun 2 features 8 factions from XNUMXth century feudal Japan. You start at a location on the map and must evolve your clan and dominate all others. The whole idea is reminiscent of games like Age of Empires, where you have to oversee all aspects of the war, but also the evolution of the base. Something cool is that weather conditions interfere with battles! 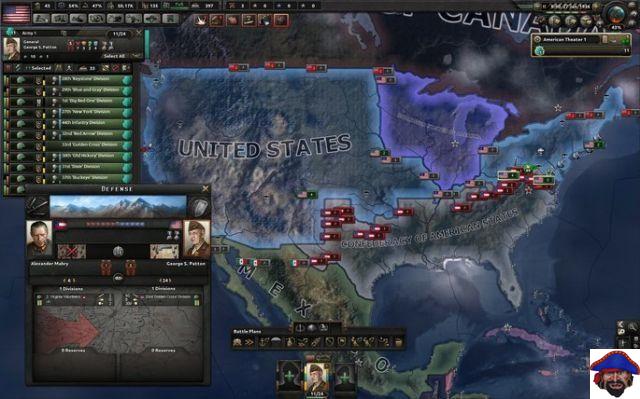 Hearts of Iron IV allows you to control any nation that existed in the world at the time of World War II, including our country commanded by Getúlio Vargas. The game takes war strategy to an almost professional level, it's so realistic, with unique details in the way you relate to other countries and the War itself. 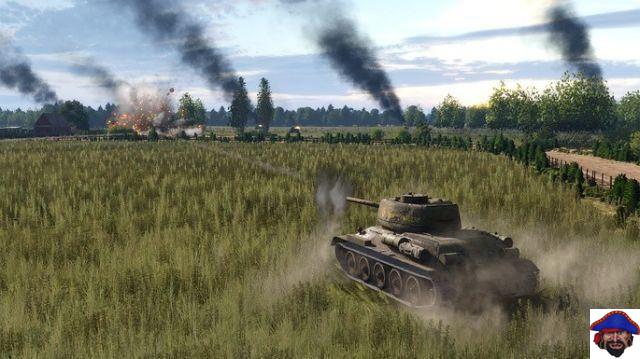 Combat in Steel Division 2 is real-time, but the other aspects of the game are turn-based. Each shift corresponds to half a day. The fun thing about the game is that you can control both the Allies and the Axis, and each side of World War II has its well-defined particularities. 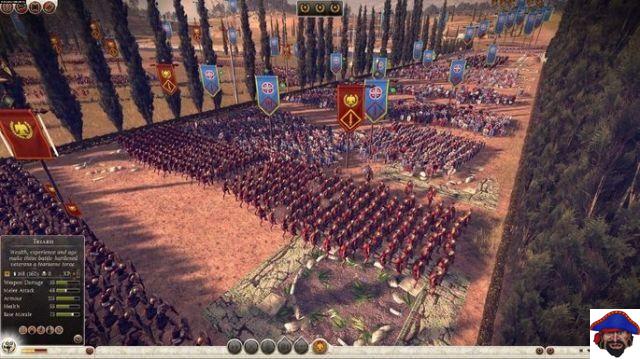 Rome: Total War II is one of the best strategy games ever created. The freedom of exploration, creation and evolution of your Roman Republic is enormous. All decisions affect your development, which means you can either have an Empire or fail along the way. And the coolest thing is that not only Europe is available, but also Asia! 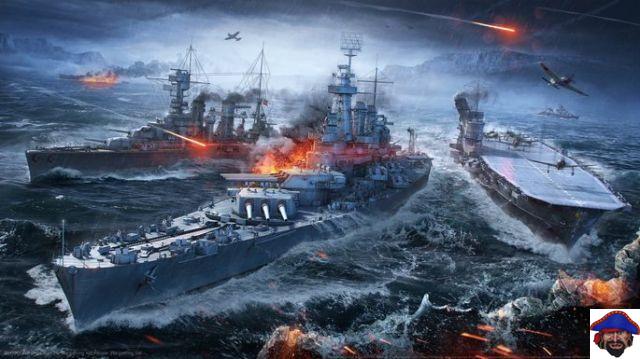 The game World of Warships brings frantic and intense battles for control of the world's seas. Choose your side of the battle, build and evolve your fleet, and engage in turn-based conflicts that will demand your wits and quick wits. A modern naval battle full of surprises and different game modes. 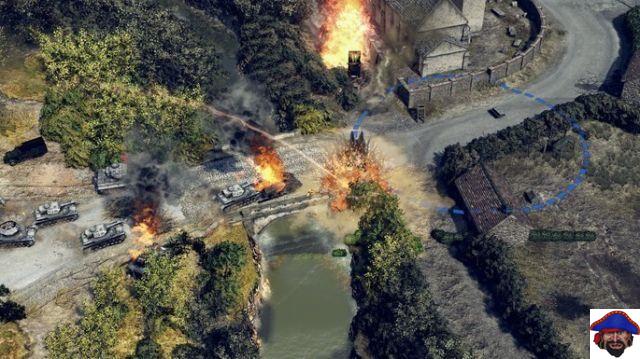 Another great WWII strategy title. In this case you have 3 different campaigns: Allies, Axis and Soviets. Each of them has at least 20 unique missions, with the possibility to choose famous WWII commanders to lead your troops. 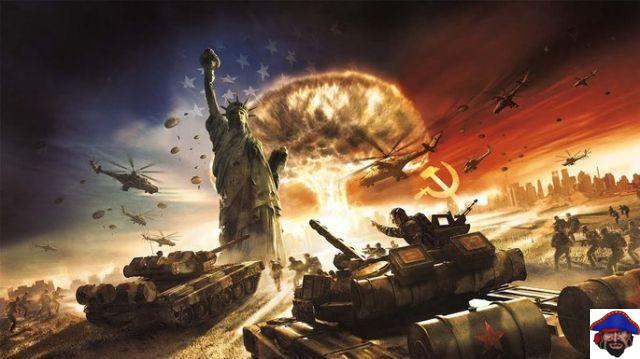 World in Conflict takes place in 1989, during the Cold War. Here the Soviet Union does not dissolve, leaving for an armed conflict that puts the whole world in confrontation. You control the United States, and there are much more action elements than strategy, which makes the game more dynamic and intense. 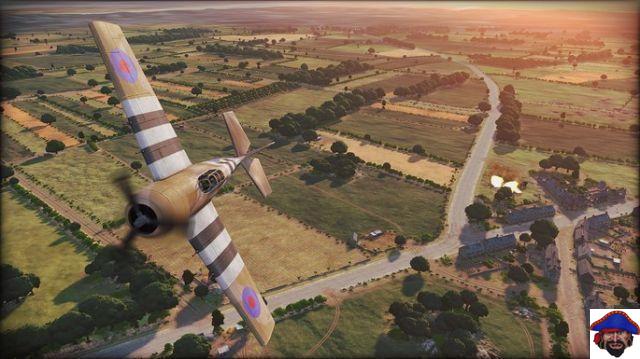 The first Steel Division is as good as its sequel. It takes place in the Battle of Normandy, in France, in which the Allied armies defeat the Nazis and reclaim French territory from the hands of the Germans. The single player campaign is divided into 3 versions, while the multiplayer features 10v10 two-team battles. 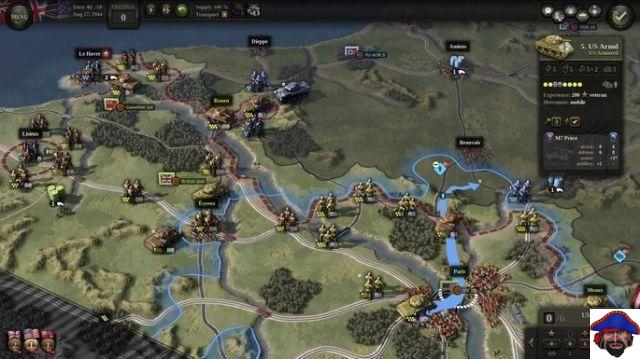 In this game you control the Allies, as you advance through Europe controlling Axis lands and territories. In the same way you can reconstruct the history of the Second War, according to your decisions in the campaign. There are several features that make strategy a very fun part of the game, in which you must control all aspects of the army to succeed. 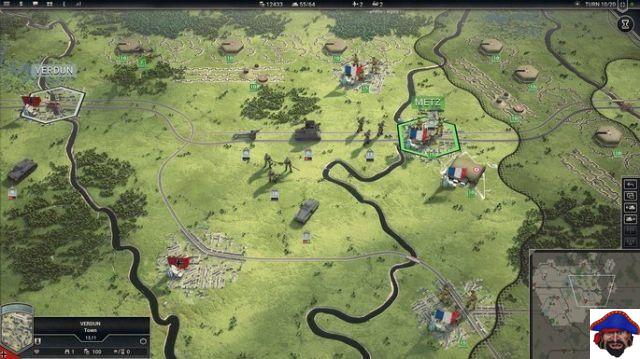 Panzer Corps 2 is visually similar to the previous game. The campaign has more than 60 scenarios, with a huge map! Exploration is intuitive, and the degree of difficulty increases as you expand your territory conquest. Control both the Allies and the Axis in intense battles for control of Europe. 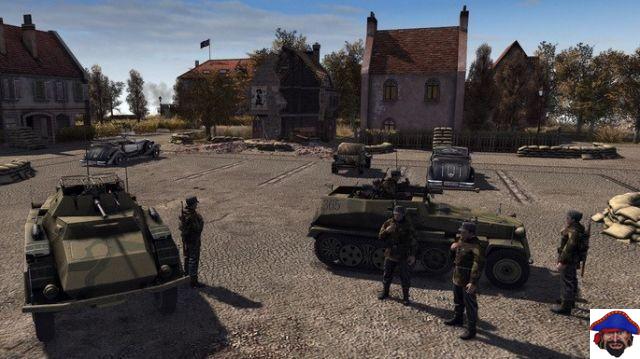 Men of War: Assault Squad 2 has a very varied gameplay, as you can battle using from war tanks to snipers. The strategy adopted to defeat enemies will totally depend on your style of play, so this is an advantage over other games of the genre. 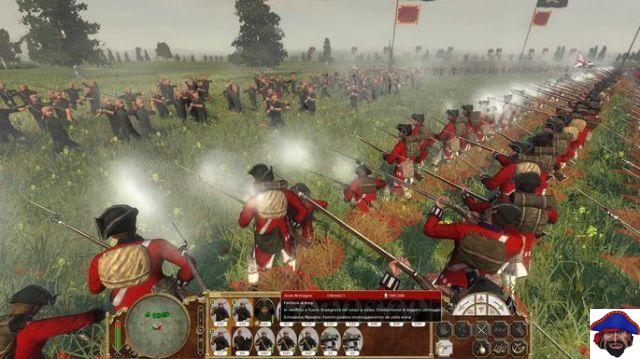 Another game in the Total War series, which takes place between the 8th and the 100th century. The theme is in the conquests, in which countries face the natives of their colonies to maintain their domains and expand territory. There are XNUMX factions, and a match can last up to XNUMX turns! 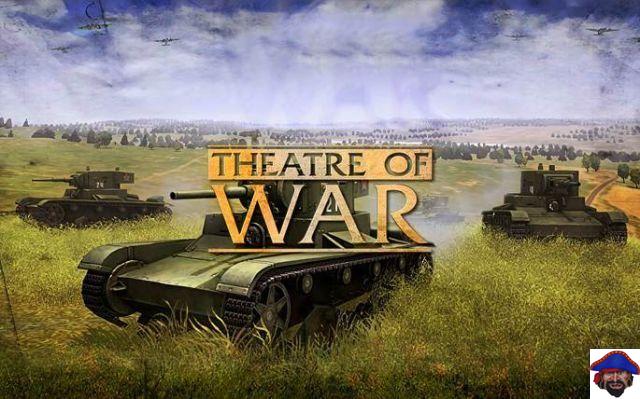 Another beautiful game set in World War II. There are more than 40 missions in which you can control both Axis and Allies, in addition to the Soviet Union. You can control tanks, infantry and many other units in large-scale pitched battles. 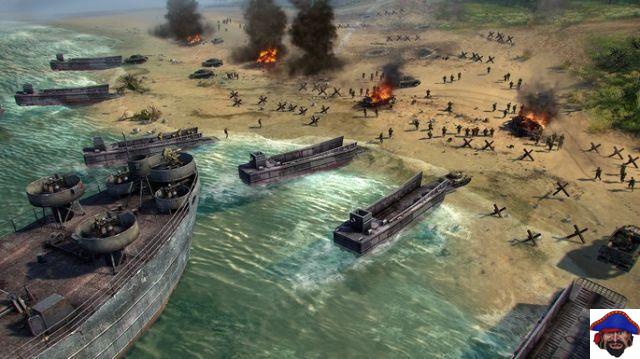 Regarding World War II, Blitzkrieg 3 is one of the most faithful games to the conflict. There are more than 200 units that represent military units of the time, in addition to more than 60 missions that depict historical events. The game is huge, and has PvP, PvE and PvAI battles. 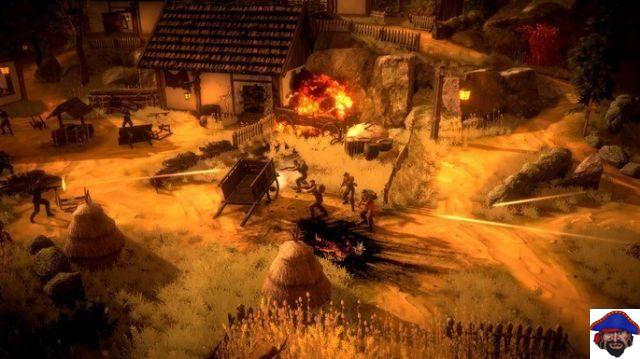 A tactical RPG, with strong narrative elements, which guide the player's actions. It accompanies 8 soldiers controlled by you, who are trapped behind enemy lines. Your mission is to save them and bring them back home safe and alive, having to make strategic decisions. 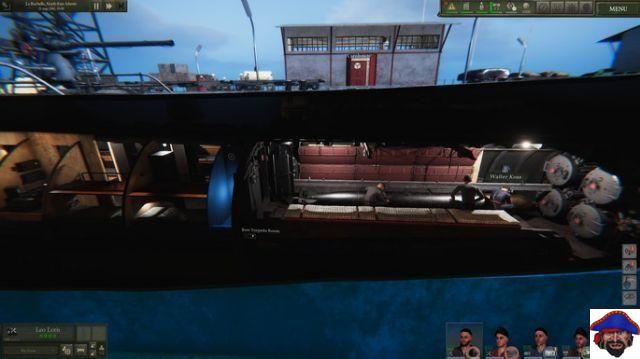 UBOAT is a super hard game. You control the crew of a German war submarine. You must make them successful in their war endeavors, but also see to it that their needs are met. Hunger, sleep, thirst are some points you should not lose focus on. 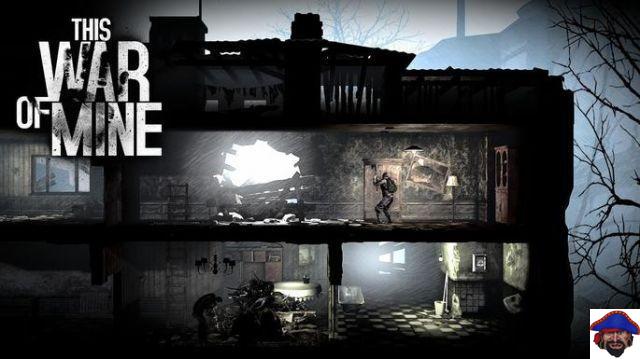 This War of Mine is similar to UBOAT, but here you must survive the war in Sarajevo as a civilian. Collect resources, weapons and other items that will allow you to survive as long as you can, trying to get to the end of the conflict alive and with a sane mind. 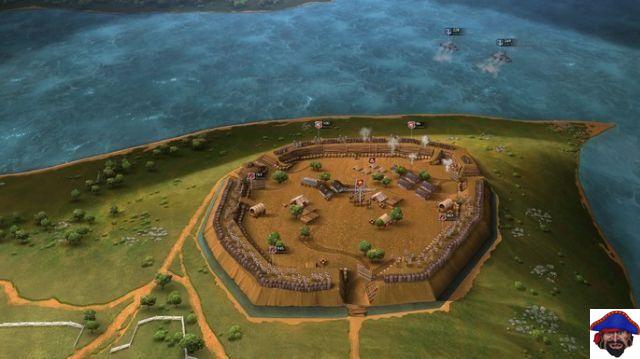 Ultimate General: Civil War brings the American Civil War in a really cool and in-depth perspective. It's one of the best games over that period, with over 50 battles, which can last as long as minutes! Choose your side and prepare your army! 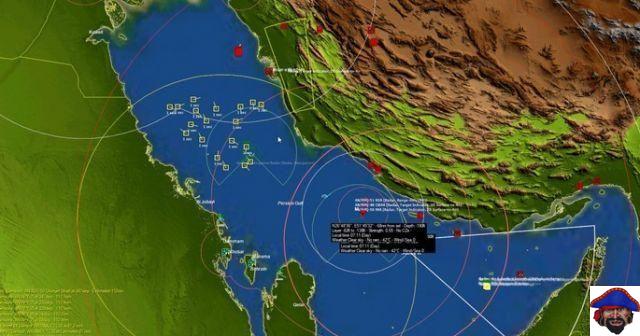 Command: Modern Air Naval Operations is very tactical, which may not appeal to some players. You command entire fleets of ships from a command room, using a satellite. Despite being visually simple, it requires a lot of patience to be understood and a lot of reasoning for you to master all the mechanics. 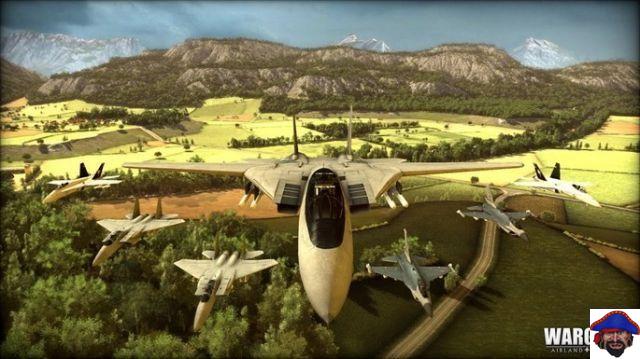 Wargame: AirLand Battle focuses on battles with planes, but you can also command infantry and tanks. This game is massive, bringing real-time battles that can have hundreds of units in the same space at the same time. The cool thing is that it can be played cooperatively with a friend. 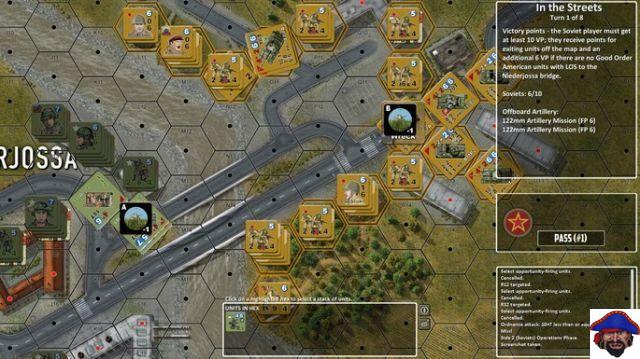 This board game on PC is a success because it is one of the most demanding of players' strategy. Choose your side in World War II and collect unit and action cards to defeat your enemies. 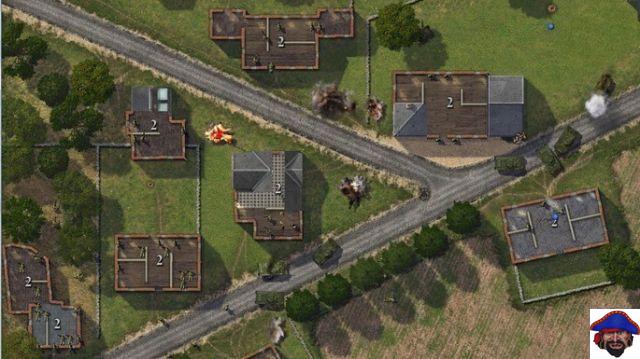 Despite being old, Close Combat is one of the great war titles for PC. With a 2D Top Down perspective, you start with a small troop and advance through the territory, taking enemy buildings by storm in real time. 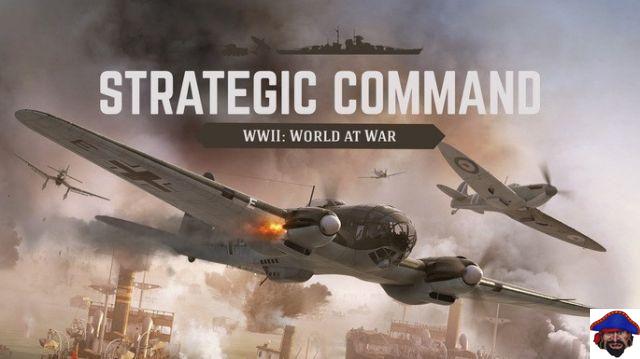 One of the most massive war and strategy games ever made, you have the entire planet as a map and all the nations available to control and face. Don't be fooled by the simple graphics, as the gameplay is fantastic, requiring players to be very quick and decisive. 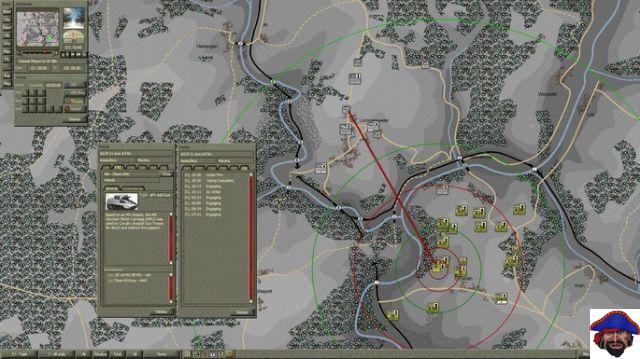 Command Ops 2 puts you as the leader of a military corporation. Make tactical, operational decisions and go into action to face enemies. It is one of the most realistic strategy games, as it is real-time, and no action can be undone, causing unique consequences in your gameplay. 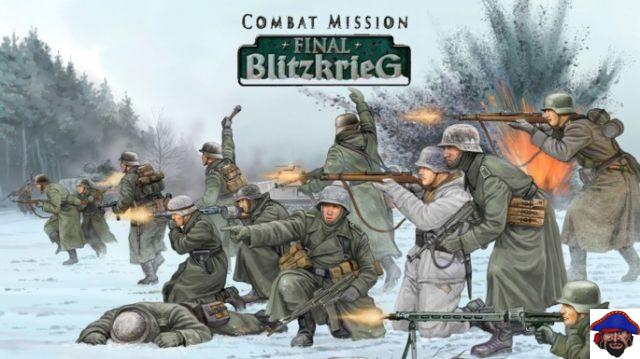 Combat Mission: Final Blitzkrieg is focused on just one period of World War II, the Battle of the Bulge. The game has modest graphics and a game mechanic that reminds a little of the first Medal of Honor, PS1 classics! 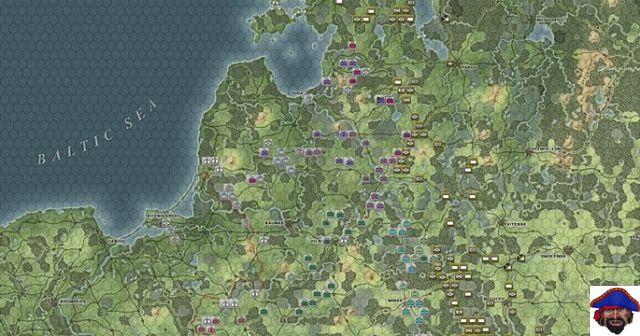 Gary Grigsby's War in the East is almost a WWII board game. The focus is on the battle for the East, between Germany and the Soviet Union. The map is huge, and the game takes place within 5 years of the conflict. Choose your side and bring home victory! 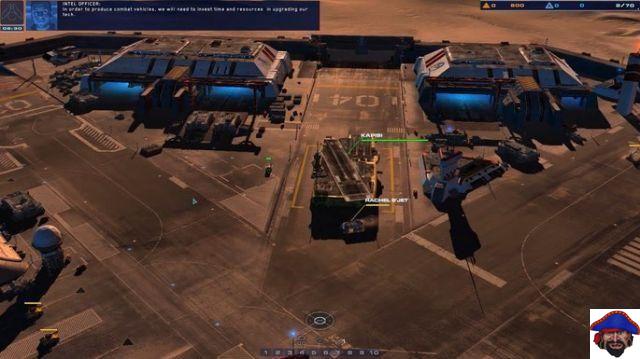 Homeworld: Deserts of Kharak is an evolved Command & Conquer, both in terms of graphics and mechanics. Everything happens in real-time with the ground-based units. It strays far from the WWII theme, bringing a story that takes place in space.

Other lists with strategy games:

add a comment of 30 Best Strategy War Games for PC!