Playing with friends has never been as easy as it is today using a cell phone. That's why we recommend 30 multiplayer games to have fun with the crowd if you have an Android smartphone!

They are light games of the most varied styles, which will please all types of players! Check below a summary of each one, with links for you to download immediately. 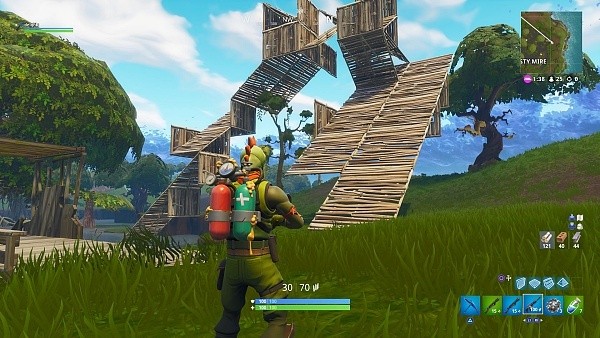 Just like in PUBG Mobile, here you are dropped on a multiplayer island with the goal of only one survivor remaining. However, the game has lighter and more fun graphics than its predecessor.

Another difference is the construction system, essential for its survival. The game is also constantly being updated, keeping players busy with new content. 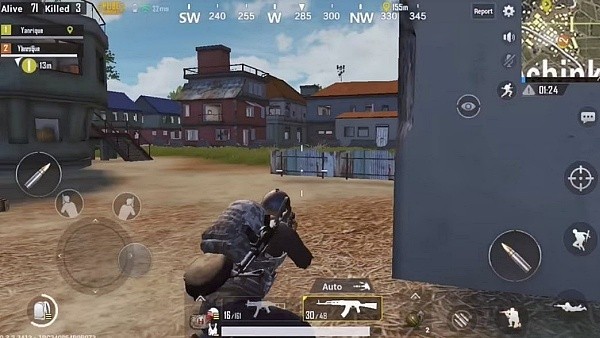 PUBG Mobile is undoubtedly one of the best online multiplayer games for Android. Here, 100 players are placed on an island and aim to pick up weapons to fight each other until only one survivor remains.

The game has a solo, duo and team mode, including several maps and a wide variety of weapons to use during matches. 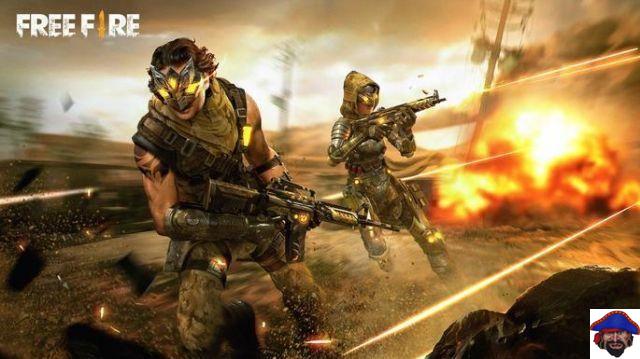 After Fortnite, Free Fire is perhaps the most played Battle Royale on mobile phones. There are a total of 50 players that land on an island, and they must fight each other for the position of the only survivor.

With constant updates, Free Fire continues to be one of the great titles for those who want to have fun with friends and, of course, with strangers in intense matches and with a lot of shooting. 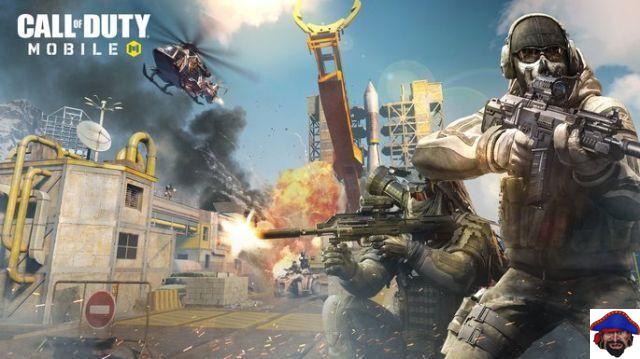 Call of Duty Mobile surprised when it was released as it brought one of the most famous shooter franchises to mobile. With Battle Royale, Multiplayer and Ranking Mode, it brings many options to play with friends.

A mix of CS:GO with PUBG that is a hit! 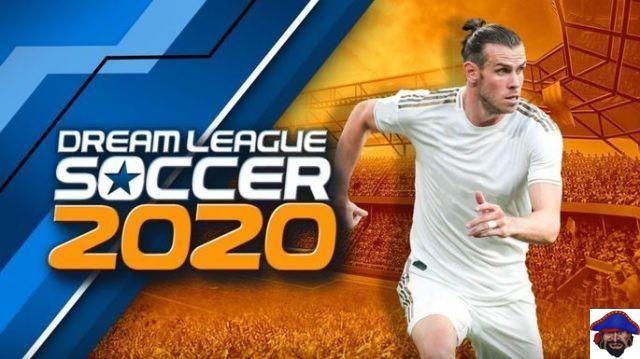 Dream League Soccer is one of the best Soccer games for mobile. Manage the signings, the stadium, go to the field and win the matches scoring goals. A complete game that improves with each edition.

And of course you can assemble your team and play against a friend to see who has the best squad. Which makes the experience even better! 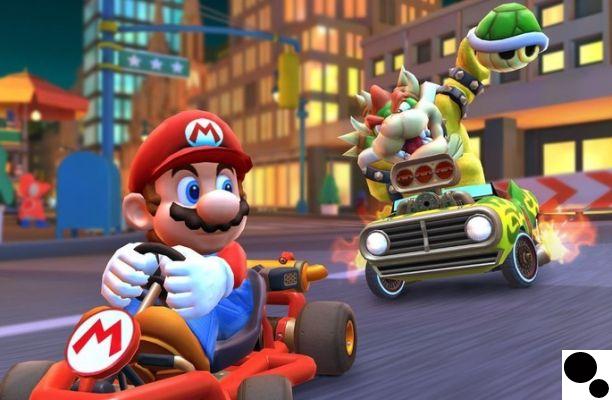 Mario Kart Tour launched well, but without a multiplayer mode. Now that you can play with your friends, the game is properly complete and much more fun.

So choose your favorite driver and keep climbing the rankings, fighting point by point who is the best driver of the bunch! 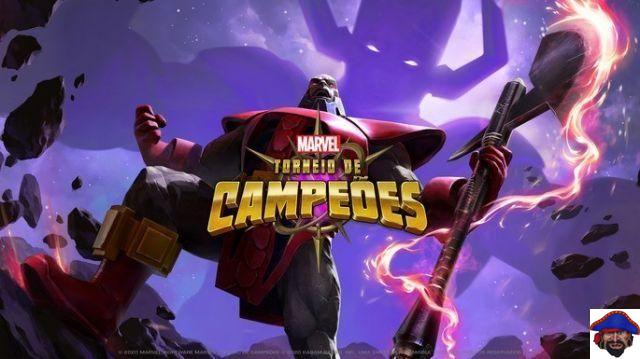 Marvel Contest of Champions brings virtually every hero and heroine from the House of Ideas into a single game. Level up in Story Mode and grow your collection of fighters.

When they are strong enough, fight online against your friends or against unknown players. 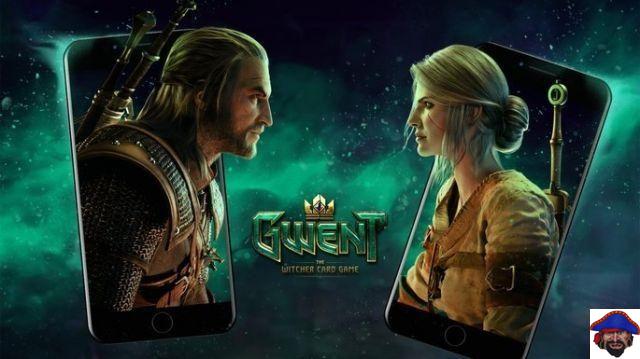 Gwent arrived on Android recently and has already become a fever among gamers. Build a deadly deck in this Witcher 3 spin-off game and fight online to see who in your group of friends is the grand master of cards! 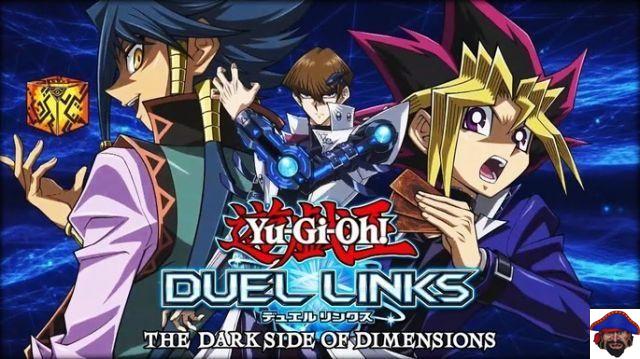 For mobile Duel Links is unbeatable in the Yu-Gi-Oh! You start in single player mode, but as you progress through the game, you unlock online duel modes. And since there are so many cards available, you'll have the chance to build a unique deck to defeat your friends. 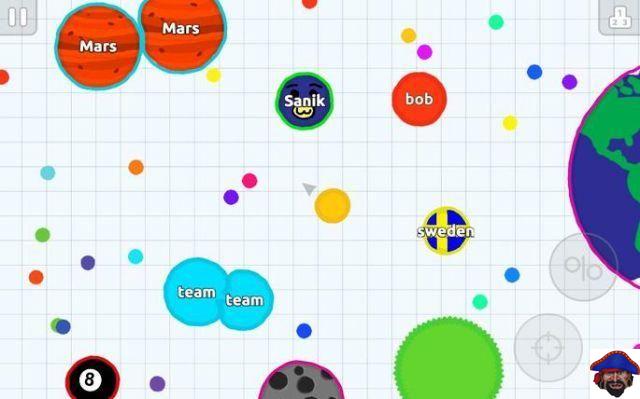 Agar.io is a very simple game that doesn't need a lot of power on your mobile. You control a cell, whose mission is to grow by devouring smaller cells. The longer you stay in the game, the more points you get. 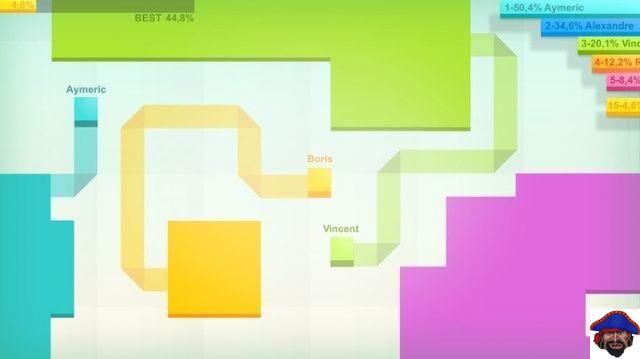 You will fight against other players for the possession of a territory on a sheet of paper. You must draw a line, forming new territory, before opposing players do the same to you. 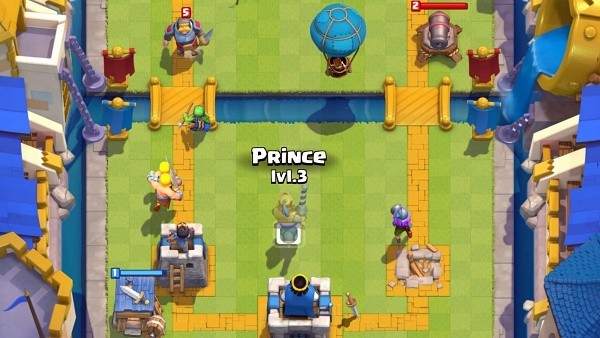 One of the most popular games for Android, Clash Royale is a strategy card game where you have to battle against other players to increase your rank. The game is also constantly being updated with new soldiers, so that the strategies are more diversified.


Clash Royale is one of the most popular mobile games ever, mixing real-time strategy, tower defense and cards. 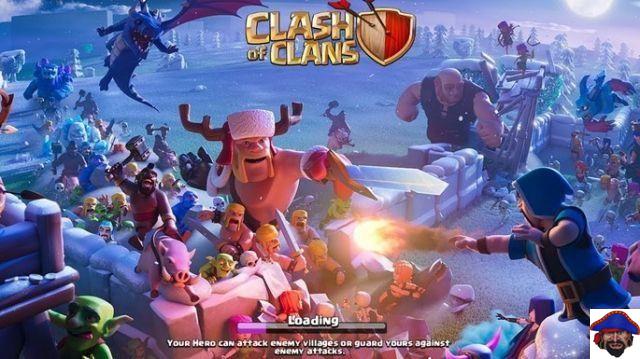 Clash of Clans is a good alternative to play with friends who like strategy games. If you connect your game account to Facebook, you can find them and attack their bases!

And, of course, you can always make alliances with them to borrow some resources or even to go to war with unknown players. 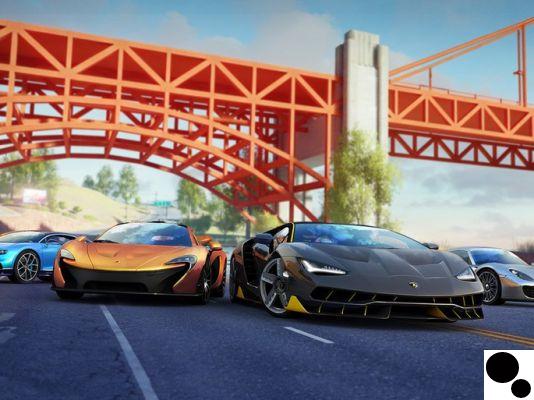 Asphalt 9: Legends is one of the great car games for mobile today. It has graphics worthy of a good PC, simple mechanics and easy to master. And several game modes, which is essential!

So you can either have fun online with your friends or go it alone in Career mode to unlock more cars. And best of all, totally real cars! 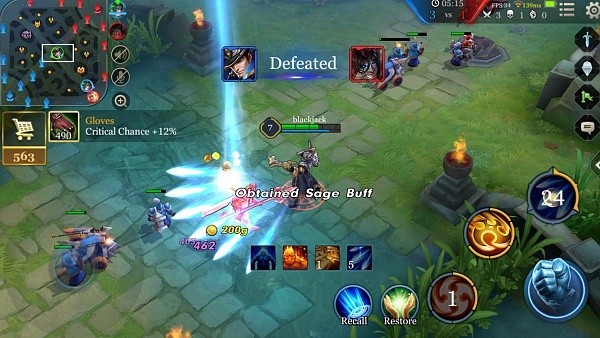 Arena of Valor is one of the best MOBA you can experience on your mobile. The player chooses a hero and joins a team with other members to fight the opposing team. The game has about 40 different heroes and several game modes, such as 3v3 or even 1v1.

In addition, Arena of Valor is completely free, with only some cosmetic content that can be purchased optionally and without changing the chances of winning. 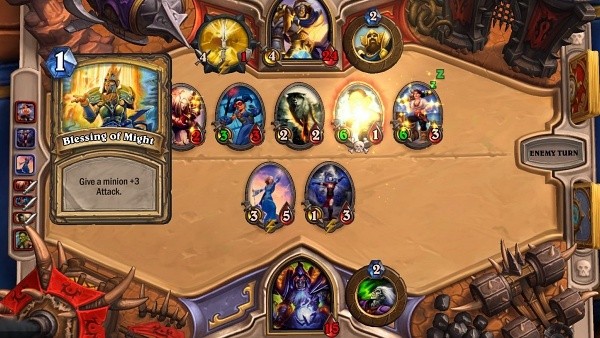 One of the best card games you can try, Hearthstone is an exciting and dynamic game. Its gameplay is easy to understand and the colorful graphics are very appealing. In addition, the competitive component leaves players glued to the game for hours.

Another advantage is that it is available on almost all platforms, and you can access your account from wherever you want. 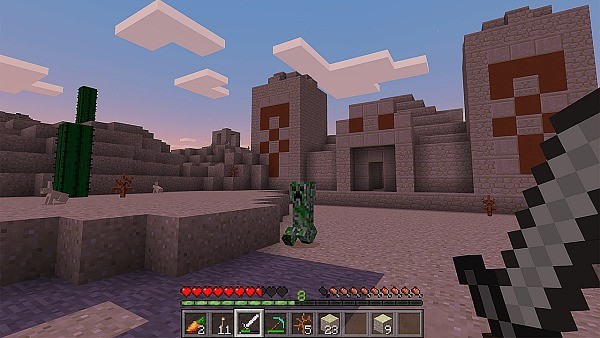 Minecraft is the most popular game ever and, although originally for PC, there is also a mobile version. In this game set in a pixelated universe, the player's objective is to build and protect his own world where the only limit is his imagination.

Create, explore and survive alone or with your friends in the portable version of one of the most popular games of all time. 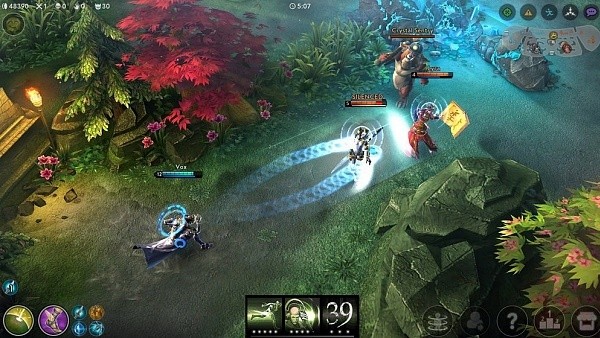 Being a MOBA game, you have to join a team of other players to defeat the opposing team. In Vainglory, you need strategy in attack, defense and also in the way you level up your heroes.

The game includes over 30 heroes to unlock and multiple modes to try out, providing countless hours of challenge and fun. 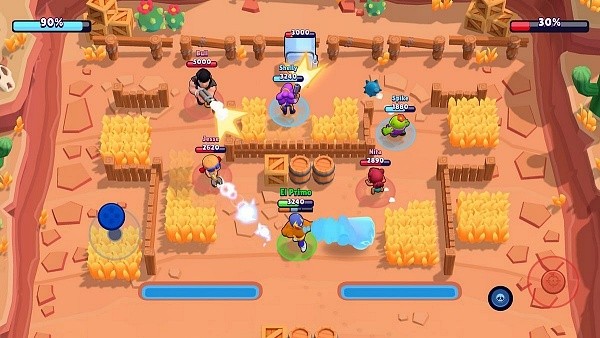 In this fun game developed by Supercell, you have more than 21 unique characters to unlock and multiple game modes. Here, players are released into an arena where they have to survive. 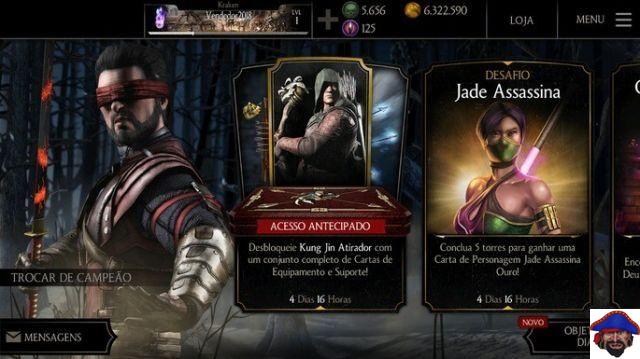 Mortal Kombat is not the same thing as playing on consoles or PC, but the title is well done. All the combos are there, as well as the specials and Fatalities.

It is an opportunity for you and your friends to meet in online game rooms to see who is the best fighter. 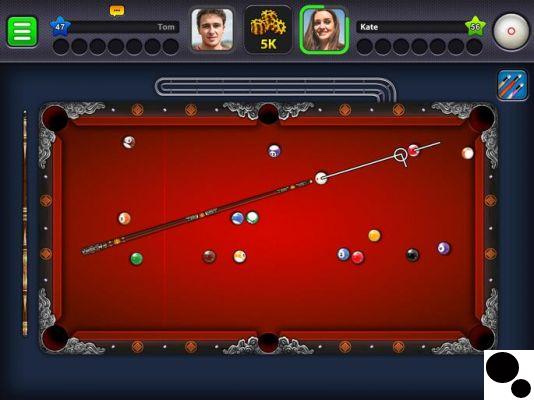 This is a classic that needs no introduction. After all, a pool with friends is always welcome. Even more online, vying for points to climb the rankings of the best players. 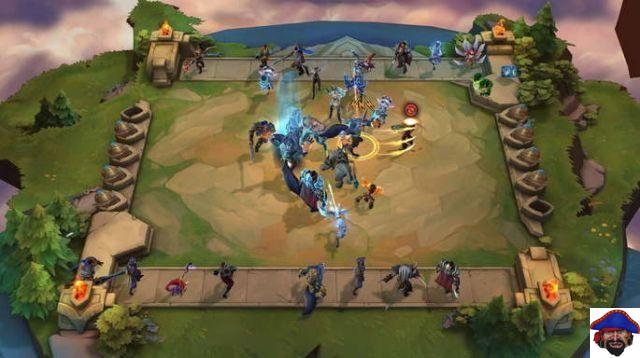 Teamfight Tactics is perfect if you like League of Legends and Autochess. Choose your favorite LoL characters and battle up to 7 other players online for victory on the board.

It's a good game for those who want to stay in this universe, but in a more simplified way and in matches with less duration. 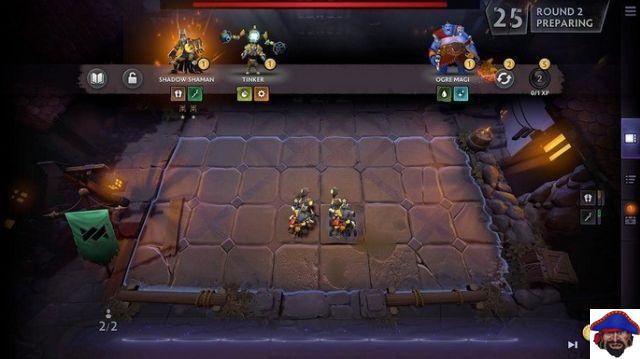 Dota Underlords is the version of Dota for Teamfight Tactics. Basically what you will find is an Autochess with characters and plot from Dotinha. And, of course, with a slightly higher difficulty level than Teamfight. 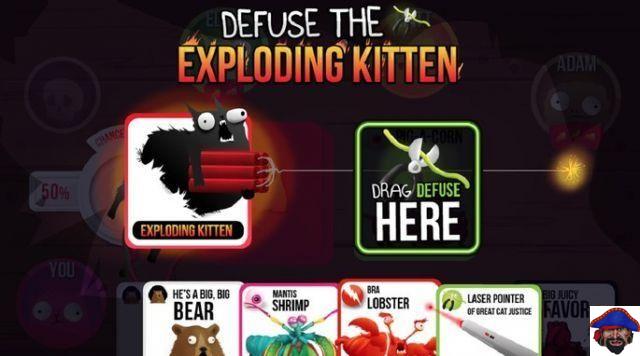 Exploding Kittens is a board game that has been turned into a mobile game. Basically the players are taking cards from the deck until one of them gets the Explosive Cat.

If you manage to disarm the cat in time, the player becomes active. If it fails, the cat explodes, removing the player from the game. The last player alive wins. Great for having a good laugh online! 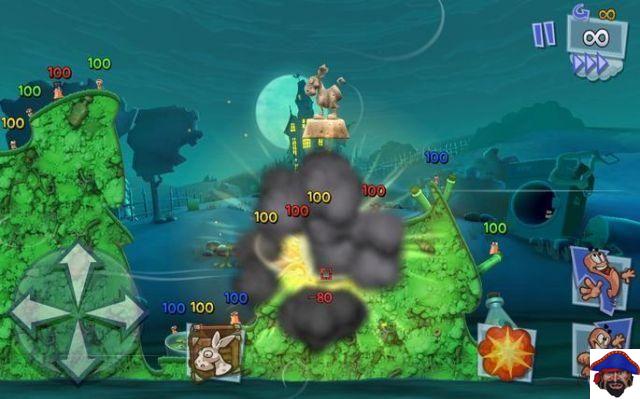 Worms 3 is one of the many classic games in the guerrilla worm franchise. Everything we like most about this title is in this edition: dozens of weapons and ways to kill opponents.

And, of course, the option to play online, even against your friends! 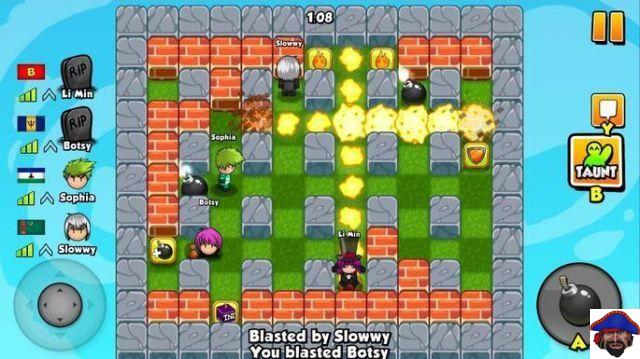 As you might imagine, Bomber Friends is a “generic” version of Bomberman. Despite being much simpler and with fewer game options, this game already gives you a good feeling of what it's like to play the original franchise.

And getting together online with friends or even other unknown players is even more fun. 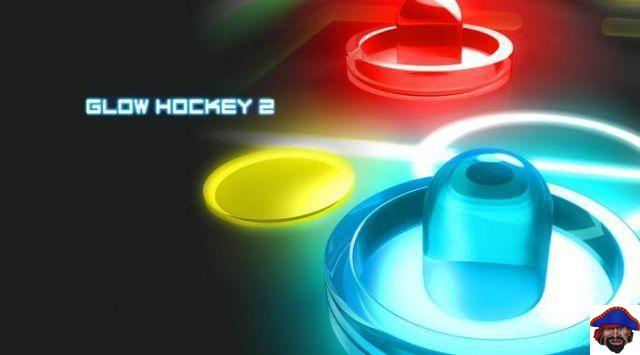 Glow Hockey 2 is the mobile version of that tabletop game in which two players must hit a puck into each other's goal. With the tip of a little finger you can play easily. It is quite addictive, mainly because there is ranking of the best players. 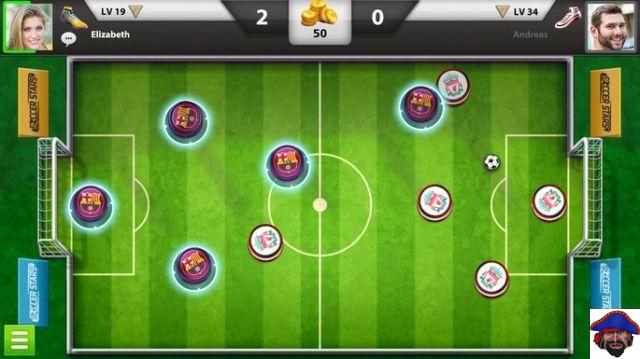 Soccer Stars is that perfect game for Button Soccer lovers. You'll choose your team by color and formation, and then enter individual game rooms.

You can choose to play with random players or book matches with people from your group of friends. It's an addictive, simple game that will keep you glued to your phone for hours. 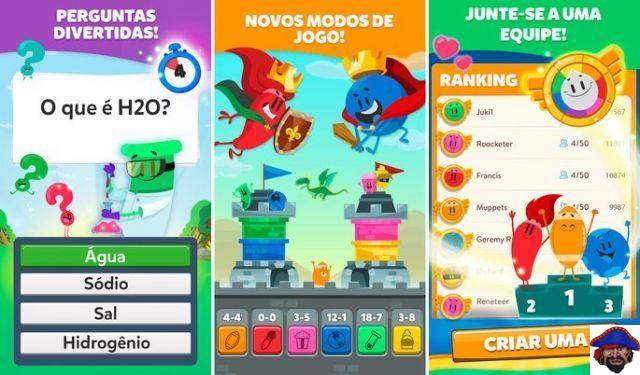 Asked is another classic. The second edition of the game is even more fun, with new questions and themes, which will make you and your class get into great disputes to see who is the smartest! 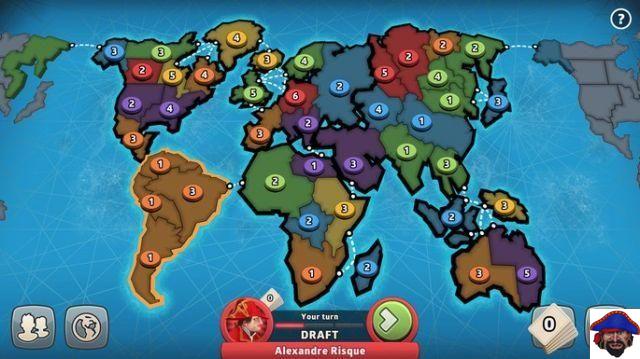 Risk is another board game that has been ported to cell phones. Here you and your friends will choose territories of the world to dominate. Whoever conquers all enemy territories first wins!

Other lists for Android you need to see: