25 building ideas to make in Minecraft!

In Minecraft, the only limit is your own imagination (and your ability to visualize, draw, sense of space, etc). So if you're looking for ideas to complement your world or just to test your building skills, check out 25 very interesting suggestions below for you to assemble and brag about later. 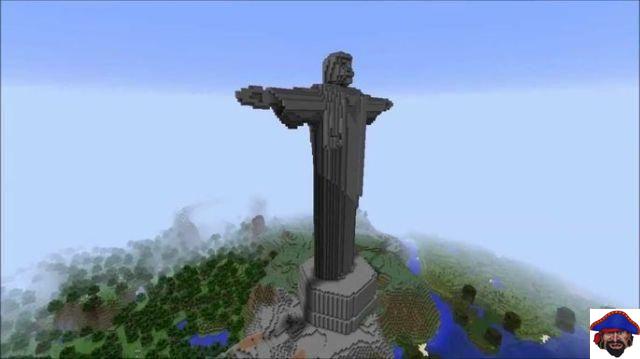 Probably the biggest postcard of our countryman, Christ the Redeemer is a great challenge for anyone who wants to start creating real buildings in Minecraft. 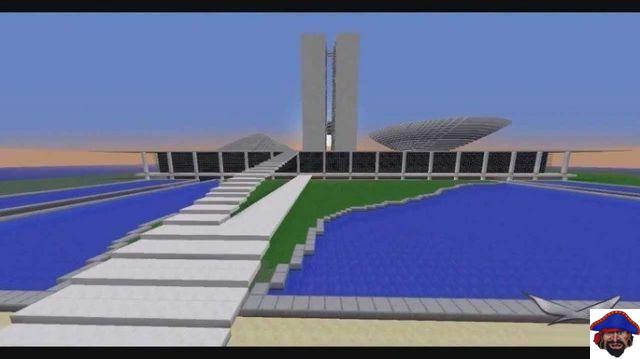 An image highly known to any countryman of ours, we learned the iconic format of the National Congress while still in school. 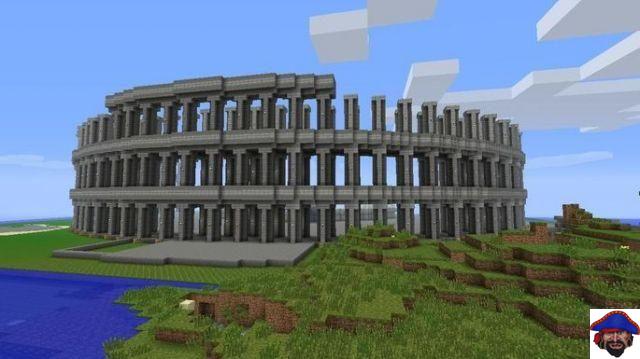 One of the 7 wonders of the world, the Coliseum is one of the most popular tourist attractions on the planet. Big in size, small in complexity, we'd say it's not even that difficult to play in Minecraft. 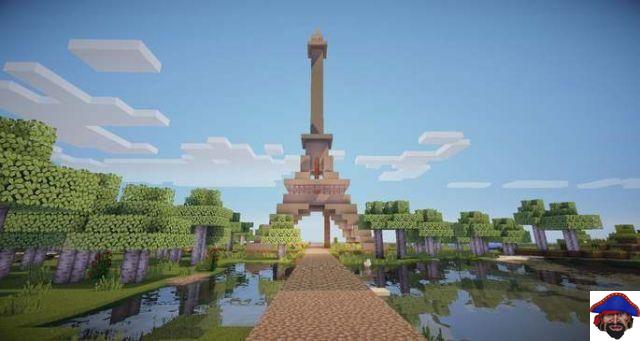 Following the world famous postcards, the Eiffel Tower is another one that does not require great skills to be done in Minecraft. The image above shows a beautiful example that, despite being very simple, immediately reminds us of the original. 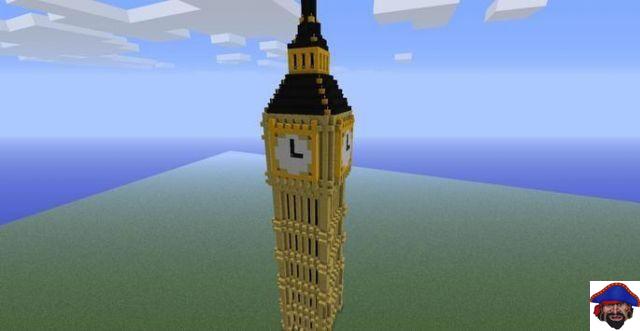 Let's face it, this one is easy! London's biggest postcard is one of the easiest additions you can have to your sights collection. 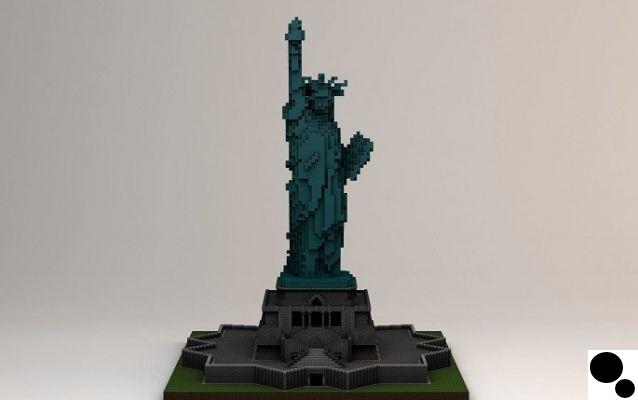 Increasing the difficulty level a lot, the Statue of Liberty requires a lot more skills to be made in Minecraft, especially since it requires human proportions. Even so, can you imagine all these postcards next to each other?? 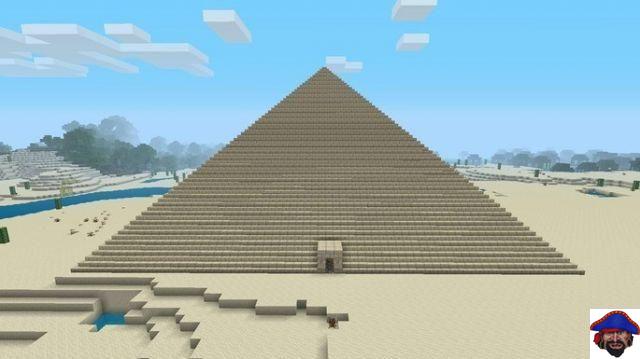 Briefly back to simple models, one (or more) pyramids would be pure ostentation in your world. 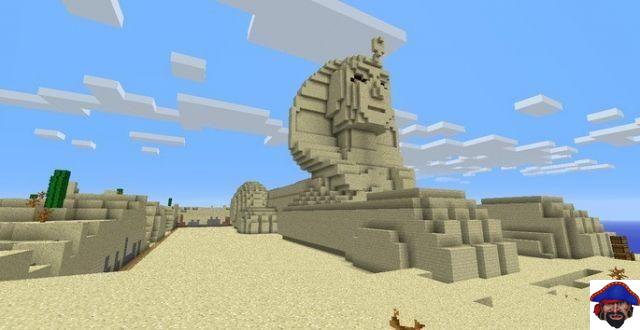 To complement the pyramid, the Sphinx could not be left out. Okay, we know it's MUCH harder, but that's life. 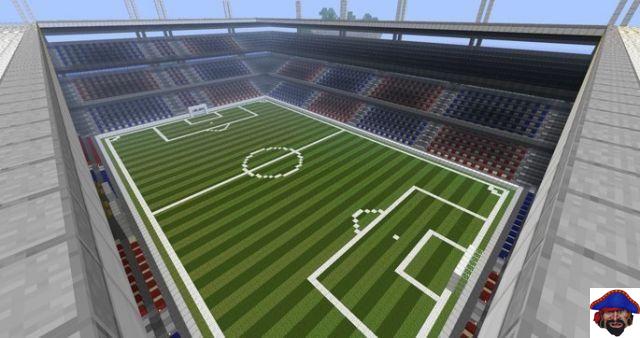 Finishing the tourist spots, we are now going to suggest things you can build to enrich your city. Imagine a football field that size up there. A nice challenge! 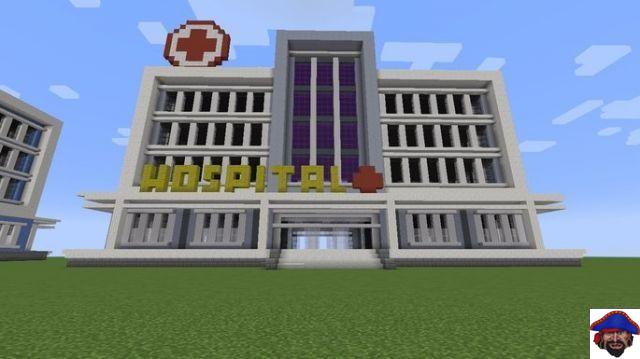 Indispensable, obviously. After all, where do the countless mobs you defeat go? Okay, maybe they just disappear from the screen. 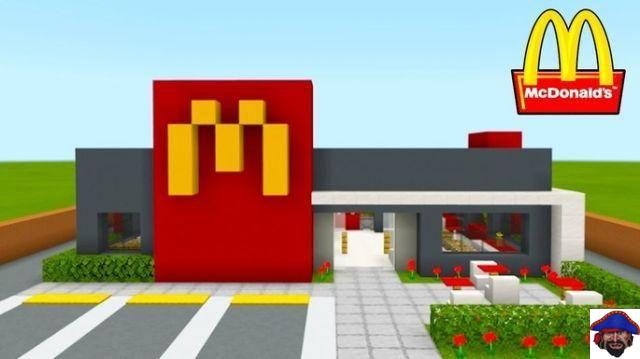 If you want to build a complete city in Minecraft, then you know you can't miss a McDonald's. We suggest putting some Command Blocks inside to drop food. 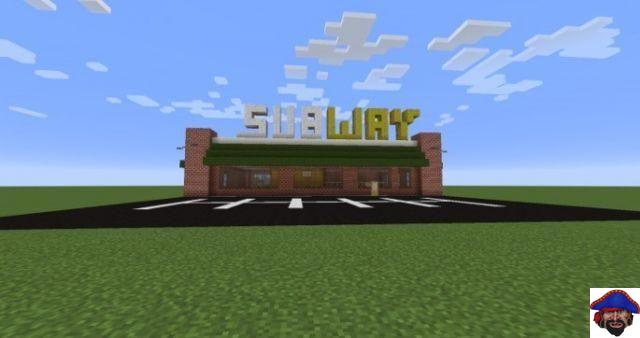 Direct competition. Everyone knows you can't have a McDonald's without a Subway nearby. 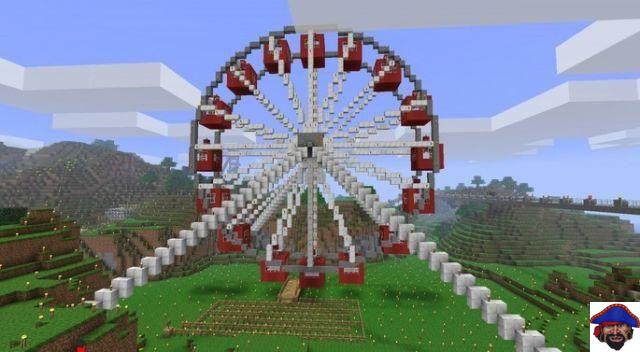 To add a lighter touch to your world, a Ferris Wheel is the perfect icon of fun. We thought about suggesting an entire amusement park, but it's too difficult... 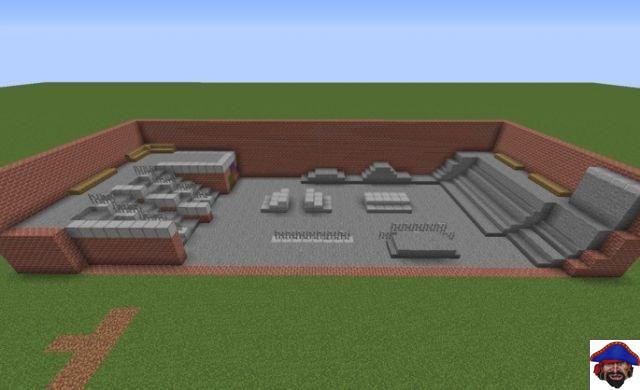 Complementing the entertainment area, a skate park is a much easier option to build. 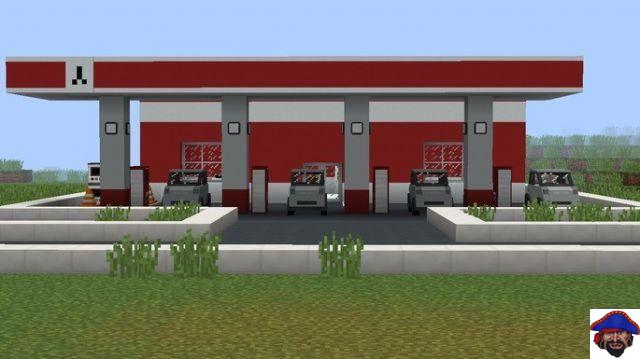 Basic, but that gives a more "worked" air to your city. At least here you can get fair prices! 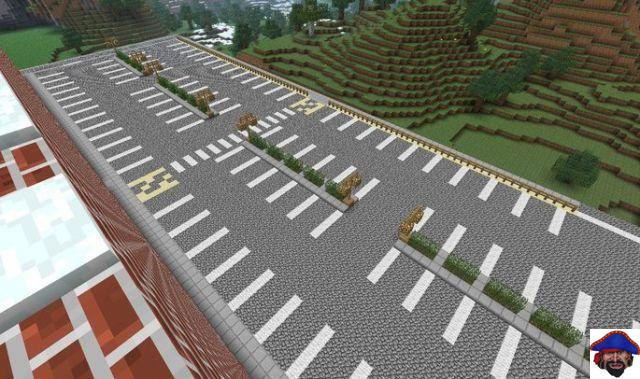 It's no use having a hospital, McDonald's, gas station, soccer field, etc. if you don't have a place to store your cars. 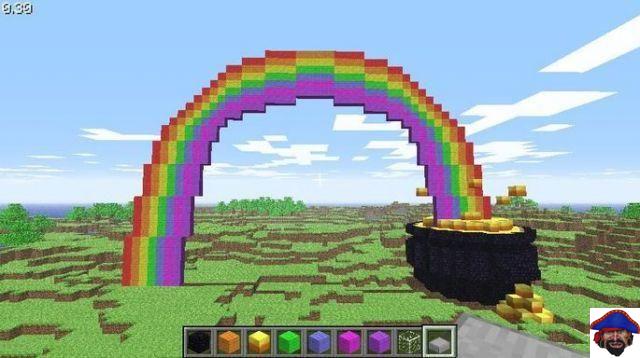 Imagine a rainbow like that on the horizon of your city! Okay, this pot of gold looks more like a witch's cauldron, but even so...admirable. 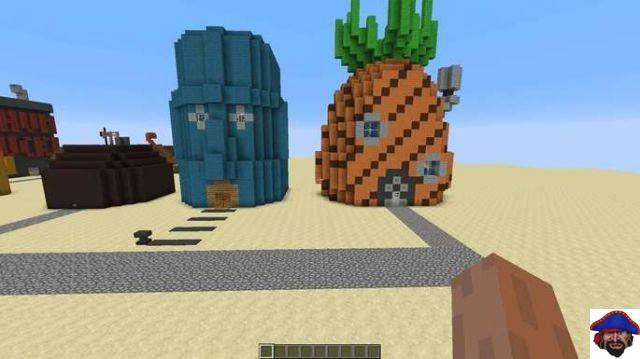 If you don't know what we're talking about, then you have to review your concepts. The SpongeBob SquarePants setting is worth your time and effort. Here is the challenge for you to reproduce it in Minecraft. 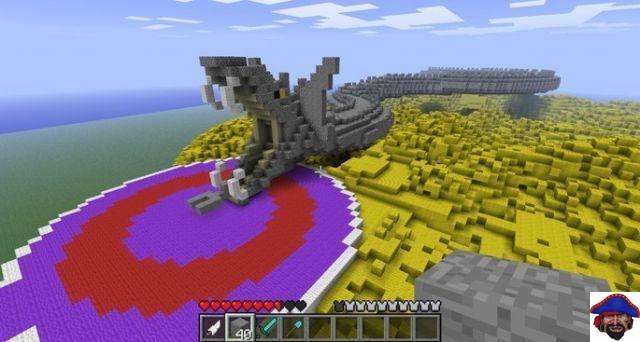 Maybe the younger audience doesn't know it, but those who are from the 90's know how much time you spend in this place. The path to King Kai's planet in Dragon Ball Z was an arduous one, but it is perhaps even more difficult to redo it in Minecraft. 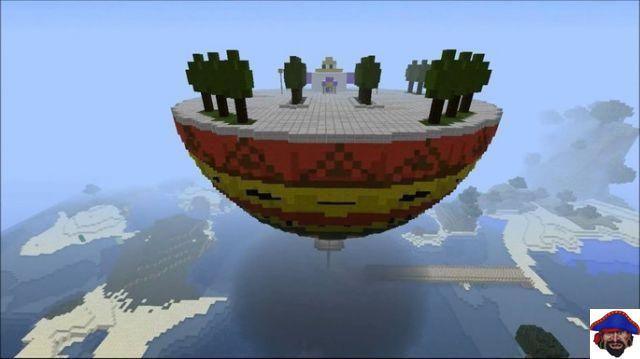 Following on from Dragon Ball, the above image brings back good memories for any anime fan. Kami-Sama's time is one of the most well-known places in the series, and luckily for Minecraft fans and players, it's not even difficult to build. 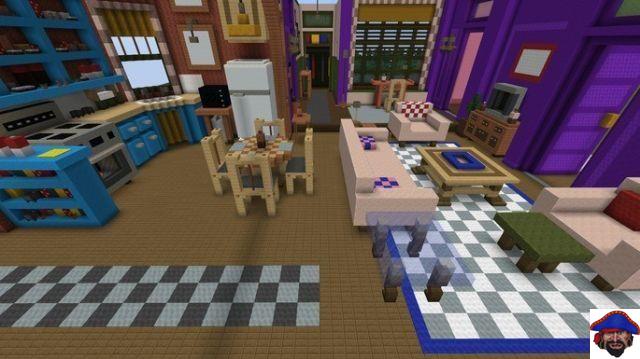 I bet there are people here who can build this one without even looking at a picture! The setting in which most of the Friends series took place is not the easiest, but it is certainly one of the most worth trying.

22. The Wall of Game of Thrones 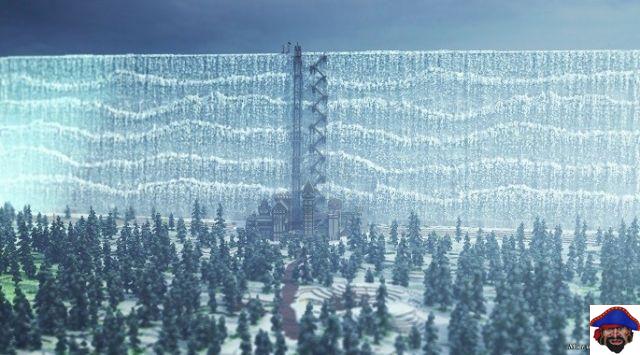 "Night gathers, and now my watch begins". Maybe you need a Wall to protect your city in Minecraft, and as we've seen in Game of Thrones, it's an incredibly effective solution as long as the enemy doesn't have an ice dragon. 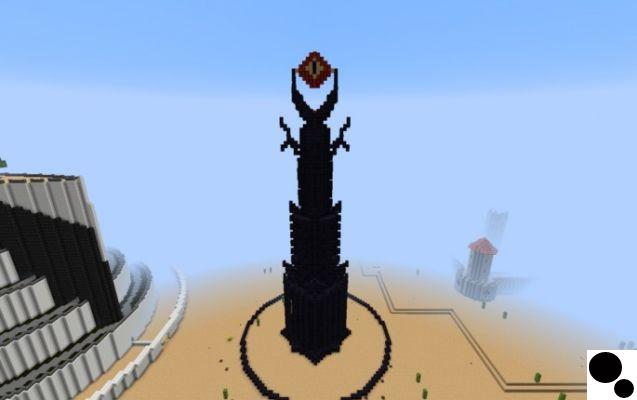 The Eye of Sauron has given the Fellowship of the Ring and Middle-earth in general so much trouble, but its fate need not be the same. Within the iconic places of fantastical worlds, the Tower of Sauron is among the easiest to make in Minecraft. 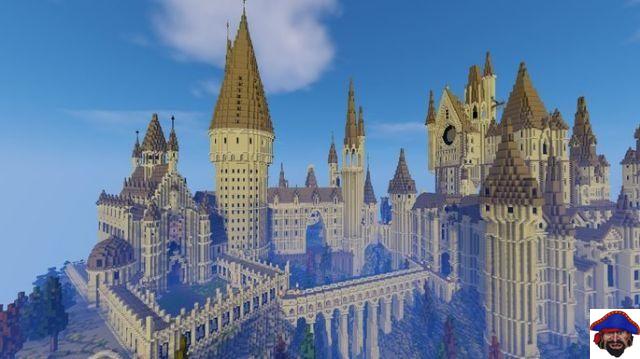 So, so, so, so, sooo. She felt it, right? This one is for construction and Harry Potter experts only. Perhaps a more simplified version is more viable, but here is a suggestion for a very challenging project. 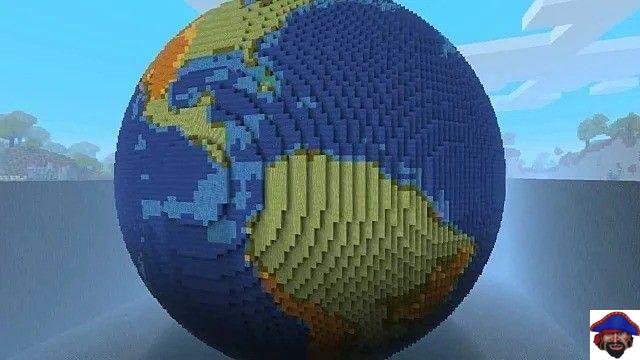 Finally, just the entire planet Earth. Nothing much.

add a comment of 25 building ideas to make in Minecraft!