25 Browser Games to Play on Android!

Tired of Play Store games? Then meet these 25 free games to play in browser on your Android phone! They are games with very different proposals and that will certainly please you because they are out of the ordinary. From RPGs to infinite run games, you'll be amazed at what's within reach of a browser search! 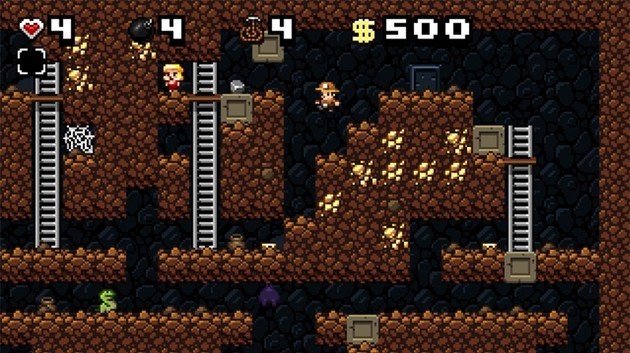 Make no mistake: the simple graphics of this game will surprise you! Inspired by the old 8-bit games, Spelunky brings a lot of details, enemies, weapons, supplies and dozens of unfriendly bats. With each new game, Spelunky will generate a completely new map, which brings many surprises and a game that is always fun and fresh. 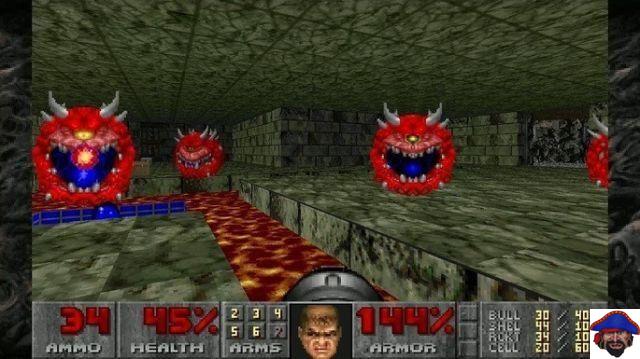 DOOM is a unique experience. The first game is one of the most violent in the franchise, throwing blood on the screen in a super explicit way. Take control of a soldier in hell and return to the human world after slaying hundreds of demons. 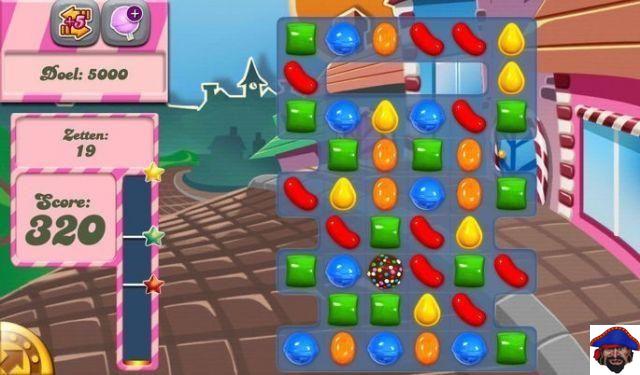 Candy Crush Saga is the biggest hit of the match-3 genre. With its visuals and sound effects, the game has thousands of stages, which are renewed almost every month. At first it's quite easy, but then it becomes impossible to play, and it can take you months to get past a certain level. That makes it one of the most played casual games in the world!

Game of Thrones: Winter is Coming 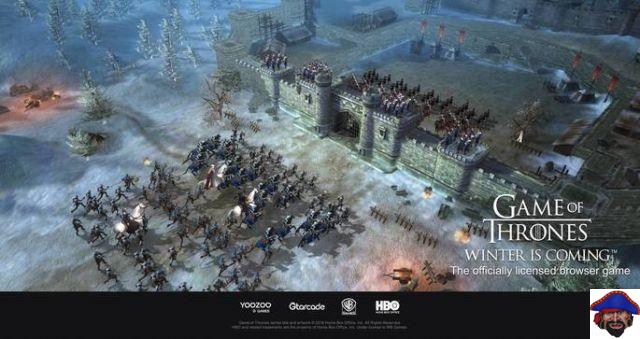 Because it's a free, browser-based version, Winter is Coming is well worth it. You start out as a noble who must dominate all the territories of Westeros. It is perhaps the best game based on Game of Thrones ever made, mainly because of its strategy footprint. 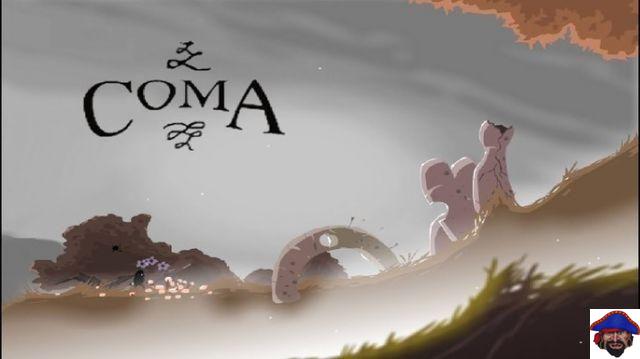 If you've played Limbo you'll notice that Coma is a clear homage to Limbo. It is very similar, with monochromatic colors and with a central idea of ​​platform-style scenery exploration. It's worth the move, mainly because it's a short title: 20 minutes and you're done! 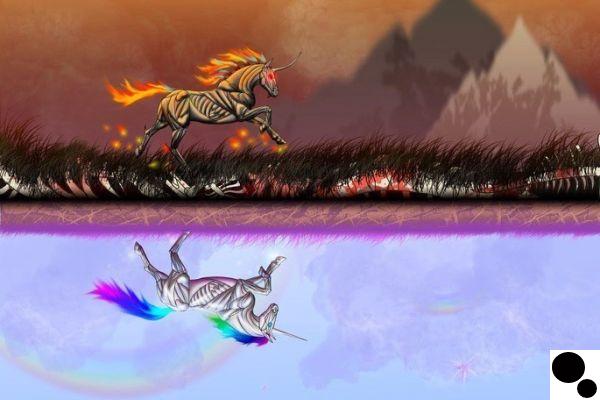 A nonsensical and very alternative game where you command a robot unicorn. It's inspired by a cartoon, and the goal is to run the unicorn as far as you can. The more distance you travel, the more points you earn. Typical infinite run game that we all like to pass the time. 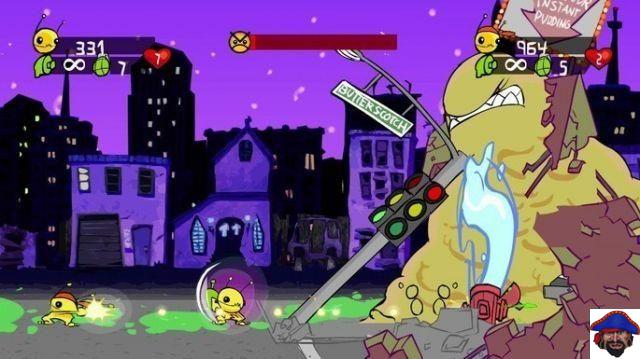 Alien Hominid references the movie Men in Black. In this case, you command an alien that must kill dozens of enemies in the scenario at the same time. Some of them are human, with dark suits and small arms. A tribute that goes very well and that makes the game quite funny! 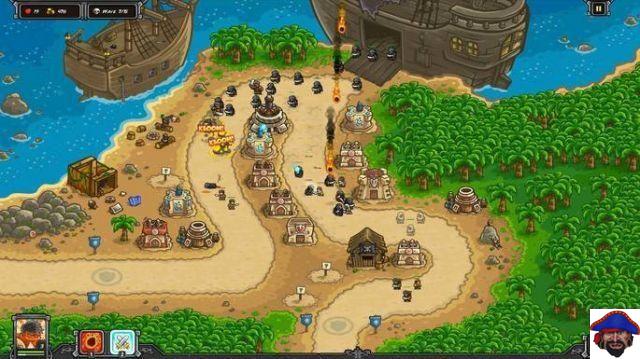 Kingdom Rush Frontiers is a strategy game for those who want something simple It's in the tower defense style, and your big mission is to create different types of towers in strategic locations of the empire, to protect it from invasions. It sounds easy, but it can be a surprisingly challenging game. 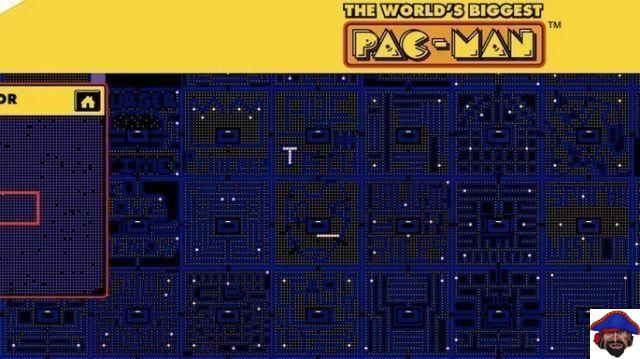 Pac-Man is wonderful, and this enhanced version is even better! The maze is gigantic, containing two new exits that connect, one at the bottom and one at the top. Another cool point is that players can create their mazes as they see fit, sharing them with the game's community. 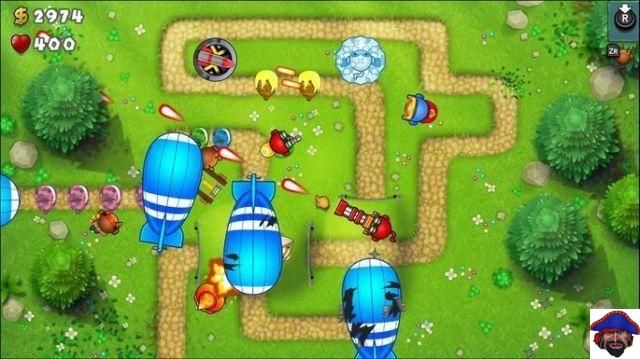 Bloons TD 5 is the classic tower defense game, in which you control little warrior monkeys who must do their best to eliminate the balloons that try to invade the territory. There are dozens of different towers, with improvements and evolutions, to make the game more interesting! 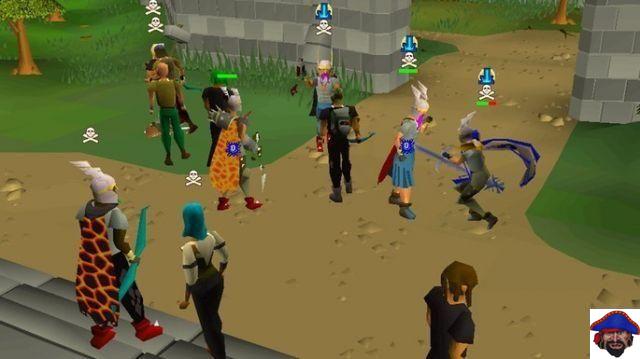 This MMORPG is a classic that still attracts many players today. The objective is to have an avatar in a medieval world, who will interact with other characters in a huge world, full of fantastic quests to complete. A very complete game that is ideal for all fans of the genre. 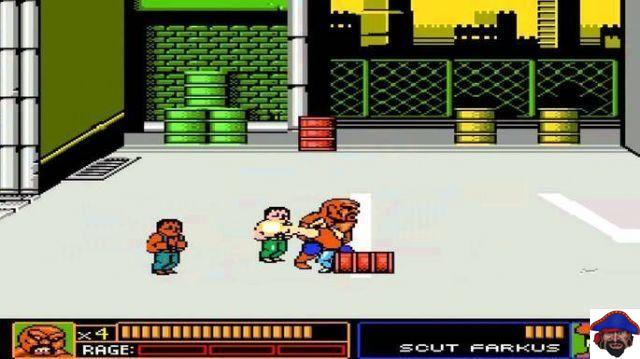 Abobo was the villain of Double Dragon, an old game from the 80's. In this game he becomes the hero. His mission is to beat down enemies, in the best arcade style, going through several stages until he finds Abobo's son. Simple, straightforward, but a lot of fun. 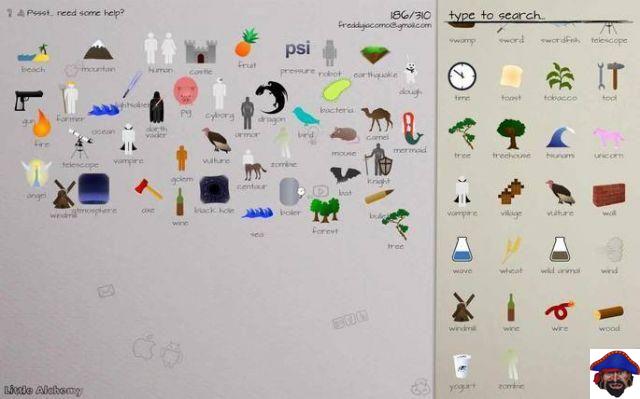 Little Alchemy is the most fun game for anyone who wants to play the chemist, the scientist who invented impossible things. Mix a bird with dynamite and see what happens. Or a tree with brick and find out what new element you created. It's a game full of possibilities! 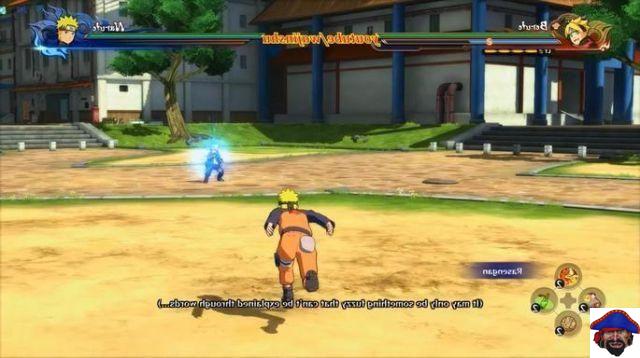 Naruto is one of the most famous anime today. The game allows you to create a ninja and participate in famous battles from the cartoon, side by side with famous characters, whether they are heroes or villains. It's a game with good graphics for a browser game, with fighting mechanics even well done. 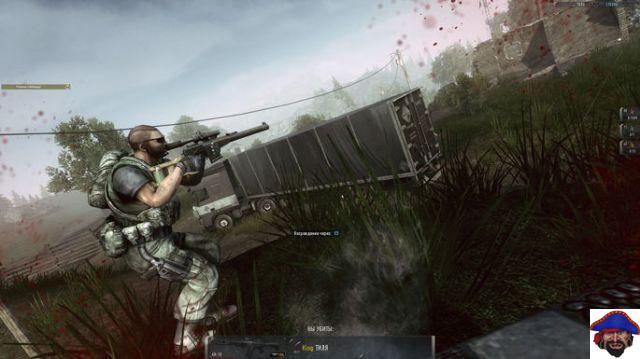 Contract Wars mixes CS:GO with Call of Duty and creates a mix of very good quality FPS games. Embark on this online world and face off against players from all over the world in intense matches to see who is the best marksman. Great for those who don't want to spend on a game of the genre! 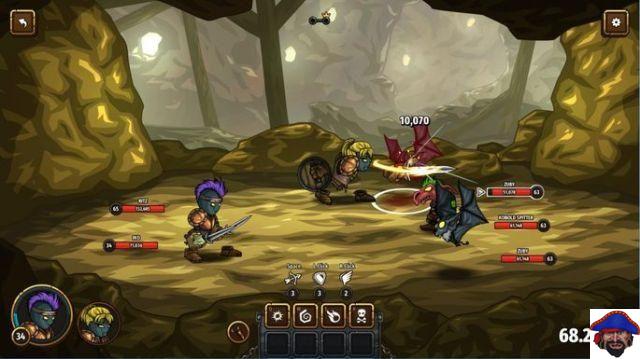 In Swords and Souls you have a very simple RPG, but with very cool graphics and game mechanics that are easy to master. Face enemies and explore territories until you reach an evil witch, whom you must defeat to save the kingdom! 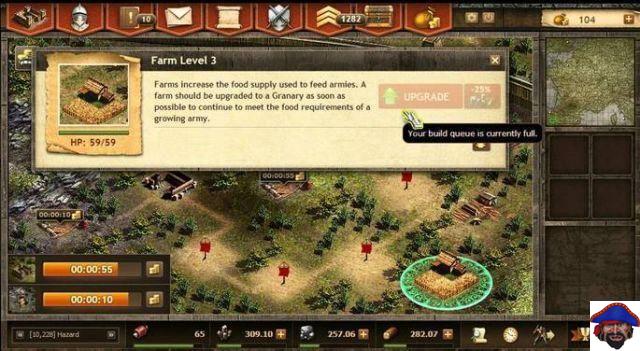 Dark Age Wars is practically a copy of Age of Empires, but with slightly simpler graphics. This is great for anyone who wants to try out this game, but for free. Build your kingdom and army and engage in intense battles against players from all over the world!

Wonderputt is a puzzle game, in which you have to put the ball into a hole. However, doing this will not be easy, as you must make it go through several obstacles before effectively reaching that hole. And with each new phase this mission only gets harder! 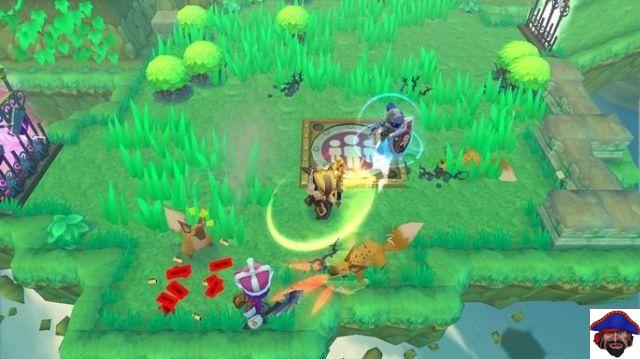 In this online multiplayer game, you control a knight of the Spiral order, who has fallen on a mysterious planet, Cradle. Together with other players you must explore the planet and face terrible monsters. It also has a PvP fighting option! 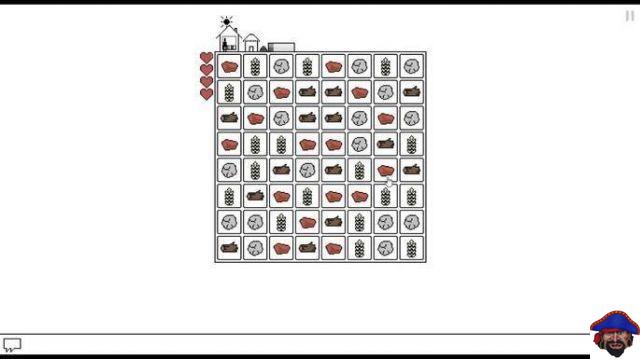 Gridland may seem very complicated, but once you understand the game it becomes fun. It's almost like a Candy Crush, but the blocks have types: they are food, protection and attack. The idea is to have food blocks to survive, protection blocks to avoid attacks and attack blocks to eliminate enemies. In other words: a good strategy game! 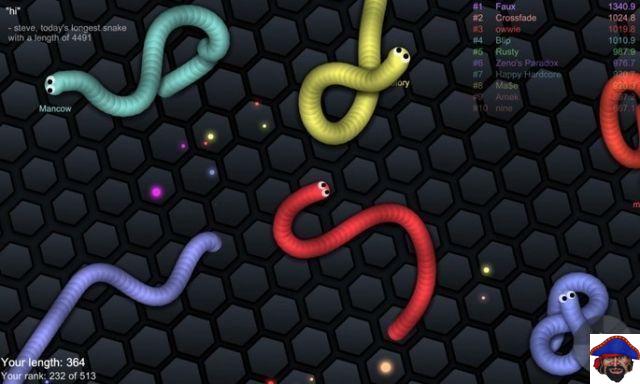 Slither is a game to pass the time. Take a little snake and start eating objects to grow. The objective is to grow as much as possible and score points. The game ends when you hit yourself, it's so big! 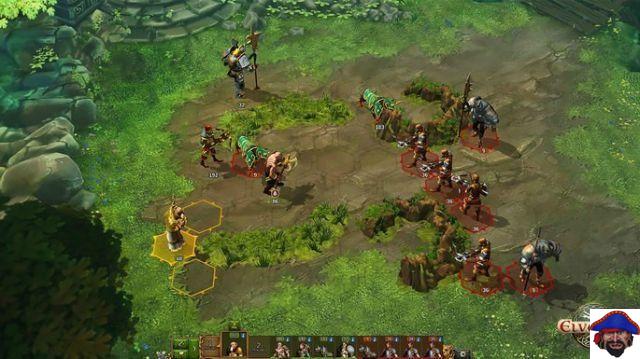 Elvenar is a magical city building game, with combat elements similar to what we see in League of Legends. You will choose between elves and men, creating your civilization from there. Assemble an army and a strong base and go into battle fast! 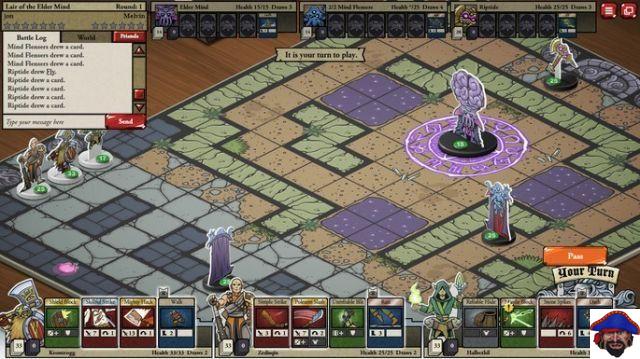 Card Hunter is a card table RPG that even resembles Yu-Gi-Oh!, as you collect monsters and use them in battles. It has more refined mechanics that are difficult to master, requiring a lot of concentration from players.

Agar is one of the best browser games because it's straightforward and you can play it casually. Create a cell and devour all other smaller cells in the field. And don't forget to run away from the biggest ones, so you don't become food for your opponents!

Hitchhiker's Guide to the Galaxy 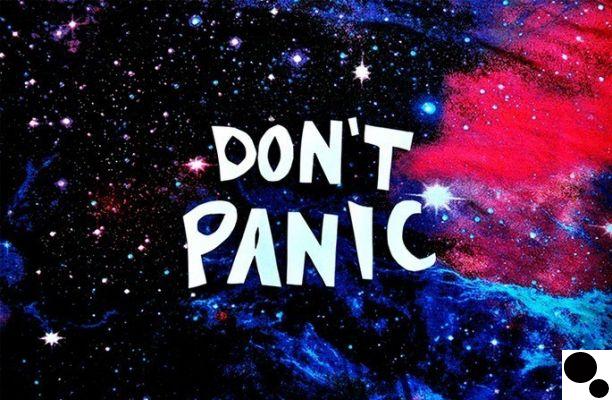 Hitchhiker's Guide to the Galaxy is a classic. It was created by the creators of the books, bringing a completely original story! It's in a text-game style, which is fun and at the same time makes players have contact with reading. Too bad it's in English!

Also check out these game lists:

add a comment of 25 Browser Games to Play on Android!