Crossplay is an option for us to play the same game across different platforms. In this article we've gathered 25 great games to play with friends who don't have the same console as you. Or if you or they have a PC and want to play between computer and video game. Check out the games on our list below, which go through the most varied styles and genres! 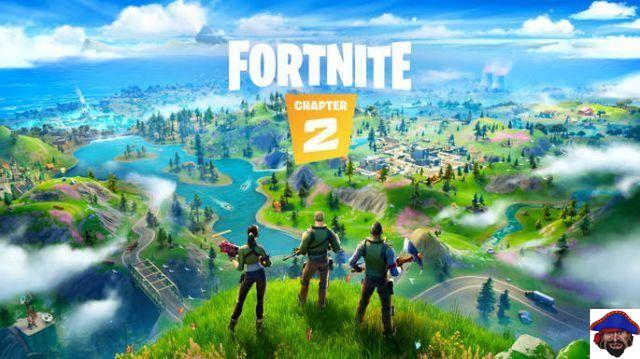 Fortnite is a very fun game, with three very different modes. No matter how you play, you will be able to cooperate with your friends and survive against them, even if you play on different platforms. The most popular mode is Battle Royale, which has a legion of fans. 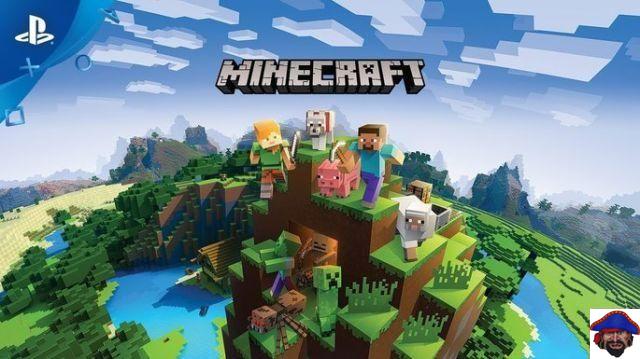 Minecraft is an excellent game where each adventure is different from the last. Your task is to survive dangerous creatures, find resources, build buildings of all kinds and explore to the ends of the world. You can do all of this alone, but with friends it's certainly much better! 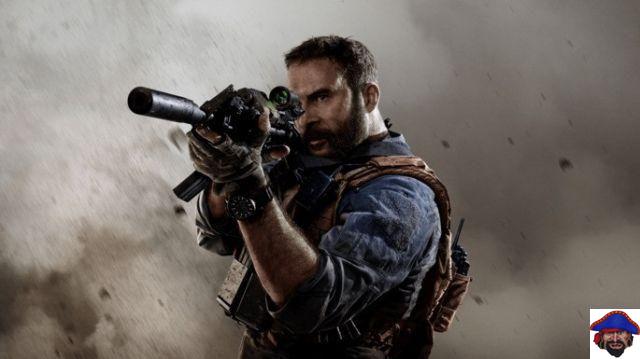 Modern Warfare has been one of the most successful and impressive reboots in recent years, especially now that it's paired with the free-to-play Warzone. Both games are complete and varied, with a multitude of multiplayer modes that are best enjoyed in good company. And they are frequently updated with new content!

If you like cars and football, why not go 2v1 and play one of the funniest online games of recent years? Rocket League is one of the best cooperative and competitive experiences today. Gather with your friends or face them to show who is the most skilled at hitting the ball while driving. 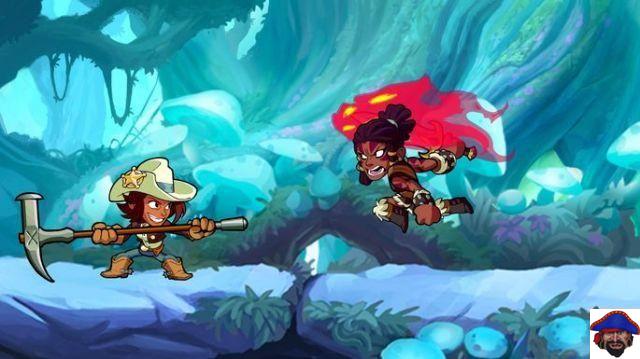 Brawlhalla is an excellent fighting game that is also free! The characters, all hand-drawn as if it were an animated series, are very different from each other and there are so many that you are sure to find your favorite character. The best thing about Brawlhalla is the number of different modes there are, so it's a perfect game to spend many afternoons with friends. 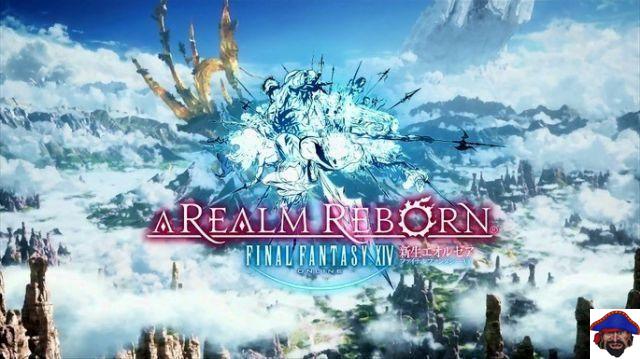 Seeing the quality, setting, plot and gameplay of a Final Fantasy turned into an MMORPG is an achievement worthy of praise. It is a game that is immense in content and powerful, both in playability and in the game's story. Therefore, it is highly appreciated that PC gamers can enjoy fantastic adventures together with their PC friends. 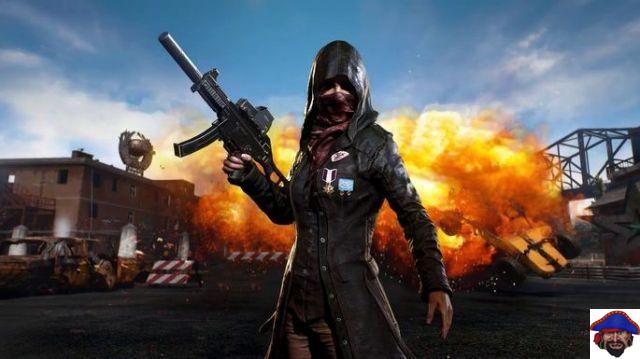 One of the first Battle Royales to popularize the genre, PUBG allows crossplay between Xbox One and PS4 players. Thanks to this, you can get together with your friends and fight to be the last one in each game. The task is not easy, as there are dangers in every corner. 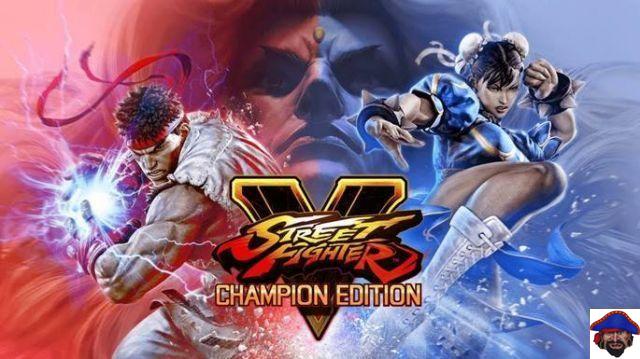 One of the kings of fighting games! Street Fighter V is one of the most ideal titles to measure your skills against opponents from all over the world. Fortunately, now that it supports cross-game play between PC and PS4, you can show your friends who's boss in this type of game.

We move on to another fighting game, this time much bloodier and graphically spectacular. There's nothing like summoning your inner Kombatant to beat up your friends using the crossplay function! 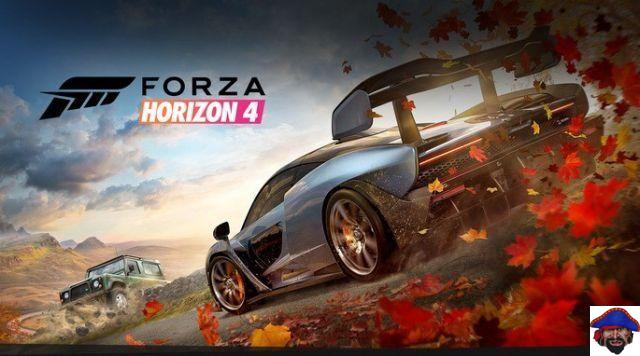 Driving through the streets of Forza Horizon 4 is a joy, especially given the changing seasons and weather. If the game's challenges leave you wanting more, you're in luck! You can compete in races against other players, regardless of whether they do so on Xbox One itself or on PC. It is definitely the best crossplay racing game and also one of the few with this function. 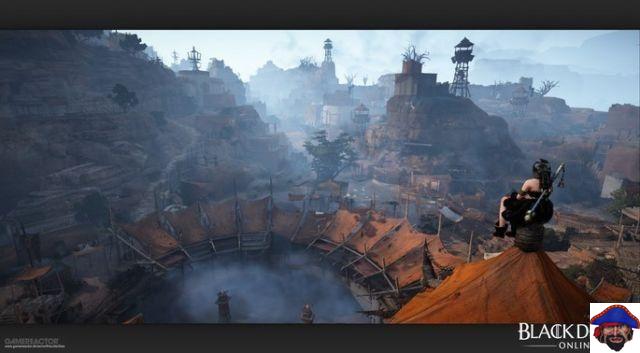 Black Desert is one of the most impressive MMORPGs in terms of graphics and great character creator. It offers much more than that, of course, as a very dynamic, action-focused combat. The game features extensive content with a good focus on progression. For this reason, nothing better than having friends by your side to brighten up the experience! 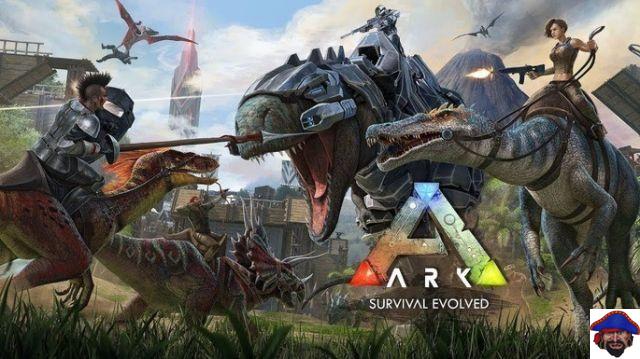 Ark is one of the most popular survival games in recent years. The presence of dinosaurs can be intimidating, but the real danger lies with the players themselves. Feed, harvest, build, explore, tame dinosaurs and forge alliances. 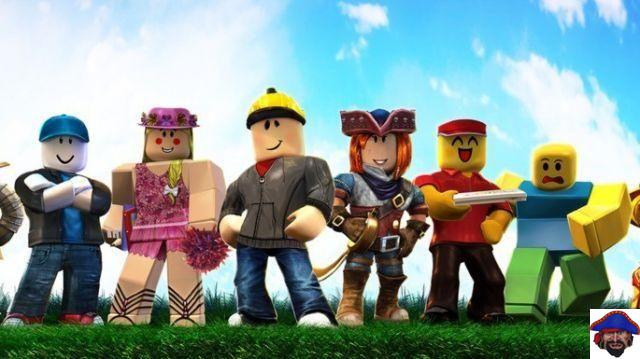 Roblox is one of the most varied and even endless experiences you can find in a game. The premise is that the entire community creates, shares and enjoys adventures. Each minigame and map is a creation of the players themselves, and there's nothing better than diving into their worlds with your friends, regardless of platform! 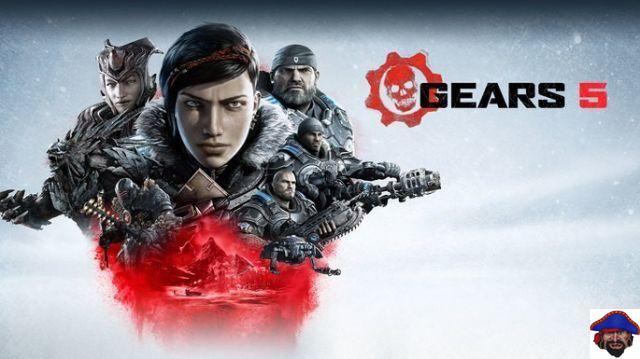 Gears 5 is an excellent shooter, which is perfectly enjoyed in solo mode, but the icing on the cake is the multiplayer and co-op mode. Don't miss the opportunity to polish your chainsaw with other teammates, as you'll need support to face bloodthirsty enemies. 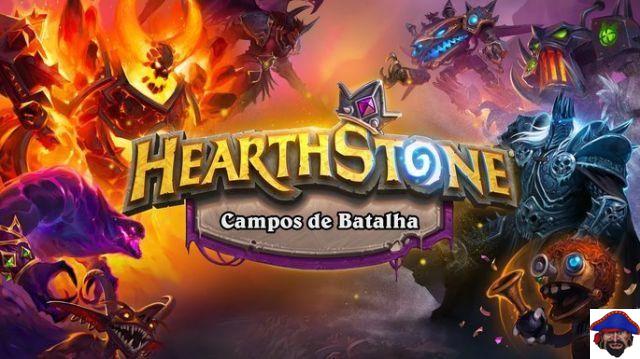 Hearthstone is one of the most played card games, so there's no shortage of rivals to compete. Still, you always feel like playing against your acquaintances, and that's easier now thanks to crossplay. Unlock cards, learn from your mistakes and create the best deck possible. If you want to win, you must know your deck and your opponent's deck perfectly! 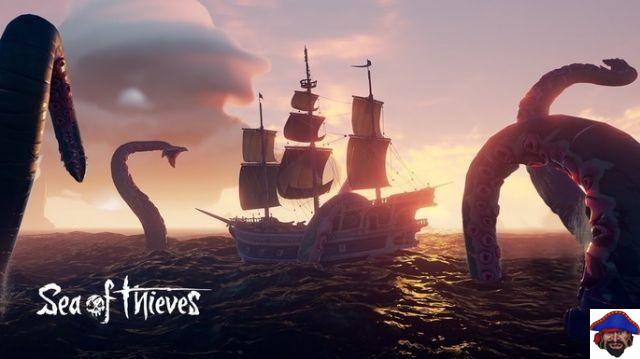 A pirate-themed game is not for playing alone. If you're going to have a team in Sea of ​​Thieves, there's nothing better than having friends by your side.

In this game there are dozens of islands to explore and stories to discover. Naval battles and looting are also constant, so it is necessary to join forces and show that you are the best pirate. 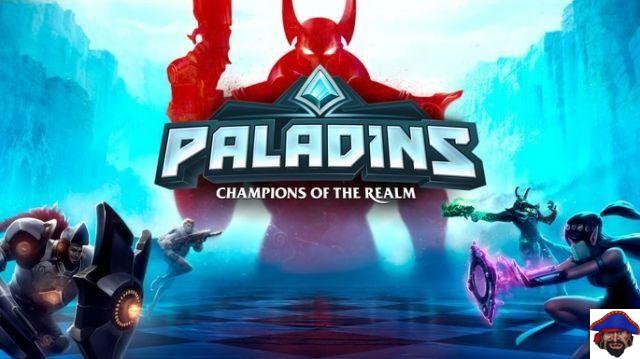 Paladins is a competitive game where cooperation and communication are everything. Each character has their own abilities and can play a bigger or smaller role depending on the game mode. Teamwork is essential, so that you are not part of a losing team. 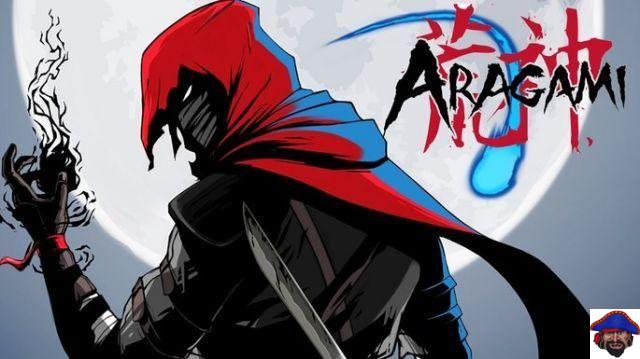 Aragami is a stealth game in which you control a character with the power to control shadows. Each level is a challenge that you can overcome in different ways, depending on the powers you want to use and the paths you choose. The game offers the option to have fun cooperatively, with crossplay included!

Of course, keep in mind that Xbox One and Nintendo Switch users cannot play games with PS4. 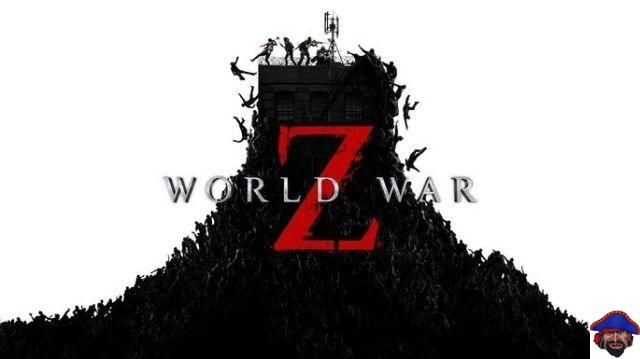 Following the success of Left 4 Dead and Killing Floor, World War Z resumes the cooperative zombie survival experience. The Infected are very dangerous creatures that demand everything from you to survive. That's why we recommend that you team up with your friends whenever you can. But don't lose sight of them! 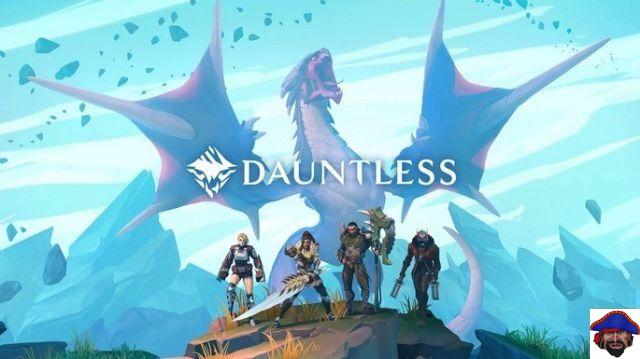 Dauntless is a cooperative game that puts you in the shoes of a Slayer, a hunter whose mission is to defeat the dangerous Behemots. Carrying good equipment, having a plan of attack, and coordinating with others is vital to every fighter's success. The game has good content and is a lot of fun to play with your friends.

Smite is a slightly different MOBA as it is played as a third-person action game rather than a top-down camera view. As in all games of the genre, players on a team must collaborate to eliminate the opposing team or destroy towers and gain ground. There are dozens of gods of incredible power to choose from! 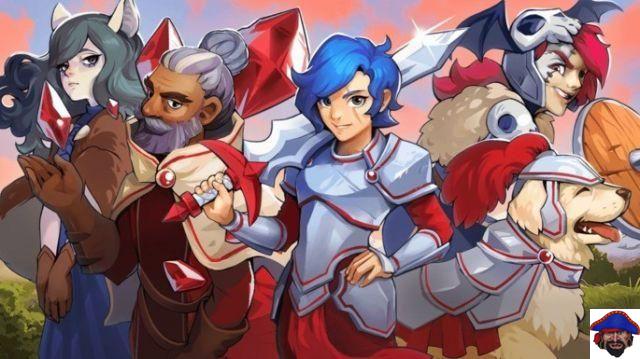 As for strategy and tactics games, Wargroove is one of the most pleasant surprises of the last decade. It's reminiscent of Advance Wars, with a good story mode and well-polished gameplay. You can play multiplayer games with and against your friends, and you can also create maps and missions to share with them. Great for strategy lovers! 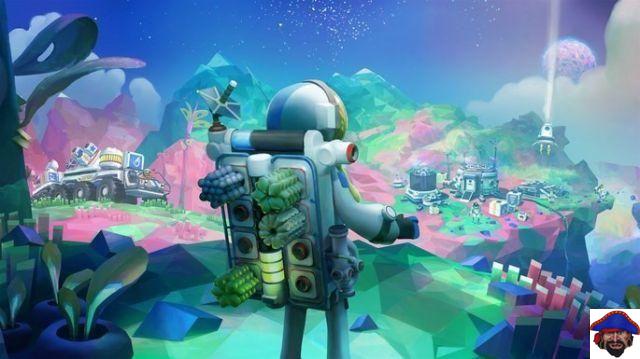 Enter a different universe and explore various planets, full of secrets. Better yet, go on an adventure with other friends! Astroneer is tremendously entertaining and funny at times. The game gives you complete freedom to explore, build bases and delve deep into each planet.

Astroneer is also on Steam and PS4, but they don't include crossplay. 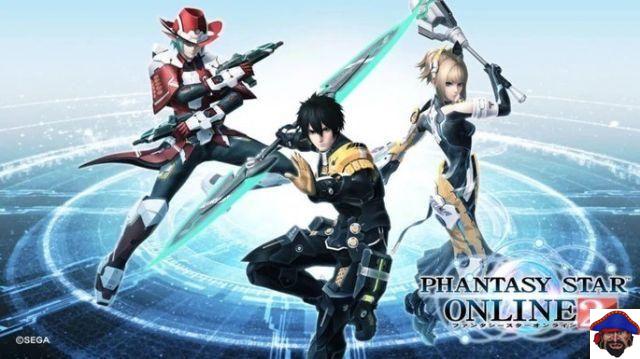 Phantasy Star Online 2 isn't the most famous MMORPG of all, but it's just as excellent as other heavyweights. It features a good variety of races, classes, and tasks to complete, and it's a huge game that you're unlikely to get tired of. It's a completely free game, so don't hesitate to try it out with your friends! 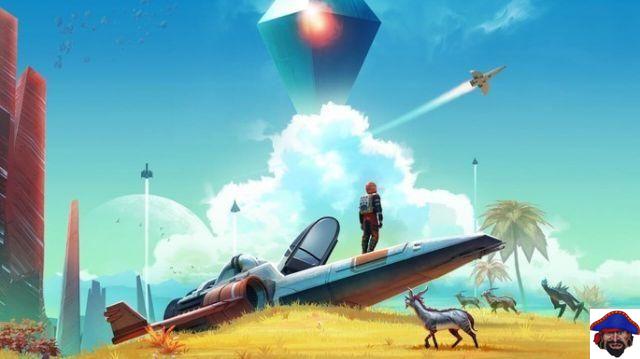 No Man's Sky is another space exploration game, which after many corrections and patches has been very successful among players. The gameplay possibilities are the most varied. From exploring, cataloging and conquering planets and galaxies to space battles and base creations.

Note that this crossplay update will take effect from June 11, 2020, when the game arrives on Windows 10.

add a comment of 25 best crossplay games to play with friends!