CS:GO commands allow players to perform actions and configure settings very quickly for your server. To use them, to type them in the developer console accessed via the ' (apostrophe) key. If you have never used the function, it is possible that it is disabled. In that case, go to the menu Game Settings>Game and enable it, as in the image below:

Attention: none of the commands below is a "cheat", that is, they do not require the "sv_cheats 1" command enabled. Any player can use them at any time in matches, even in Competitive Mode, no need to be the match host.

This is a must-have command for most CS:GO players. With it you can display various technical information useful for your gameplay such as FPS (frames per second), PING (response time between you and the server, packet loss, etc. High values ​​in these parameters will make your life much more difficult within the game. To hide the information, replace 1 by 0.

Similar to the netgraph, but it only shows the FPS rate in the top left corner, taking up much less screen space. To disable the function, replace 1 by 0. 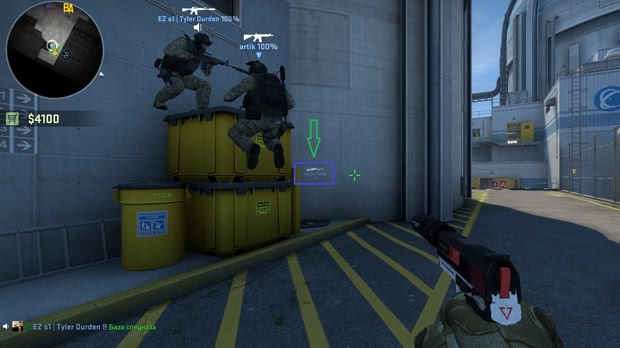 This command displays the equipment (weapons, grenades, defuse and bomb kits) of your partners on top of your characters, as in the image above. Although this information is not that useful, the real usefulness of the command is that the equipment is even shown through walls or smokes (as in the center of the photo), allowing you to know exactly the position of your partners without having to look at the minimap . To hide the information, replace + by -.

This command allows you to control the maximum frame rate per second of your CS:GO, replacing X with the desired value. It is important to do several experiments using the command netgraph mentioned above. That's because, if your PC isn't very good, there's no point in removing the FPS limit waiting for the rate to go up. On the other hand, it is possible that your machine is being limited by the maximum rate configured. 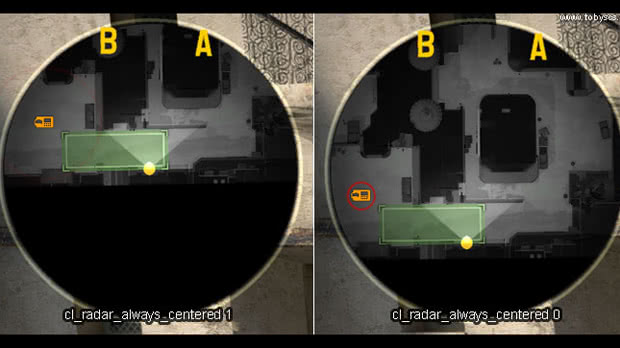 With this command your radar will stop showing you always in the center, allowing a much wider view of the minimap. To return to normal, replace 0 by 1.

This command adjusts the size of the radar, showing a larger or smaller region of the minimap. Replace X with values ​​between 0 e 1, with 0 being a much closer view of the map and 1 being much further away.

This command fixes the radar in one direction, regardless of where you look. replace 0 by 1 in case you wanted the radar to rotate according to your movements.

Adjusts the size of the minimap player icon, with 0.4 being the minimum and 1 being the maximum. Configure to your liking!

This command disables automatic weapon switching when picking one up on the ground, meaning you will remain with the knife or pistol until you manually switch to the new picked weapon. If you want an automatic switch, replace 0 by 1, but we suggest that you keep the feature disabled as it prevents you from accidentally switching weapons in the middle of a gunfight. 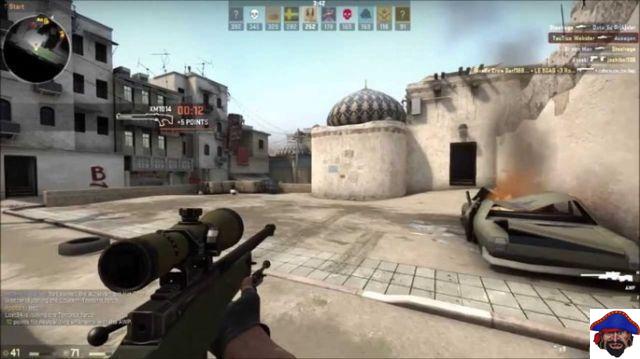 Switches the side your character holds the weapon on to the left. replace 0 by 1 to go back with the model to the right. Some players "binda" this command to be able to constantly switch sides, according to the region of the map where they are, avoiding blind spots on the screen.

This command keeps the buy menu open after you buy your weapons and equipment until you close it yourself. In case you wanted the menu to close automatically, replace 0 by 1, but remember that it will close after each equipment purchase.

This command controls the volume at which you hear your team's voice communication. Replace X with a number between 0 (no sound) and 1 (highest possible) to adjust. That way you can protect yourself against noisy players or players with a bad microphone, allowing you to hear the sounds of the match (footsteps, gunshots, etc) and still be able to communicate well.

Enables your voice communication within the team. replace 1 by 0 if you don't want to talk or listen to anyone (not recommended in competitive mode!).

Sets the color of elements on the HUD. Replace X with the numbers below, according to the desired color:

This command adjusts the size of the HUD elements (HP, vest, ammo, equipment, etc). The minimum size allowed is 0.5 while the maximum is 0.95. Configure according to your own taste.

Adjusts the crosshair color. Replace X with the numbers below, according to the desired color:

You can also get any other color by customizing the color system with the following commands:

Adds maximum brightness to your CS:GO, greatly increasing visibility in the darkest areas of the game. replace 1.6 for smaller values ​​if you want to darken.

Adjusts the sensitivity of the mouse when the crosshair is open, i.e. it only works for snipers, Krieg (SG-553) and AUG. The default value is 2.25, then reduce or increase according to your taste. 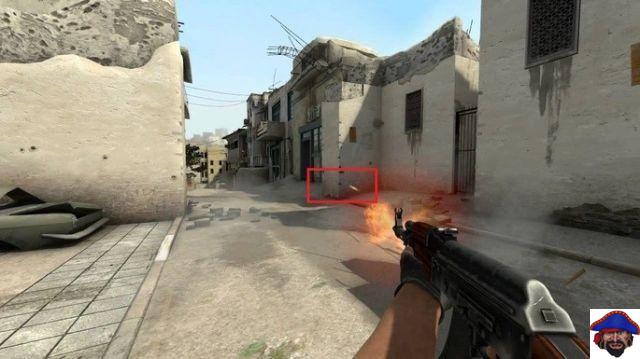 This command disables the "dashes" that appear when shooting (as in the image above). These visual effects weigh heavily on game performance and keeping them disabled helps you gain some frames. However, you will also not see the traces of enemy shots, which can be useful when they are shooting through smoke.

Clears the console, erasing all entered commands. This command does not disable anything that has been typed, it just clears the screen to improve visibility.

add a comment of 21 best CS:GO commands you need to know!