If you like survival games but have an old PC, check out our list and discover some really cool challenges! We've selected 20 survival games that require processors less than i3, a very weak video card and, at most, 4GB of RAM. Check out! 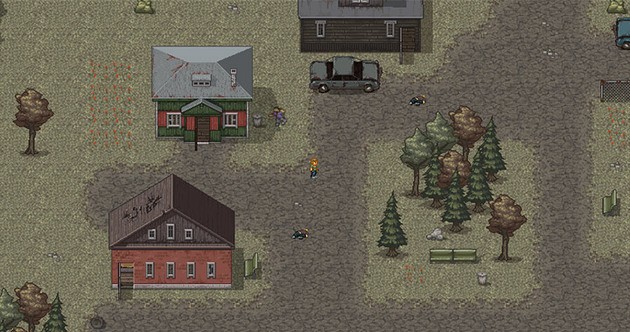 The creators of the famous DayZ made a 2D version that runs directly in the browser or on mobile devices. Despite being a simpler version, the struggle to survive is intense. Infected humans, ferocious wolves and a relentless search for supplies, weapons, bandages and ammunition will keep the player busy. Mini DayZ is free, you just need to register on the creators website. 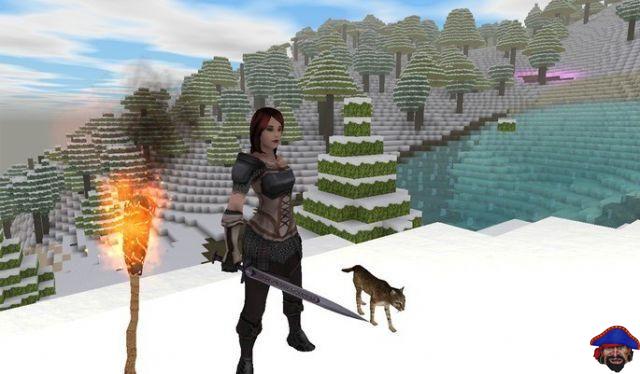 Block Story is basically a lighter and less complete version of Minecraft. The game follows the exact same building (and destroying) mechanics as everything you find in the open world. In terms of graphics, the game only differs in the characters, which are not made up of cubes, but everything else is exactly the same. The game also has a slightly greater focus on the RPG aspect, offering quests for you to complete, levels to level, items, mounts, etc. 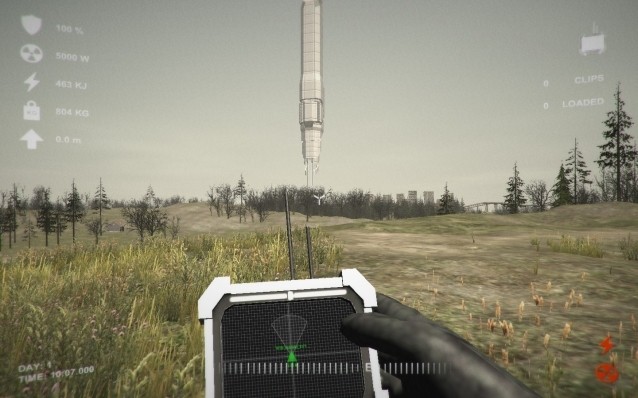 The Fifth Day is a game with a very original theme. Despite taking place in a post-apocalyptic world like many others, here you control a robot that needs to survive the devastation left by humans. Throughout the game you need to gather resources that are very different from those found in other games, whether to keep your energy source active or even hack systems to deal with opponents in multiplayer mode. 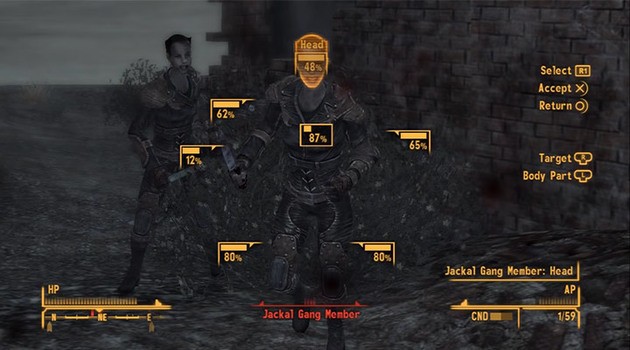 Considered by many players to be the best title in the franchise, Fallout: New Vegas takes place in a post-apocalyptic world full of rival factions in intense struggles for power. The game is very narrative-centric, but surviving is one of the essential skills to be able to win.

Crafting tools and altering weapons are actions you'll need to learn if you want to stay alive. As it is an open world game, the player can explore different ways of solving the missions, depending on their playstyle. All this inserted in combat, in an immersive and very well created environment. 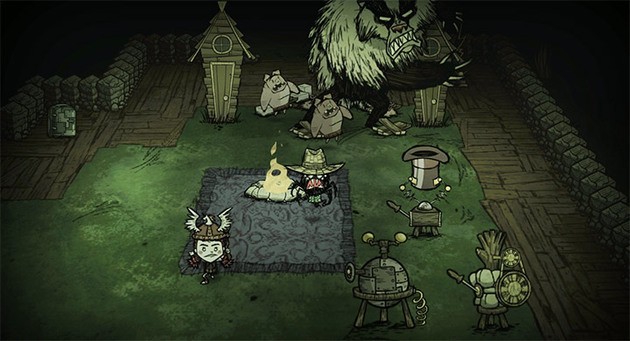 Sequel to the famous Don't Starve, this beautiful game will test your ability to survive in a hostile environment, now with multiplayer mode. The graphic style of Don't Starve is unmistakable and helps a lot with the survival atmosphere. Everything needs to be created, from overnight shelters to the simplest tool. There are many different expansions, the maps are huge with different biomes and full of interesting characters, both allies and enemies. The game is not free, but it is worth the investment. 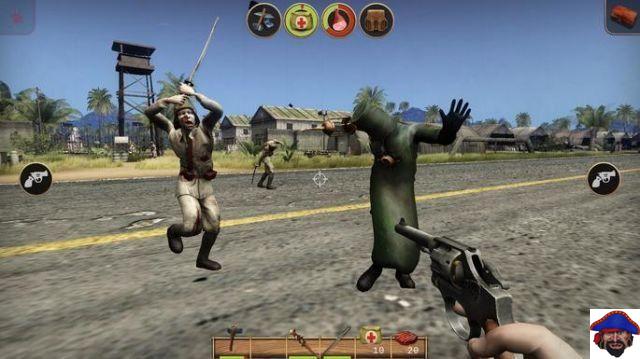 Radiation Island is a fully 3D open world survival game with very immersive settings and graphics. Despite not having any innovative mechanics, the game has a certain charisma by mixing various random elements such as zombies, magical beings, firearms, spells and normal animals attacking you. 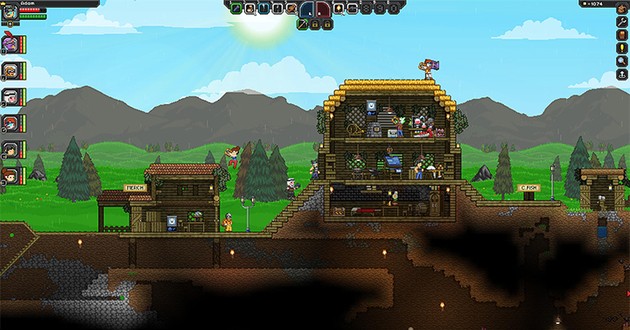 A game that takes you to outer space and lets you create a new home on another planet. Or on other planets. The freedom that Starbound gives the player is total and absolute. You can plant and have several farms or dedicate yourself to exploring planets, dungeons and caves with different degrees of difficulty. As always, it is necessary to be creative and make all your tools and weapons. Starbound also has a huge online community and dozens of mods that leave the player with even more options. 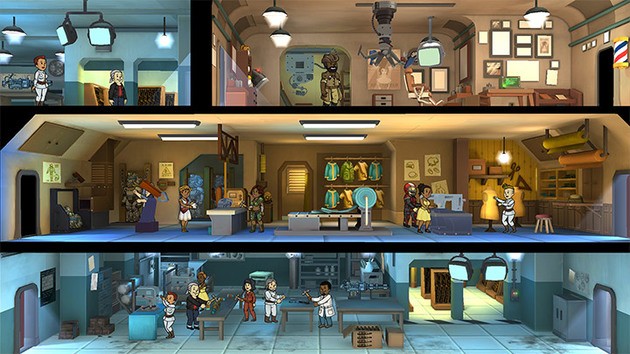 A free game with the objective of keeping its population alive and safe from the dangers of the surface. Of course, the game takes place in the same world as Fallout. In this 2-dimensional challenge, it is necessary to manage the inhabitants of the underground very well and place them in the best places, create tools and mine raw materials.

Occasionally, you'll have to defend your shelter from surface dangers while continuing to do different missions. The game has dozens of missions and, as the shelter grows, it will force the player to learn new ways to manage its resources. 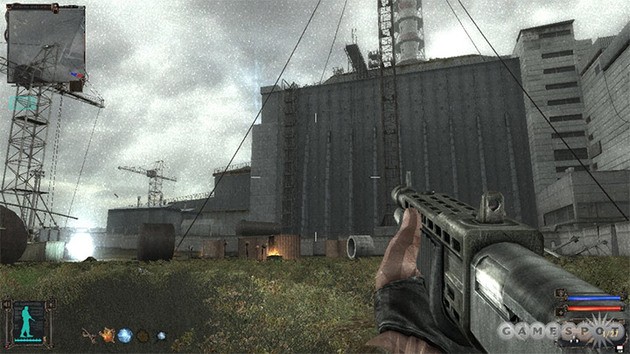 Set in the radiation-filled zone of Chernobyl, this iconic game combines great shooting mechanics with survival in a very hostile territory. It's the player who makes all the decisions, in a very well built open world, perfectly combining the FPS style with survival. It is necessary to master the available weapons well and also know what to attack and how to attack. The game is not free, but it is worth every penny and all the anomalies you can eliminate. 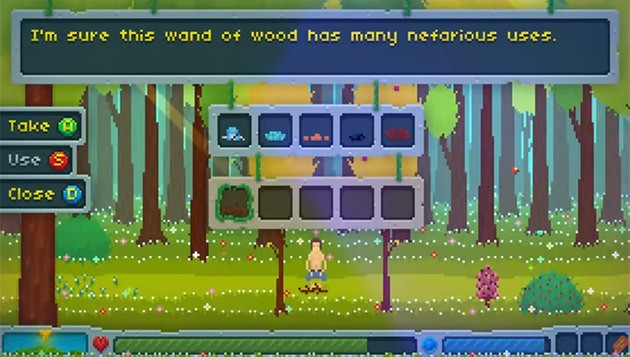 A very interesting and original game that places the player in a random environment, where he makes decisions to survive. You need to plan your day effectively, save fuel for your fire, and watch your water level and hunger. Echo of The Wilds is not an action-packed game, but a more peaceful experience, depending more on the player's reasoning than on their reflexes. It's not free, but the price is low and the investment is worth it. 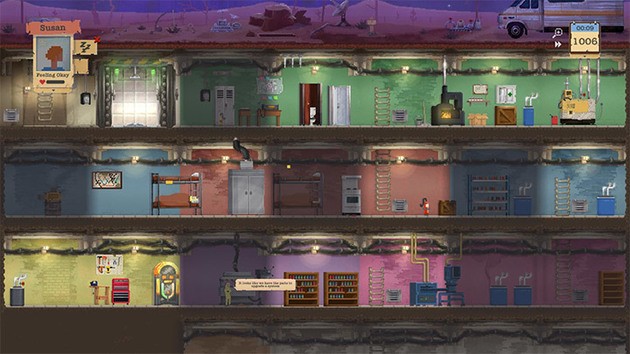 In this curious game, the protagonists are a family that needs to stay alive after a nuclear disaster, living in a bunker while exploring the outside world. The player starts the game with some food, a system to store water and little else. From there, the player is on his own, needing to figure out how to hunt, improve the bunker, make furniture and much more. As you explore the outside world, you'll need to fight other groups to stay alive. 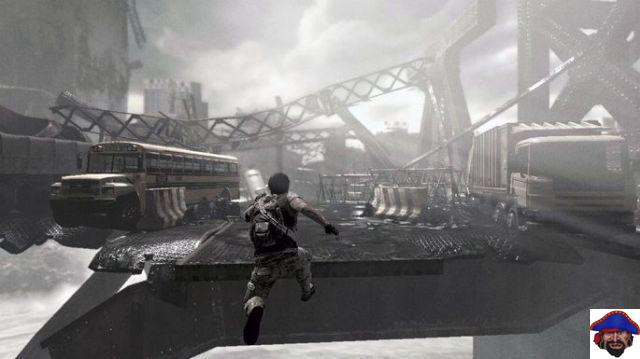 I am Alive is a denser survival game with a strong focus on drama. Here you control a survivor looking for his wife and daughter in a devastated world. The game's visual identity is dark in a melancholy way and the soundtrack adds a lot to the experience. In addition to a strong focus on exploration, the game has some very interesting different mechanics, especially the possibility to intimidate opponents to avoid confrontations. 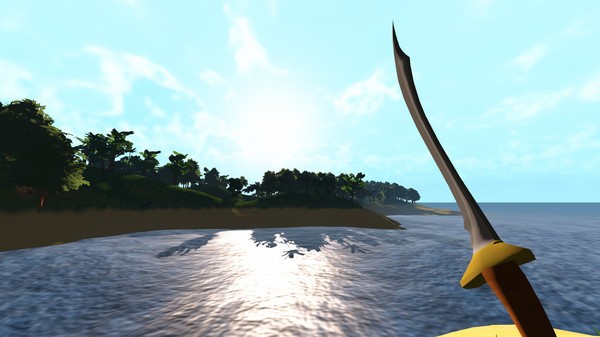 Salt is a survival exploration game where you sail from island to island finding loot, completing quests and battling pirates. The game's open world is something to be respected and there's always plenty to do. Still, Salt offers a much smoother experience where you can progress at your own pace, without too much tension. 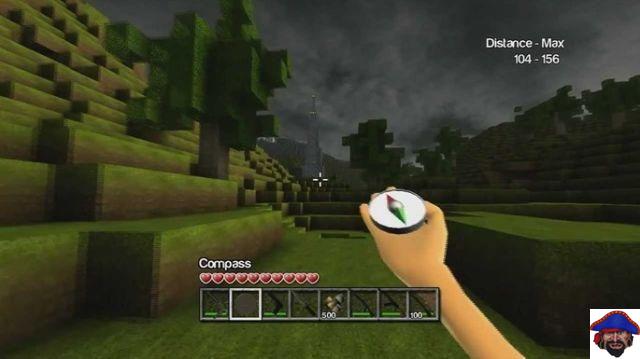 Another Minecraft-style game, as you can see in the image above. The game has all the freedom of exploration, creation and destruction of Minecraft, the game also has several modes, but it focuses a lot on the cooperative experience and has a darker theme. 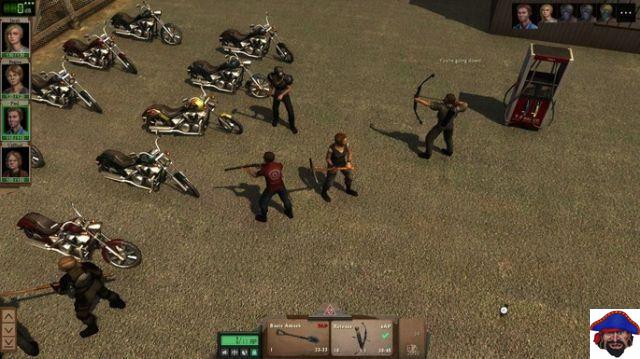 Dead State: Reanimated is a survival RPG where you have to control a group of survivors in a lawless world. The game focuses a lot on the construction and fortification of bases and the combats follow turn-based mechanics, having a much more tactical content. 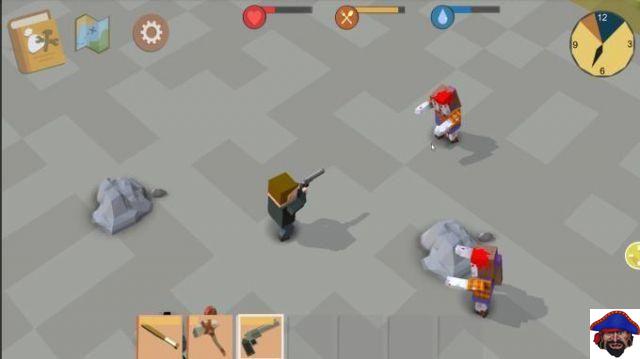 ZIC: Survival is yet another zombie-themed survival game. Despite very simple mechanics and Roblox/Minecraft style graphics, the game is extremely fun and offers a more casual experience. The game also has a great story mode with interesting quests and the item crafting system is not far behind other games. 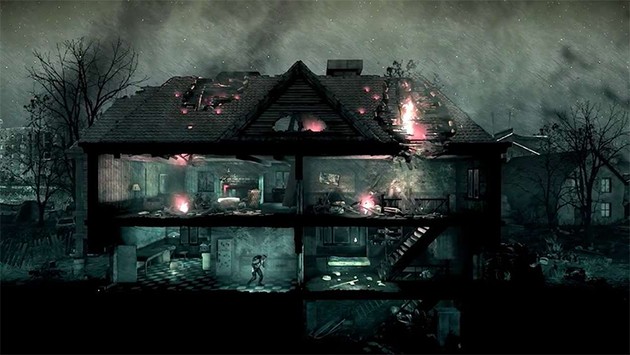 Many games tend to treat war as an event that involves guns, shooting and lots of action, but This War of Mine goes further, focusing on the survivors. A game with a great emotional charge, with the help of a dramatic soundtrack, will make the player strive to make their characters survive.

To keep everyone in the group alive, the player will be forced to make decisions that aren't always easy. You'll have to avoid being eliminated by soldiers and use your skill to craft and repair essential goods. It's not free, but the game is really worth it as the dozens of awards it won prove.

A kind of Minecraft in 2D, Terraria is a fun game where the player creates everything from buildings to protect himself to weapons to fight. There is no limit to what you can do or create, as long as the enemies that appear don't eliminate you. There are bosses to beat and you can even play multiplayer with friends. The player has complete freedom to build his own adventure, while surviving the dangers of the terrain. 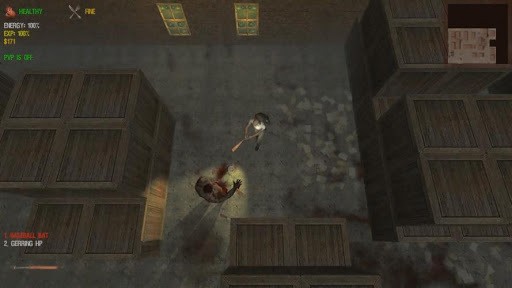 Dead Frontier 3D is a zombie-themed survival MMORPG. Even being a browser game, the game has great graphics and surprising content, with hundreds of weapons, items and a very large open world to explore. Another big difference is the strong emphasis on multiplayer modes, especially in PVP. 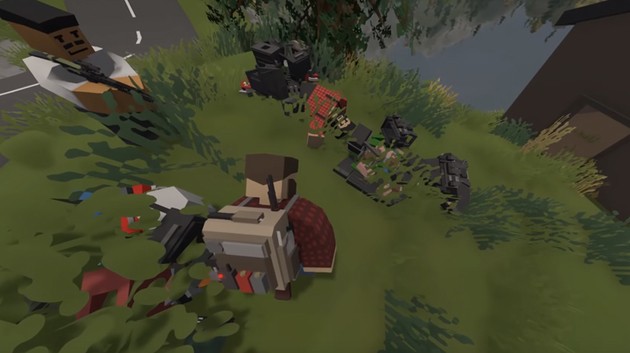 Even with even simpler graphics than Minecraft, Unturned is a very popular survival game that has great content and several game modes. The theme is also zombie but the game focuses on multiplayer modes, whether cooperative or even battle royale. Don't be fooled by the looks, Unturned is a game that has a lot to offer.