To help your Discord server interact, it is essential to implement Discord game bots to your server. With bots, you can play Discord games on the server, challenge other members and win prizes! A gaming bot is a great way to keep users active on your server, especially if you are running a gaming Discord server, and ensure they have fun while interacting with other members.

However, as there are hundreds of Discord game bots, it can be difficult to determine which one to add! If you want to know more about Discord's top bots, read on. Without further ado, here is our list of the 17 best Discord game bots that you can use to start playing Discord games with friends. 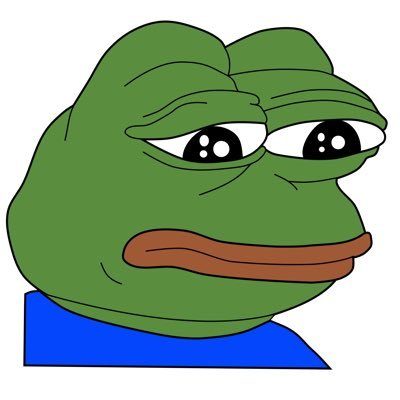 If memes are your love language, Dank Memer is the Discord bot for you. You'll get bot commands that make it easy to add the perfect meme or create your own memes.

Dank Memer also has a coin element that allows users to earn coins through gambling, stealing from other users, and more. The currency can be used to get cool stuff in the bot shop. 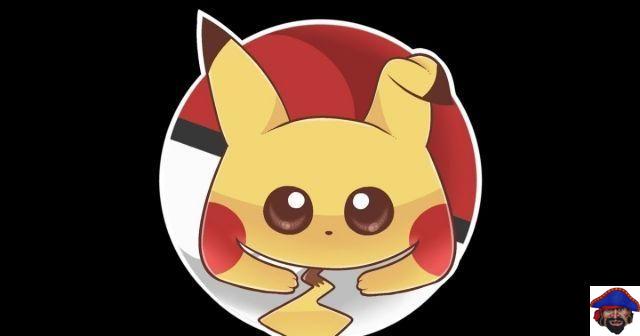 I'm sure you've heard of pokecord so I won't waste a lot of time talking about it. It is the most popular bot that allows Pokémon to appear on your Discord server and allows players to capture, trade and grow them. It has Shinies, IVs and a limited battle system.

If you just want to sit on Discord, chat, and catch Pokémon with little effort, Pokecord has you covered. 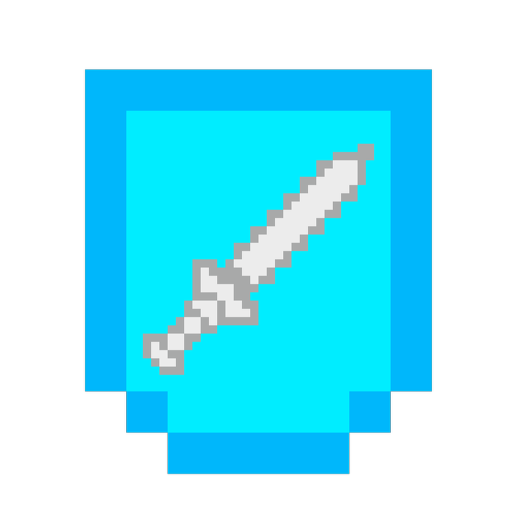 EPIC-RPG is an economy + rpg bot, with lots of features like enemies, dungeons, pvp, gambling, loot, leaderboards, prestige and more. The aim of the game is to level up, get armor and swords, and defeat dungeon bosses to unlock new commands and features.

There are a total of 15 dungeons: the battle mechanics are quite simple and interactive! 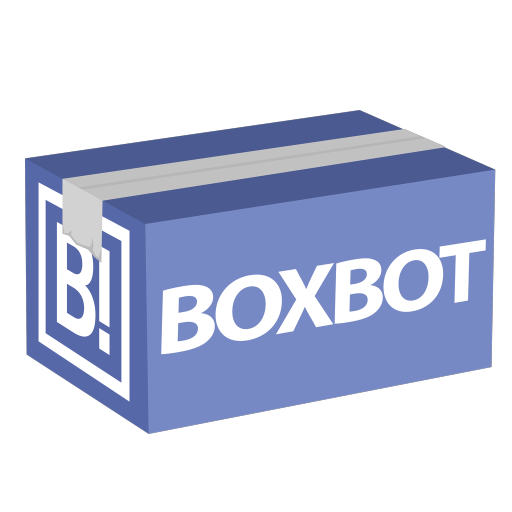 BoxBot is a Discord bot where users can open boxes, acquire a wide arsenal of weapons and fight other players. Other items available on the platform include mini-games, games of chance, achievements and more. 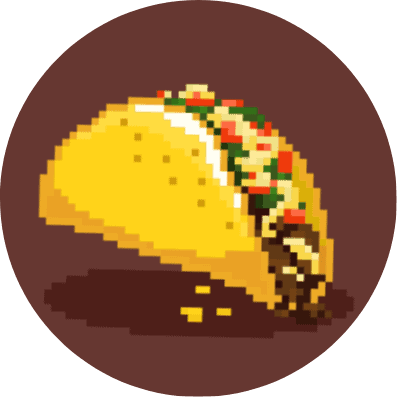 If you're looking for a little fun to spice up your server, you can't go wrong with TacoShack. This is a silly bot that lets everyone on the server work together or against each other to manage a virtual taco shack – hire employees, run ads, buy upgrades and sell tacos.

It will not only make people come back to your server to participate in the entertainment, but it will also create friendships and competition within the server thanks to the leaderboards. You can even reward people for reaching specific milestones. 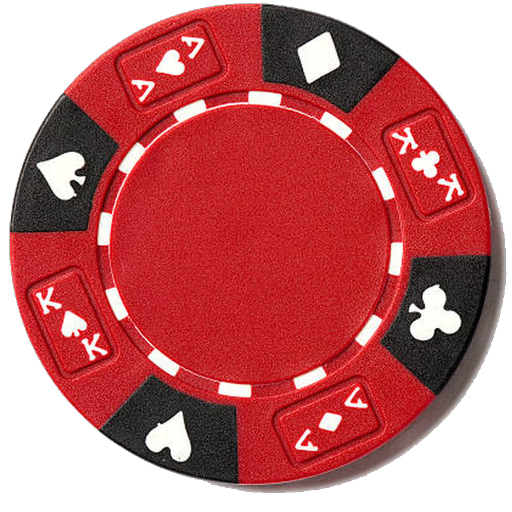 Furthermore, cryptocurrency enthusiasts will appreciate that this gaming robot also allows for the buying and selling of cryptocurrencies like Bitcoin and Ethereum. 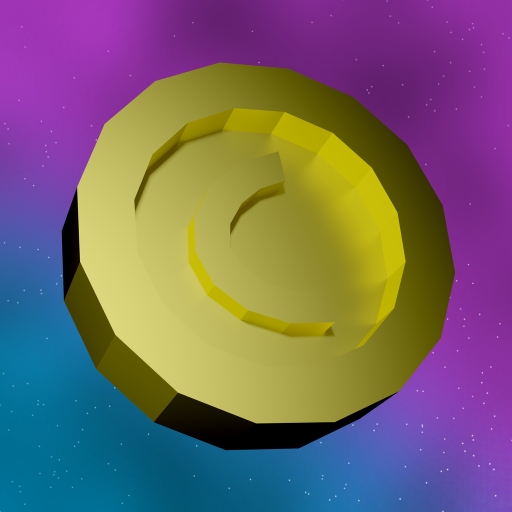 CoinMaster is a high quality clicker-like Discord bot! It is inspired by games like Cookie Clicker and other economy type games.

Buy items to earn a certain amount of coins that are generated every second. You can also earn coins by sending messages. CoinMaster uses an anti-spam timer that prevents spammers from earning coins by constantly sending messages, so you don't have to worry! 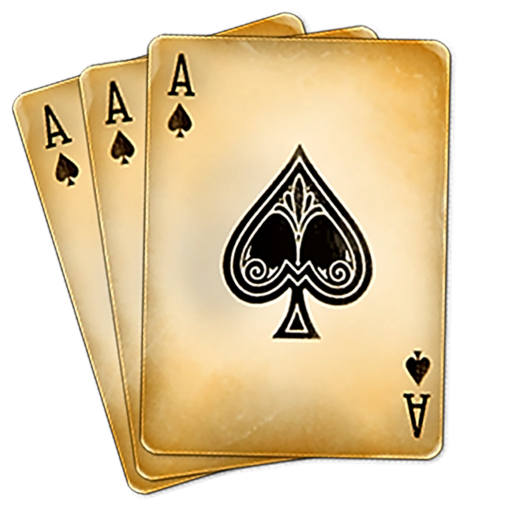 For those who prefer card games where you need to bluff your friends, the BlackJack Discord bot will get your server a little more lively.

You and your friends can place virtual chips in various games where it's all about luck and a little skill. You don't have to rely on victory all the time, though.

You can get additional chips by claiming more every two hours or so, ensuring that even those who consistently lose can still play and play some chips while they wait for the matchmaking servers to connect. 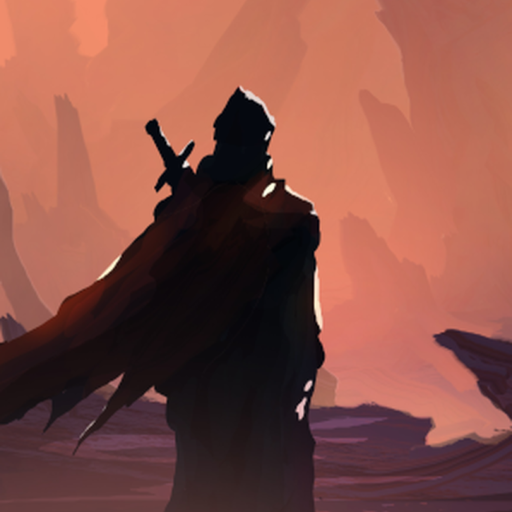 IdleRPG is a text-based RPG game that you can play on your server. You can create your own character, including your race and class. So, you can go on quests and fight monsters, buy and trade fantastic items, join guilds, interact with gods, and even marry other players. Play through your character's journey as you interact and create stories with other players. IdleRPG is sure to add hundreds of hours of RPG fun to your server. 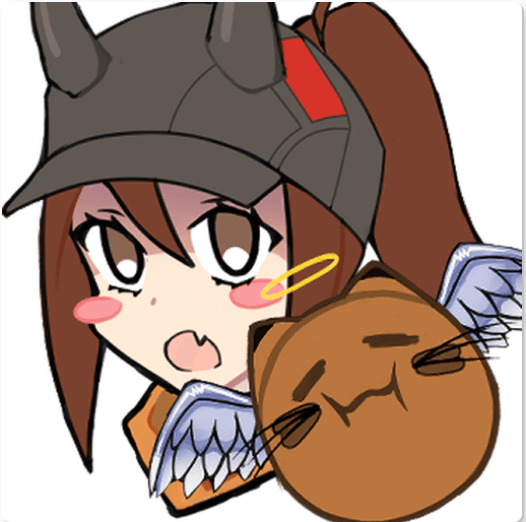 PokeMeow is Discord's most popular bot Pokémon. With this Pokémon bot, you can capture Pokémon on your server, trade and battle with other members, and complete quests for coins and in-game items. The Pokémon bot also lets you compete with other users on the global leaderboard as you fill your Pokédex! PokeMeow is the perfect Pokémon Discord bot for fans of the franchise. 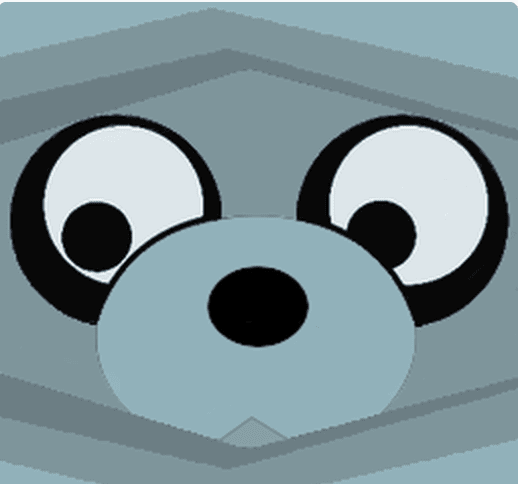 Rock Puppy is a simple Discord bot that includes several classic games. With Rock Puppy, you can play Discord games like ConnectFour, Truth or Dare, Trivia, Tic-Tac-Toe, Russian Roulette and Would You Rather. You can also use a magic 8 ball, roll dice, or get tarot readings. Use Rock Puppy to play classic board games and parties on your server and get to know your members better! 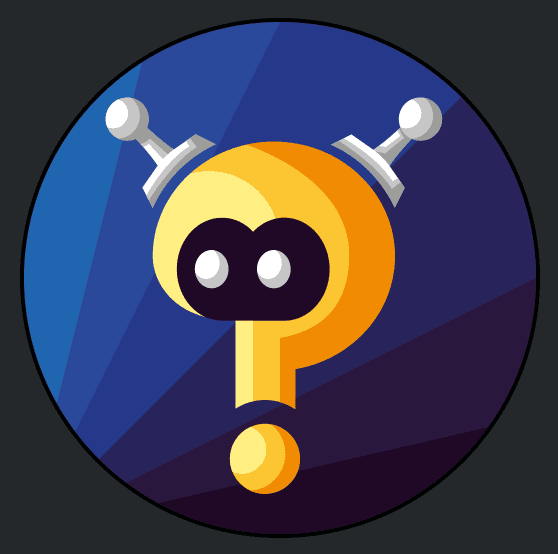 TriviaBot is the best trivia robot for Discord. It includes over 90.000 questions and you can even submit your own questions to have them appear in the bot. Members can create and join teams to run tournaments against each other. You can also set up a public leaderboard to show who is doing the best on the server. TriviaBot also sets its own monthly leaderboard for all of Discord, and each month's winner gets a month of Discord Nitro Classic. 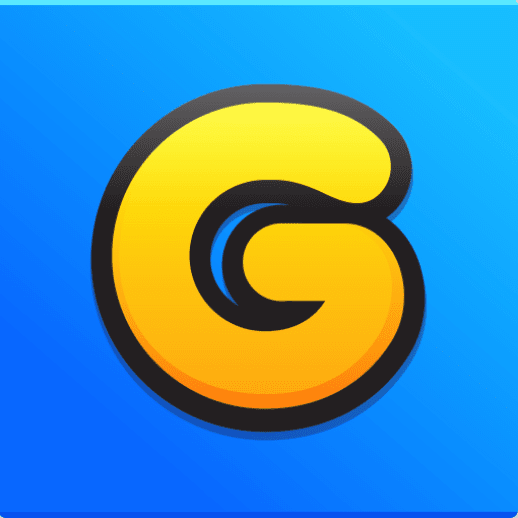 GarticBot lets you play the Gartic on Discord drawing game. In the Discord game, GarticBot starts by drawing an image on its server. Then the members compete with each other to see who can guess which image is the fastest. You can also upload your own drawings for others to guess. Just enter the command g.draw and Gartic will send you a link to submit your drawing. GarticBot offers a fun Pictionary-like game that can be enjoyed by everyone on its server. 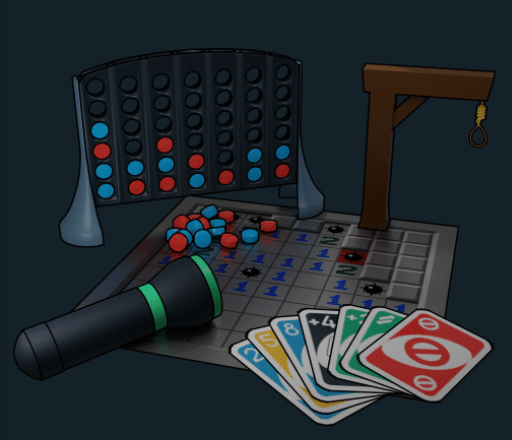 GamesROB adds several classic party games to Discord, including a bot Uno, ConnectFour, Battleship, Hangman, 2048, Tic-Tac-Toe, Minesweeper, and Trivia. You can also play “Detective”, a Discord game where you try to guess who the “killer” is on your server, memory games and City, Country, Rio, a game where you think of as many words as possible on a topic . Finally, GamesROB includes fun seasonal events like trick-or-treating that help you celebrate holidays on your server! 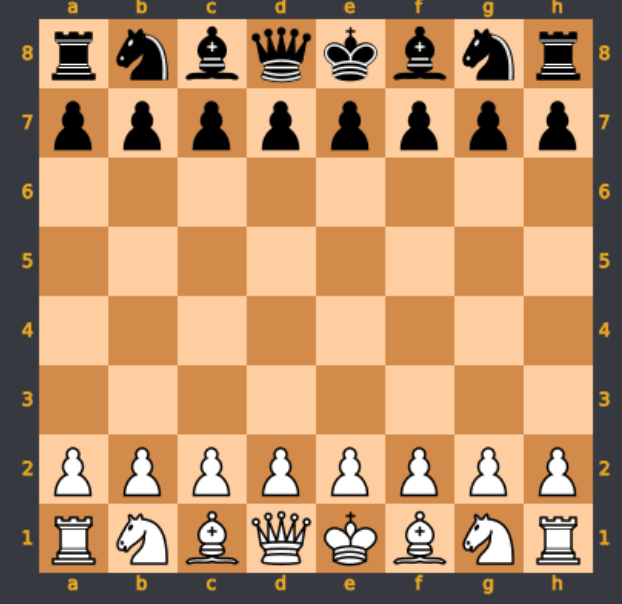 Chess is pretty simple – it lets you play chess on Discord. You can challenge other members of your server to a game of chess and play directly on the server. Simply tell the bot which pieces to move and where. The Discord bot generates a new board image after each move so you can see the board to plot your next move. And since the game takes place on your server, other members can watch and discuss the game! Chess allows you to bring the whole community together in a classic board game. 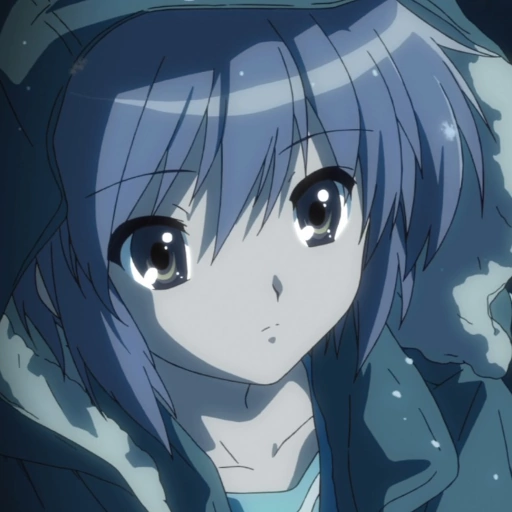 Mudae is a character collecting game for Discord. Claim popular anime and video game characters as your “helpless” or “husbands”, build your harem and compete against other members to claim your favorite characters. You can also trade characters with other members. Mudae is a fun Discord bot for gamers and geeks and is sure to start conversations about your members' favorite games and shows! 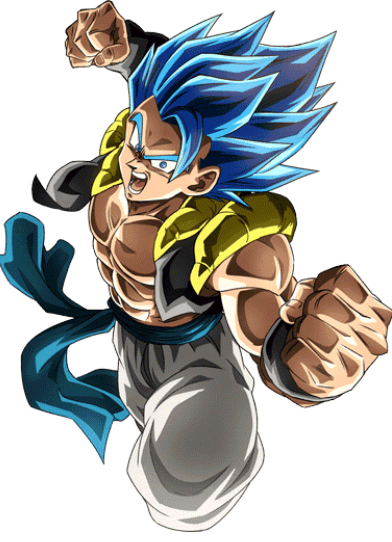 Dragon Bot Z is the bot that adds the text-based multiplayer Discord Ball Z RPG to your server. In Discord Ball Z, players summon characters from the popular Dragon Ball Z franchise, train those characters, fight enemies, buy items, and trade with other players. This Discord game is perfect for Dragon Ball fans or anyone who likes text-based RPGs. 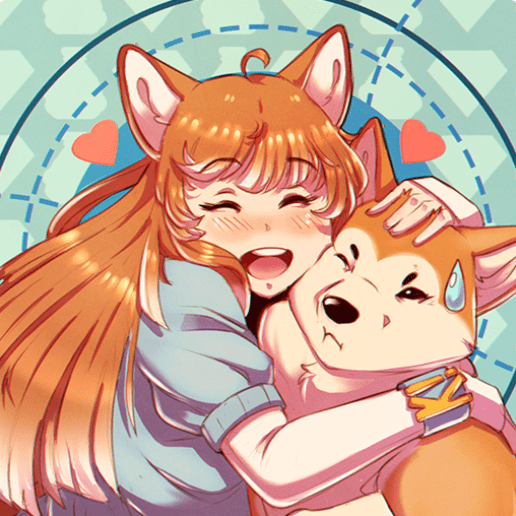 Like Mudae, Karuta is an anime character collection game for Discord. However, in Karuta you collect characters in the form of trading cards. You can customize, upgrade and trade your cards and other items with other players. Even better, you keep your same cards on the servers, so you can play with the same Karuta deck on whichever server the game bot is added to! Relive the joys of collecting and trading cards and making new friends in the process!

Of course, gaming bots aren't the only good Discord bots out there. You can make your fun Discord server more interactive with a variety of bots! First, check out our list of the 35 best Discord Bots.

You may like other lists and guides listed below: