15 Multiplayer games via local Wi-Fi and Bluetooth for Android!

And when the internet goes down, how do you do it? Run out of game? Of course not! With the amount of amazing games available out there, of course, many of them would have multiplayer support to play via local Wi-Fi (just be connected to the same network) and also Bluetooth. To make your search easier, we've rounded up the 15 best games of their kind for Android below. There's something for everyone, check it out! 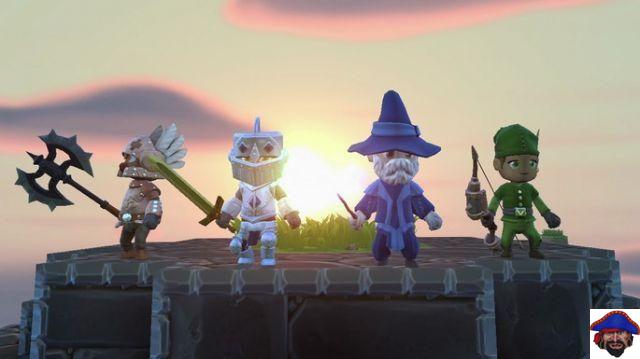 Portal Knights is an open world RPG with 3D graphics and a very captivating visual identity. The game brings together all the classic elements of the genre such as classes (warrior, archer and mage), bosses, missions, inventory, items and etc.

Portal Knights also has several Minecraft-like elements. Here you can also destroy the scenery and rebuild it as you wish, as well as being able to farm resources and craft new items. Undoubtedly an extremely fun game for you to play in cooperation. 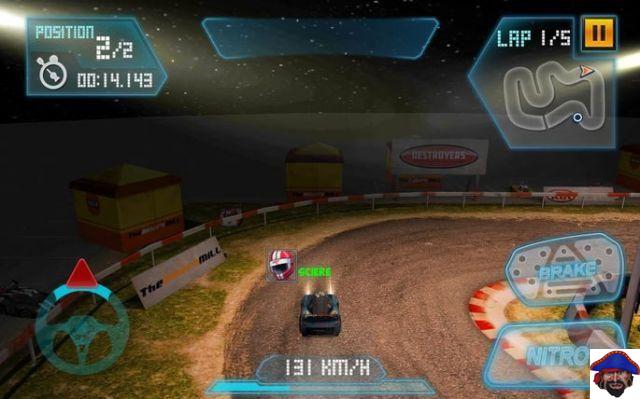 Mini Motor Racing WRT is a top-down (top-down camera) style racing game. The game is the sequel to the award-winning Mini Motor Racing, and offers even more frenetic and fun racing.

In addition to a very rich Campaign mode, Mini Motor Racing WRT is one of the best games to play on a local network with friends. With over 30 tracks and tons of car customization options, you won't want to leave the game anytime soon. 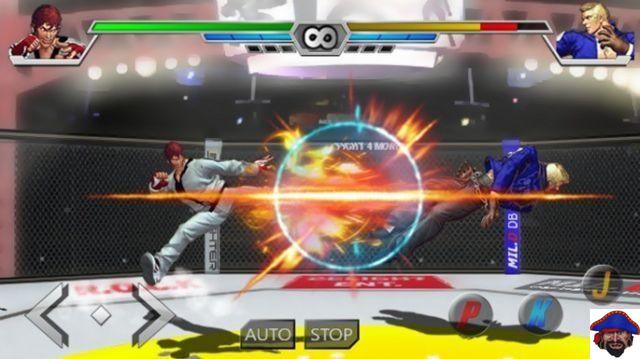 Infinite Fighter is a fighting game with Street Fighter 3 style mechanics and graphics. Among several combos and special moves, the game features a very fluid and innovative control system in which most commands are made by sliding your finger in some direction. Even though it seems simple, this opens up the possibility of several different blows without the need for complicated commands on the cell phone like half moon or Dragon Punch.

Infinite Fighter has several modes such as Arcade, Missions, Training, Raid and, of course, the Versus mode in which you can compete with friends via Bluetooth. 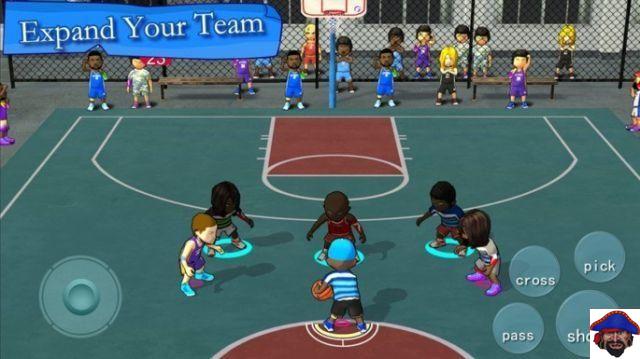 Special Forces Group 2 is an FPS extremely based on Counter Strike 1.5. In addition to the similar graphics, the game has identical mechanics to the first CS game, such as the division of teams into Terrorists and Counter-terrorists and the system for purchasing weapons and equipment (vests, grenades, etc). Here, one of the teams also needs to plant a bomb while the other needs to avoid it or even defuse it.

Special Forces Group 2 also has maps that are true reproductions of the existing maps in CS 1.5. Anyone who played it will notice the similarities! 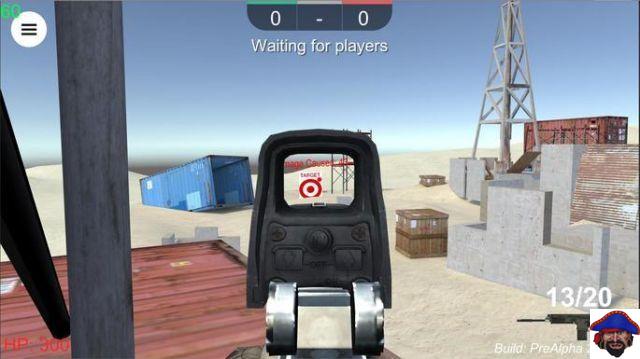 Another FPS, Local Warfare has more current graphics compared to Special Forces Group 2 and is heavily inspired by Call of Duty. The game has a completely free Battle Pass where you can unlock all the content in the game and just like in CoD you can modify your weapons with attachments and use skills.

Local Warfare features the same tactical combat typical of Call of Duty. Here, in addition to weapons and grenades, you will need to use drones, missiles and even shields to emerge victorious.

Street Basketball Association is a basketball game with minimalistic 3D graphics. Even with very simple controls, the game has very interesting mechanics such as feints, blocks and dunks that vary a lot according to the timing of the commands. In addition to local network matches, the game allows you to compete against players from all over the world and even compete for a place in the world ranking. 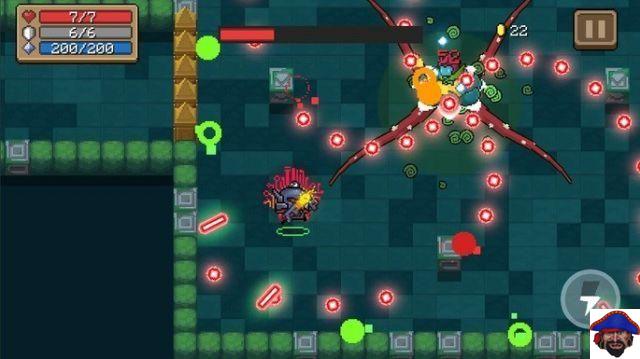 Soul Knight looks like an RPG, but it's actually a frantic action game in which you have to go out shooting absolutely everything around you. The game has very captivating minimalist graphics and several different heroes, each with their own abilities and weaponry.

Soul Knight also features randomly generated maps so you never know where the match will take place. But, without a doubt, the best thing about Soul Knight is the various game modes that you can play cooperatively with up to 4 people. 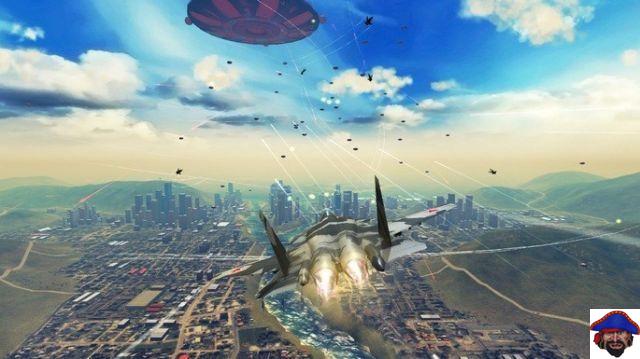 Sky Gamblers is a spaceship shooting game with great 3D graphics. With action-packed combat and special effects, the game has several single-player and multiplayer modes, both cooperative and competitive. 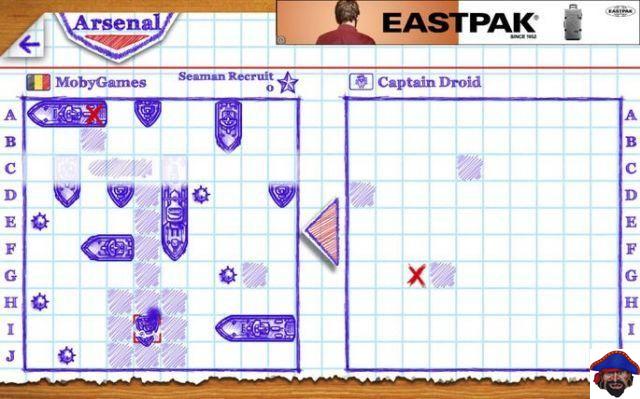 Sea Battle 2 offers the classic experience of the famous Naval Battle. With minimalist graphics, the game even takes place on a notebook sheet. In addition to the simple and straightforward gameplay, the game also has several modes, tournaments and even a city simulator in which you build and improve buildings according to your victories in matches. 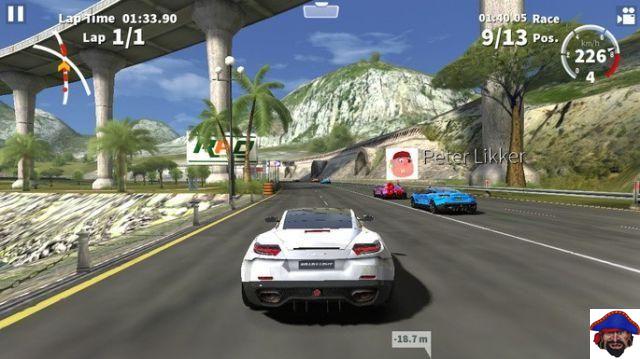 GT Racing 2 is a high-end graphics racing game for mobile phones. In addition to racing in various modes, numerous events and dozens of cars and tracks, the game also focuses heavily on preparing for races, requiring you to choose the right cars, tires and other parts for each specific course. 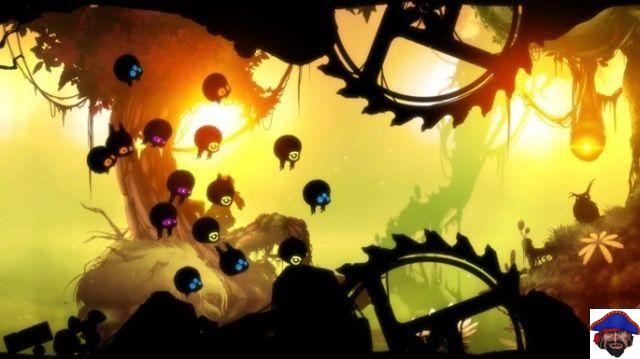 Badland is an award-winning platform game in which the objective is just to fly through the level and reach the end. The game is very reminiscent of the Flappy Bird phenomenon (but much better done), as you need to keep a creature flying at the right height while dodging obstacles. In addition to more than 100 levels, the game has a cooperative multiplayer mode and a level editor for you to create even more challenges. 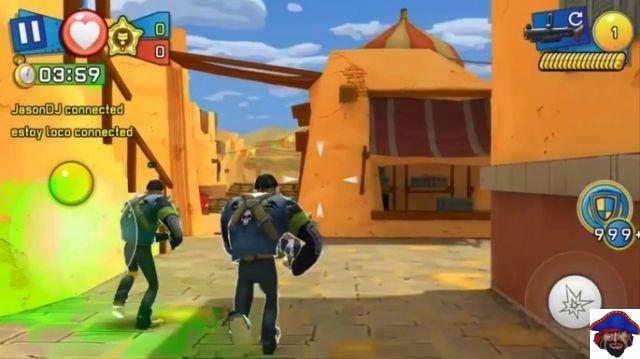 Respawnables is a 3rd person shooter that visually is very similar to Fortnite. The game has very colorful and captivating scenarios and characters, frantic gun action, hundreds of missions, various competition modes and character customization options. A great and fun option for PvP! 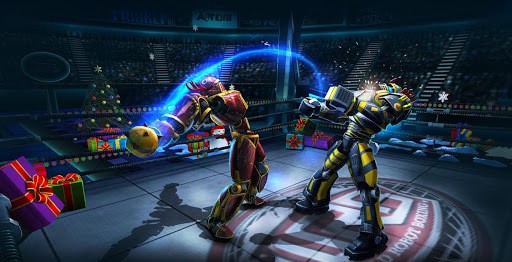 From the name you can already imagine, Real Steel World Robot Boxing is simply pure brawl between robots. The game has decent 3D graphics and a simple control system that makes you focus 100% on the action. Between special moves and uppercuts, you'll be able to participate in championships in exchange for trophies and belts. 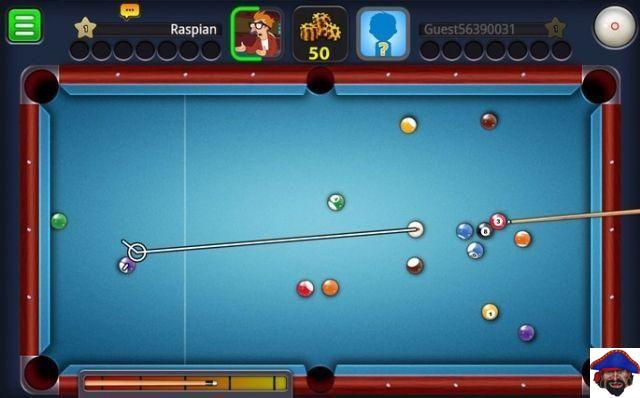 8 Ball Pool is a super popular mobile pool game. In addition to the numerous online modes, the game also supports local network or Bluetooth for you to challenge your friends. The game is extremely addictive due to its interesting physics that allows for advanced and well-thought-out gameplay. In addition, the game uses a betting system that makes you have to pay with your virtual coins to participate in the matches, which makes everything much more exciting.

No introductions required, right? The mobile version of Mortal Kombat has extremely simple controls where you just have to slide your fingers to attack. Other than that, the graphics are of the highest quality and the violence is exactly what you would expect.

add a comment of 15 Multiplayer games via local Wi-Fi and Bluetooth for Android!