Check out the list of the best Naruto games ever released. Naruto has been the driving force of a franchise both abroad and at home. Between manga, anime, video games and merchandise, most people have at least heard of it at some point. The number of video games produced for fans of the series is staggering and there are dozens of Japanese games that never made it to the US.

That being said, there are some excellent games that have been released in North America and have done very well on multiple consoles. For those just diving into the waters of Naruto's video game library, this article will save you some time in recognizing the best games produced about the young ninja and his peers.

You can check out another list of an anime with successful games, Naruto. Check out the best ranked Dragon Ball games.

Below you will see several of the best games in the Naruto franchise released on several different platforms. Most games are fighting games. 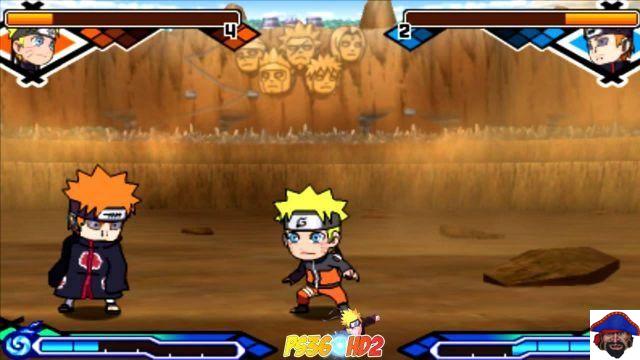 Naruto fans can generally be divided into two categories, those who like the darker, more mature themes found in the story of a demon-possessed boy and fans who want things to be lighthearted and whimsical.

The game Naruto: Powerful Shippuden falls into the latter category. With its chibi-style animation, silly dialogue, and joke-filled story, this game is a unique experience that remains fun even if the jokes miss as often as they hit the mark. 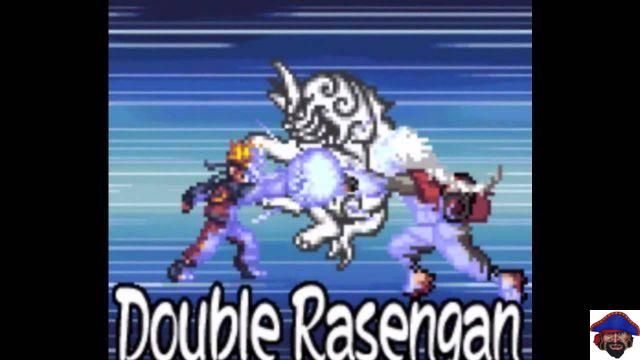 Released for the Nintendo DS, Naruto Shippuden: Naruto vs. Sasuke is a side-scrolling adventure where the famous orange-clad ninja embarks on a surprisingly dark and dark adventure. Fans really liked the touchscreen controls and found the combat fun and engaging.

The singleplayer was surprisingly decent thanks to the more mature storyline, but fans really seemed to like the multiplayer mode and Boss Rush. There are certainly Naruto titles with better stories and gameplay, but this title was addictive in a way few were. 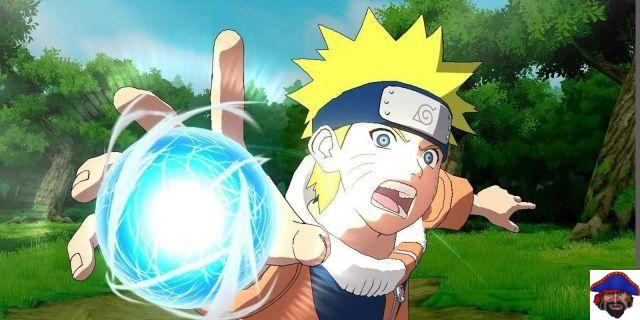 Most fighting games have kept things restricted to the battle arena and only recently have they started to incorporate a more open world. Naruto: Rise of A Ninja was one of the few games that really surprised the world and allowed players to explore it at their leisure.

For fans of the show, this was a great nostalgic romp, but others were a little annoyed by the platforming aspects of the game and just wanted to get to the fight. In the end, it was a divisive title that some fans liked a lot and others not so much. 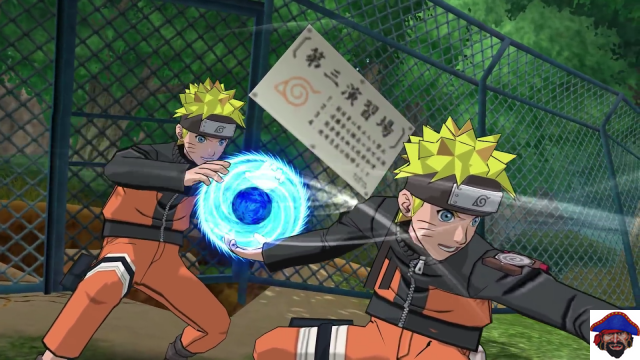 Released for the Nintendo Wii, Naruto Shippuden: Clash Of Ninja Revolution 3 had a story mode that was seen as a huge improvement when compared to previous Naruto titles. Even so many fans remember the game fondly, not for the singleplayer, but for the fun multiplayer.

With the new tag mechanic, players can swap their fighters for someone new and track attacks in interesting ways. Many players also commented on how well the game worked with the Wii's motion-based controls. 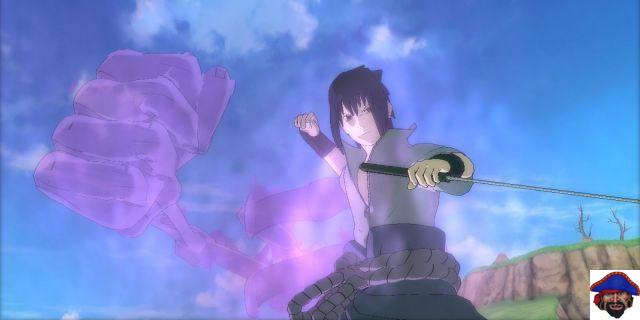 Boasting 72 characters for players to unlock and master, Naruto Shippuden: Ultimate Ninja Storm Generations was a fighting sandbox that players were more than happy to get lost in when it launched. The fighting mechanics were simple to learn and took a lot of game time to master and battles were faster compared to previous titles.

The singleplayer story wasn't all that engaging, but for fans of straight-up brawls that didn't matter. Awakening transformations were also a fun mechanic to unleash in battle. 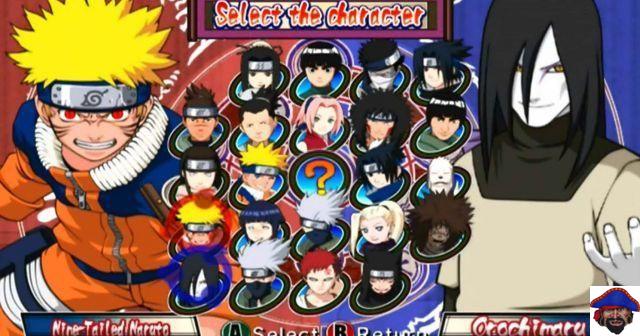 Naruto: Clash of Ninja is one of the first games produced for the Naruto fanbase in 2003 for Japan and in 2006 for North America. Although this game is over a decade old, it was very well made and still has appeal today as a solid fighting game.

The reason it doesn't have a higher rating is that the game was simple, almost as if the developers were testing the waters to see if a Naruto fighting game would be popular. There were only ten characters, the fighting was simplistic, and there wasn't much to do once players beat the story, but even so it was a well-made game that has stood the test of time. 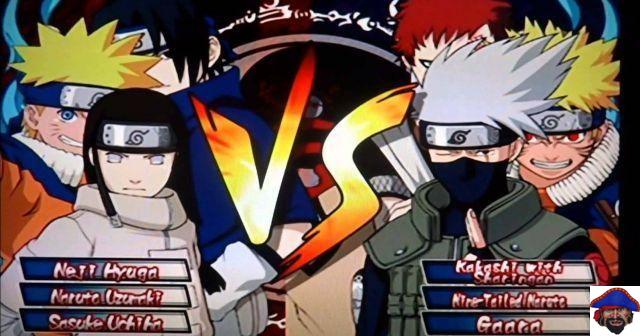 After the success of the first game, the developers quickly released the sequel that same year and added features that fans wanted. Of course, it still had the same storyline, but they more than doubled the fighter roster to 22 characters and added four-player multiplayer.

They also added a number of unlockable content to give the game more replayability and an endgame for fans who beat the main storyline. Despite the rush in production, it didn't suffer from many bugs and fans were surprised at the amount of feedback that was incorporated into the game. 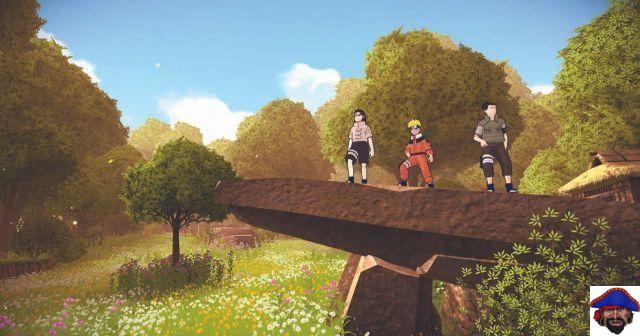 Produced by Ubisoft, Naruto: Broken Bond was created for the Xbox 360 in 2008 and is a sequel to Naruto: Rise of Ninja. The story was very faithful to the anime and the game even incorporated the voice actors and soundtrack from the anime series.

In terms of gameplay, it played very well with a roster of 30 characters and introduced a fun tag-team style of play. They also decided to update the 2D scenes in the first game to use 3D. It was a great game that made a lot of improvements over its predecessor and showed that US companies could make fair versions of Japanese anime for video games.

7. Naruto: Path Of The Ninja 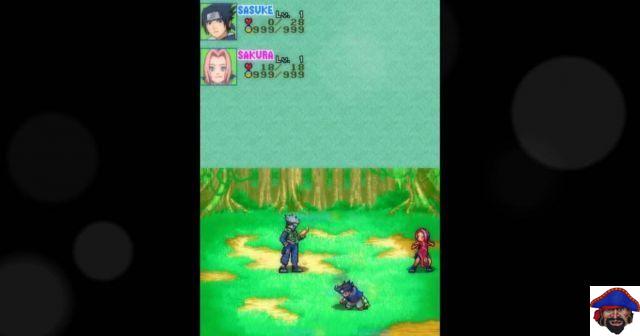 You'll likely notice that many of the games on this list are fighting games, but there were a few notable exceptions when game developers experimented with the Naruto franchise. Naruto: Path Of The Ninja was a turn-based JRPG that did well in North America and Japan.

What's notable about the game is that they decided to take a chance and present an entirely new story that wasn't present in any of the anime or manga arcs. The risk was worth it as fans enjoyed the new original story rather than the numerous rewrites of the original story they've experienced in other games. While standard gameplay rates this game low, it deserves this spot for an original story that resonates well with fans. 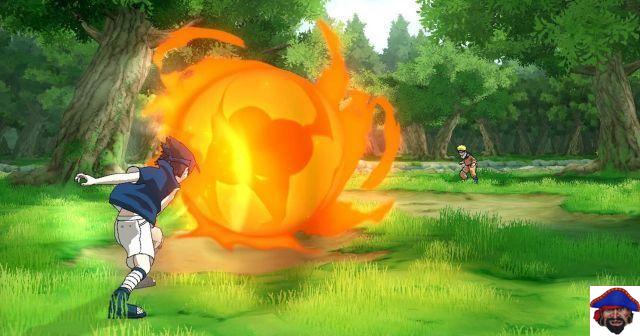 Naruto Shippuden: Ultimate Ninja Storm is the first Naruto game to dive into the waters of PlayStation 3. The game made a bold move by taking fights out of the default two-dimensional settings and incorporating the environment into three-dimensional battles.

This sense of freedom and dynamics is incredible compared to previous titles and introduced a franchise that fans adore to this day. The exploration of Konoha village between fights felt well done and open to the point that fans felt like they were exploring the anime itself. 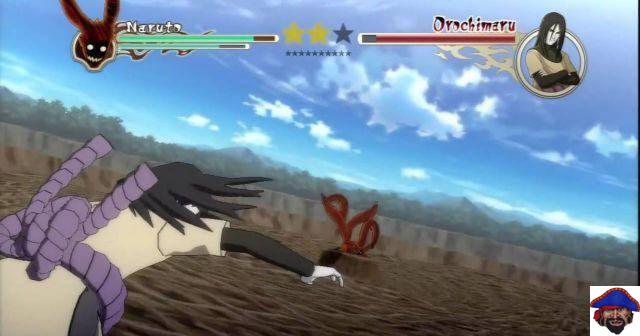 Once again, the developers took what made a game successful and expanded on it with the sequel. Naruto Shippuden: Ultimate Ninja Storm 2 expanded the roster to 42 characters and made the village of Konoha even more vibrant and detailed than before.

The developers realized their mistake from the very first game and decided to release this game to a wider audience including Xbox 360 owners. than a separate game, though that in no way dilute how good the game was. 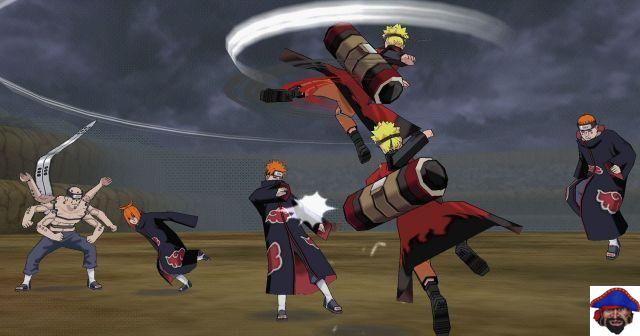 Naruto: Ultimate Ninja Impact earns its rightful place in the top four for doing what most other Naruto games haven't considered, pitting Naruto and the other characters against armies of opponents instead of one-on-one battles.

Made for the PSP, this game felt epic as players could face 100 opponents and the boss fights were amazing. What's baffling is that the game's developers never went further with the concept and decided to go back to one-on-one fights. Admittedly, some of these one-on-one games are better, but it's a shame to think about how the Naruto games could have been if they'd stuck with the grander feel of Naruto: Ultimate Ninja Impact introduced. 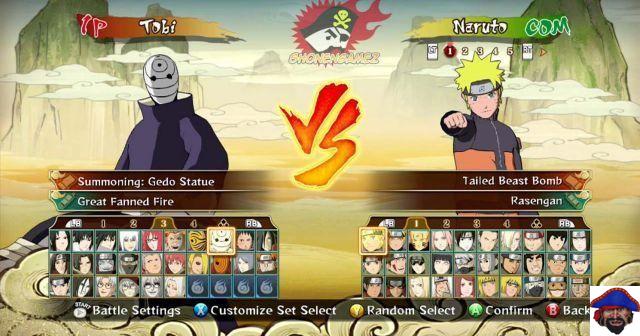 This game was a blast and introduced a whopping 100 characters to the roster, some of them were actually new creations put into the game by the creator of the Naruto manga series, Masashi Kishimoto. The game also introduced a fun battle royale style tournament where four characters can fight at the same time.

The only thing that dilutes this otherwise fantastic game and why it doesn't have a higher rating is that the game has been bogged down by the need to include a lot of fan service. Seeing the half-naked characters fighting in combat removed some of the immersion and felt like a cheap trick to boost sales, which the game honestly didn't need. 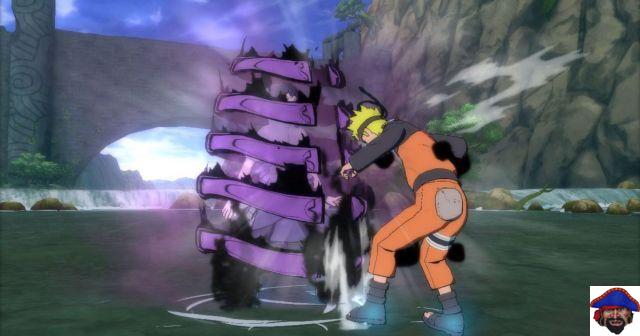 Awakened Mode, in particular, was a welcome feature that gave players the chance to fight harder as they approached the end. It was a great game and a sign that things would only get better with each new title. 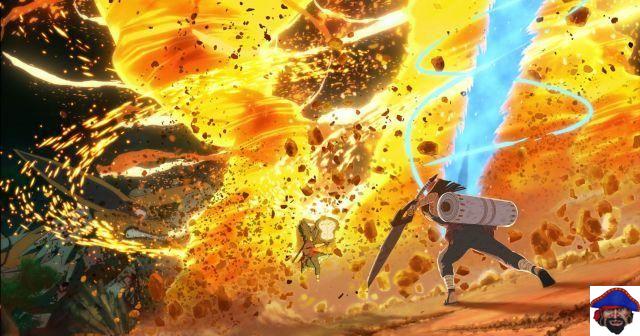 The cream of Naruto gaming culture, Naruto Shippuden: Ultimate Ninja Storm 4 is the latest game introducing Naruto to reach North American and Japanese audiences. Admittedly, it was released with a number of bugs and optimization flaws, but once they were fixed, it quickly proved to be the best Naruto game ever made.

It kept the big three-dimensional fights and introduced dazzling cinematography and a more compelling story. A welcome feature is the ability to switch characters during battle and introduce elemental damage that affects weapons and clothing. It's big, it's epic, and there's nothing better than watching an Ultimate Jutsus devastate your opponent and a huge chunk of the planet.