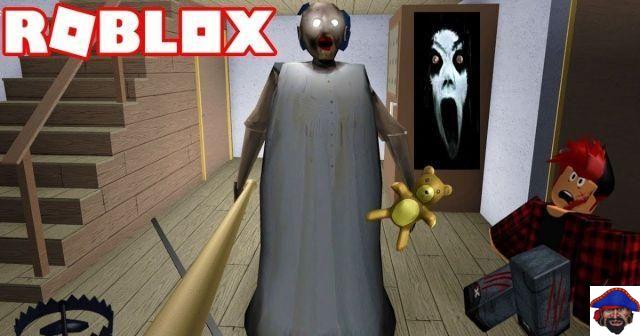 Roblox is full of bizarre and weird games created by players. In this article, we have separated the 12 weirdest and most fun for you to play for free on the platform! Don't forget that you need to be registered on the site to be able to access the games below and the community of players!

Imagine a game like Granny, but whose villain is Peppa Piggy. Exactly: the cutest little pig in children's cartoons is quite angry and is chasing every player that enters its map.

As if that wasn't weird enough, Peppa is making quite macabre pig sounds to terrify players. Apart from that the bugs of this game make the experience even more bizarre, because the crashes can make you get scared of the pink pig.

This isn't exactly a game, in the sense that you don't take actions. Basically it's sitting and watching a flock of parrots dance in a bizarre setting. There's even a little song, which by the way is one of those that sticks in your head, as well as the game itself, which has the power to make you stick to the screen.

Tutorial: How to find ALL portals! (eg - testing) (with timestamps)

Eg-Testing is one of the weirdest things you'll see on Roblox. You control a bouncy, drunk, hat-loving egg. The objective is to explore the scenario, which is quite wide, collecting hats and other accessories to customize your egg, which is very difficult to control, as it walks crookedly.

If you're a Sesame Street fan, this game is for you. And if it isn't, it's also because it's quite funny. Elmo, a character on the show, is pretty annoyed because he thinks you stole his goldfish and his crayons. Your mission is to eliminate all the helmets that appear in the scenario, having at your disposal a good variety of weapons.

Human Giraffe is something that will make you have nightmares. You are a human with a giraffe neck, who has medieval armor, a sword and must explore a hostile world. You can battle PvP, and you can edit your humanoid giraffe by placing items on it.

And you know what's even more bizarre? She throws a hook from her head to scale surfaces...

Stop it, Slender! It's not really weird, but it's pretty scary! One of the players controls Slenderman, while the others must flee from the creature. If you play with headphones, the experience gets even more tense and awkward, as you never know where the monster comes from.

Roblox Gameplay - A Wolf or Other

Play A Wolf or Other now

A Wolf or Other is a very simple game, with only three characters: an innocent, a hunter and a werewolf. The innocent must survive, the hunter must kill the werewolf, and the werewolf must kill the other two. The selection of who controls who is random, so it's quite fun not knowing who you're going to take on.

Bear Alpha is a bizarre survival game. The scenarios resemble the levels of DOOM, but the theme is: a bear has 5 minutes to kill all survivors. He's faster than people, but people can run limited, then have to fill the bar.

It's worth playing with headphones, because the soundtrack is very impactful.

9. Alone in a Dark House

Here you are a policeman, alone in a big house. Your mission is to solve the mysterious murder of a child. The puzzles are interesting, and the dark atmosphere, with a chilling soundtrack, makes this strange game a unique Roblox experience!


You get in an elevator and go up almost infinitely floor by floor. When the door opens you will find several enemies and bizarre things trying to kill you. Tip: be on guard and ready to defend yourself!

Granny is that well-known game in which you must escape from a house cursed by an old, immortal ghost. The game is very difficult, and to beat the old one you will need to follow a series of procedures to release weapons and items that will guarantee your salvation.

The Rake is a monster that lives in the middle of the forest. His goal is to survive until daybreak, having to run and hide from the damn monster. Another game that is wonderful to play with headphones, because the setting is very dark, causing epic scares even in the bravest!

Audio Video 12 Weird Roblox Games For You To Play Now!
12 online games to play with the family at a distance! ❯

add a comment of 12 Weird Roblox Games For You To Play Now!