FIFA 21 brought some innovations to Career Mode and they changed the way of playing a little bit. In this article, we are going to give you 12 tips for you to make the most of these changes, becoming a successful coach on any team you choose to start!

1. Choose your starting team thinking about your style of play

Very cool to choose Real Madrid from the start, because the Merengues are the richest in FIFA 21. But do you play well with the squad and with the Madrid style of play? The first tip is to choose the team according to your way of playing and your goal in career mode.

He may do well with a weaker team, for example, or with a less famous but equally good team. To help you with that decision, you can consult our articles on teams for Career Mode: 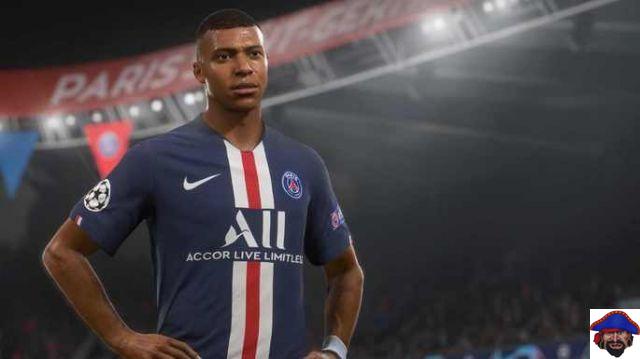 Okay, this tip is pretty basic, but it needs to be given. If you want to play Career Mode for several seasons and you want to play with the same team, sign good promising players right away. Do this for all positions, to ensure that in the future you will have players in your squad from defense to attack.

If you need tips on which promises to look for, you can see:

In addition to promising players, we have other types of players worth signing. These are older, but they are not experienced names that can bring great quality to the cast. Look:

4. Try to change the players' base position 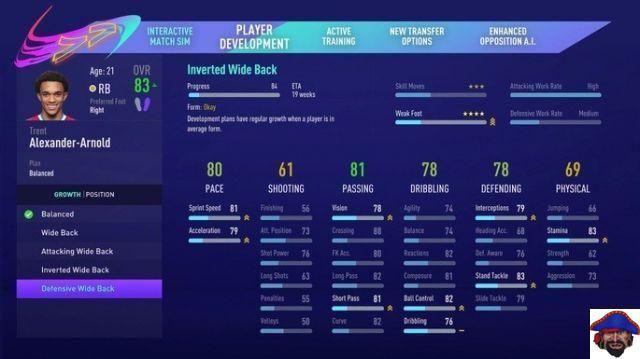 This can be done with any player, be it a young prospect or a veteran. Let's say you found a great right winger, with good speed, stamina and breath. If you don't use wingers, you can turn him into a right midfielder, to bring firepower to the offensive system.

This is done in the cast tab. There, go to the player development menu, choose the athlete and make the switch. It can be very worthwhile, especially if we are talking about a young player. So you can train and evolve him from the beginning of his career to this new position.

5. Do not simulate training

Simulating practice is good just to speed up the calendar and make the day of the next match arrive faster. The scores given to players in these simulated training sessions, however, are often very low.


It's much more worthwhile to spend more time training your superstars yourself every week. Two weekly training sessions aren't even that much. They will ensure that their starters improve and face their opponents with quality.

6. Negotiate in a personalized way with each athlete

In FIFA 21, negotiations to buy or borrow an athlete are more realistic. He must take the athletes to dinner, hold meetings, present the club project. But not every player is the same, so don't offer the "standard" to everyone.

Analyze which club the athlete came from. Confirm how much he earned in salary, what was the length of his contract. Study this information to make the perfect proposal, just being careful to always offer a little more than he already had at the old club.

7. Be careful what you say

Your reactions in pre-match and post-match conferences are very important in FIFA 21 Career. One wrong word can make you lose points with the club's board or cause the press to speak badly about you. Be careful and calmly select all the answers.

Players, on the other hand, will send messages after matches. Some will ask why they stayed on the bench. Others will just want to know if they played well. Again: be careful what you say. Athletes lose morale faster than they gain, so watch out.

8. Give reservations a chance

Speaking of morale, nothing better than giving every player a chance. Mainly in big teams, that play in several competitions. If you have a full and tight schedule, allow a few starters to rest and give the reserves a chance.


Build a strategy to not lose too much quality. Make a mix with the stars and the less good players. Or, something that is done in Ultimate Team, create two starting teams, one being made up of reserves. Only use this one in "easy" matches, giving all players a chance to step on the grass a little.

9. Don't let renovations pass you by

Don't forget to renew contracts with your players. Make a list of all the athletes who are close to being out of contract and make offers to everyone. With six months to go before the terms are finalized, they can go for free to any team, so watch out!

10. Use interactive mock play to your advantage 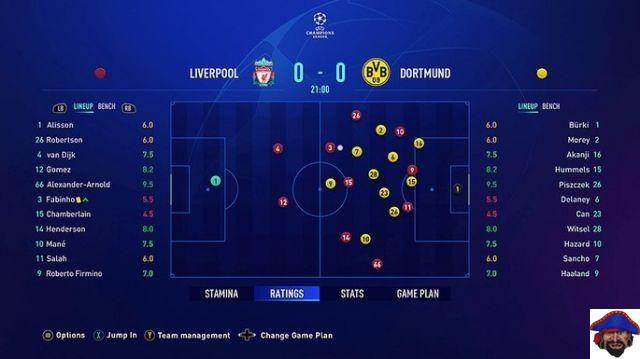 Simulated matches have always existed in Career Mode, but this time they are interactive. You can manage the backstage of the club while the game is going on, but you can take control of the pitch at any time during the 90 minutes.

Example: Is there a penalty or is there a free kick? Take command of the team and cover you. Are you in the middle of an attack that could be withering? Take control and score the goal! This is without a doubt the great addition to the mode realized in FIFA 21.

You are not in charge of your team, so look at the beginning of the season all the objectives that the board has programmed for you to fulfill.

If it's a small team, it could be finishing the year in the middle of the table. If it's Barcelona, ​​obviously it will be winning LaLiga or the Champions League. Whatever it is, fight as hard as you can to achieve all goals. This will boost morale for you as a coach and for your squad!

We have already given this tip in relation to FIFA 20, but it is useful in FIFA 21 as well. Pre-season tournaments are good for making money and testing out new signings. You have the option of opting out of them, but we recommend that you accept them all. By the way, great chance to give the reserves a chance!

Audio Video 12 tips to be the best in FIFA 21 Career Mode!
12 Weird Roblox Games For You To Play Now! ❯

FIFA 21: ranking with the best teams in the game