12 insane GTA 5 mods for you to dominate Los Santos

Grand Theft Auto V is insanely fun, but that doesn't mean it can't get even better. Welcome back to Los Santos and discover the craziest mods that will take your game to another level.

Zombies, Dragon Ball, Hulk and Dragons are some of the mods you can take to GTA V.

What you need to know about installing mods 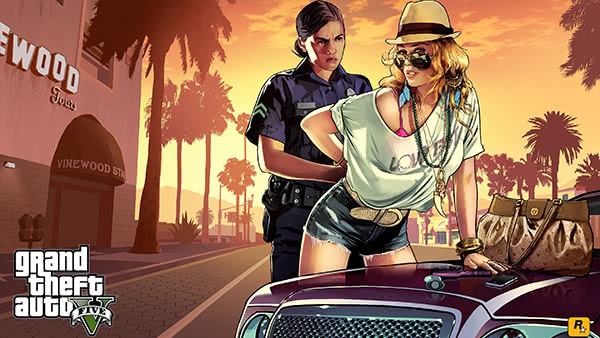 In most cases of mods, just copy your files to the main folder of GTA V. Find the folder that has the file “GTAV.exe” and place all the mod files you want there. Be careful as some mods require different programs like OpenIV or Script Hook V to work. Read the instructions for each mod to ensure a trouble-free installation.

Before installing the mods, be aware that they are not officially supported by Rockstar, the creator of the game. That doesn't mean you can't install them, but you have to be careful when playing GTA 5 with mods. We recommend that you have a folder in another location, with only the official installation files of the game. So your game will be preserved even if there are problems with the mods or you want to play online.

Rockstar stated that players would not be banned for modifying their game in single player campaign mode. If you want to play multiplayer mode (GTA online), it is recommended that you remove all files related to mods before logging in. 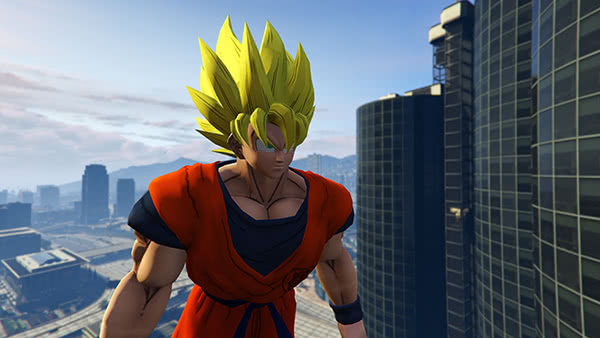 Grand Theft Auto V is the perfect game to unleash the Super Saiyan inside you. Embody Goku and experience the mystique of Dragon Ball in the city of Los Santos, attacking with the mighty Kamehameha! 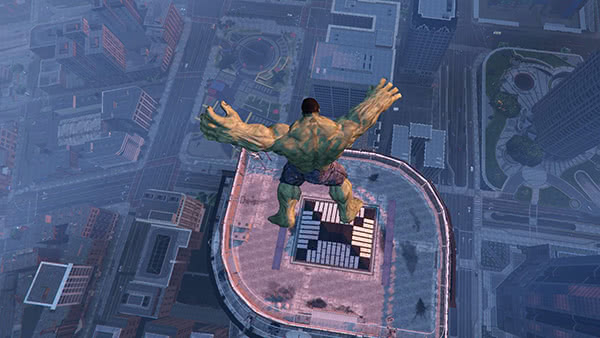 HULK SMASH! And you can do just that with this super fun mod. Embody the Emerald Giant and wreak havoc in Los Santos, destroying everything and everyone in your path. And unlike Bruce Banner, you don't have to be left feeling guilty after all this destruction. 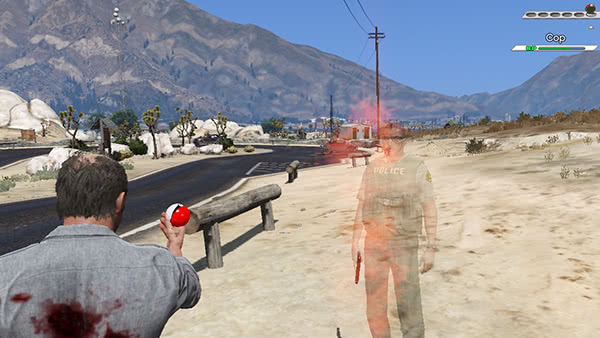 If you are one of the millions of players who have been glued to Pokémon GO, then you will love this mod. Poké Ball delivers a hilarious experience for anyone who wants to be a monster trainer even on the dangerous streets of Los Santos.

With six Poké Balls as ammo, you can capture characters and use them to fight on your side. Our advice is to weaken the NPCs you want to guard first and then throw the Poké Ball at them. When they definitely enter the sphere, will become your allies and will fight by your side whenever you want. 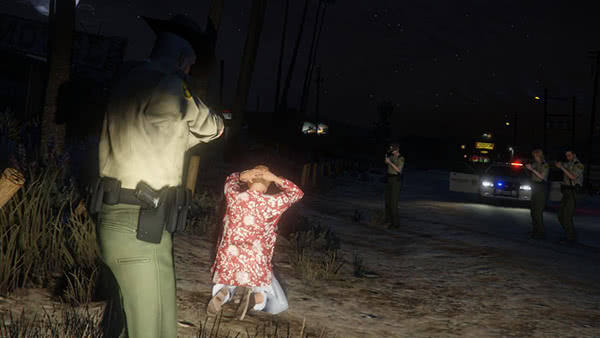 Grand Theft Auto is known for letting players do all the crimes and terrible things they want. But after all this crime, what remains to be done? How about becoming a cop? With this mod, players move to the side of law and justice.

Transform your avatar into a respected police officer, gain access to all police vehicles and respond to emergency calls to fight crime in Los Santos. In a game where all players are criminals, be different! 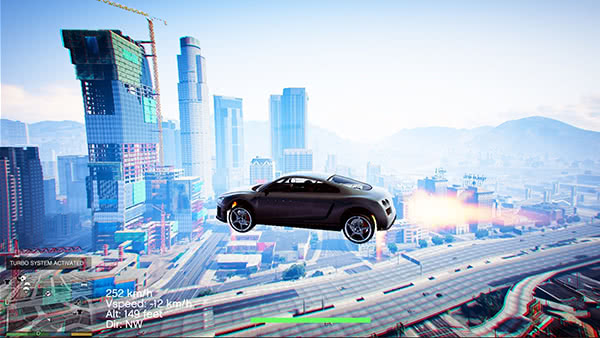 Look at the world around you and accept that we are not going to have the long-awaited flying cars that '80s movies promised us. But that doesn't have to be the case in GTA 5! With this mod, you can fly as many cars and trucks as you want and never have to worry about parking. 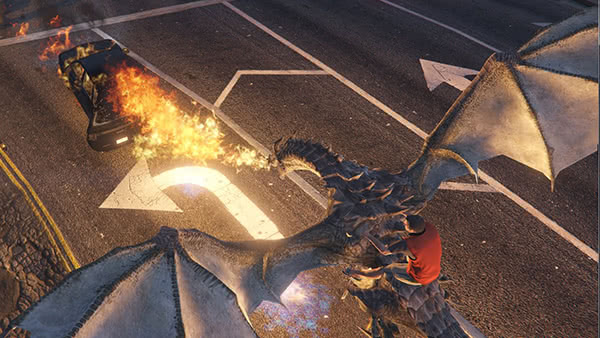 How to Train Your Dragon insane version of Grand Theft Auto 5. Yes, with this absolutely crazy mod, you will be able to ride dragons, grab the innocent and throw them in the air while you have a barbecue that would embarrass even Drogon and Daenerys.

Grab your dragon and spread fire across Los Santos in a way the city has never seen. You will need dragon models created by Quechus13, which can be found here and here. 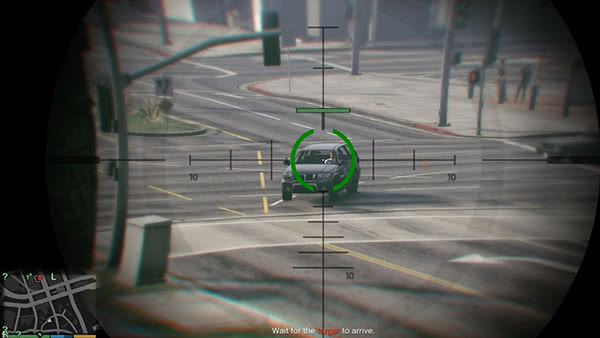 
Have you done all the missions in the game? Then this mod is for you. With The Red House, players have access to more than twenty new missions which include murders, gang fights and a robbery operation. 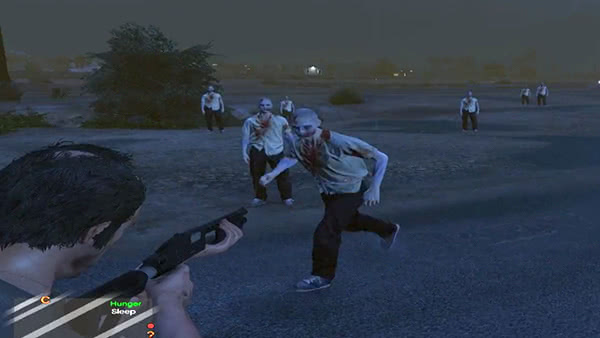 Do you love The Walking Dead or anything that has zombies? So look no further. Transform Los Santos into an apocalyptic zombie nightmare where you'll have to fight to survive with your brain intact! 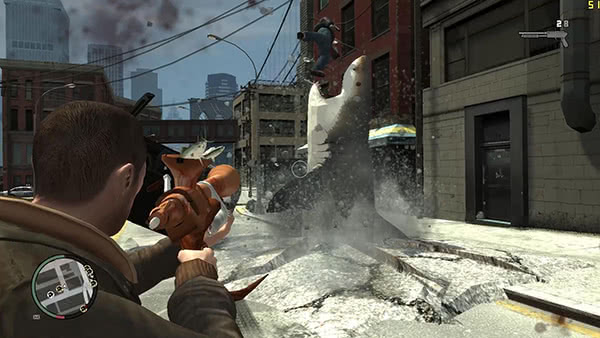 Seriously, how many different weapons have you used in Grand Theft Auto 5? It is likely that you have already experienced a true military arsenal. But nothing can prepare you for the Shark-O-Matic weapon: you shoot a shark towards the victims!

The hungry animal comes out of your weapon and devours the innocents who made the mistake of being in the same place as you. Insane and right in the spirit that these games got us used to. 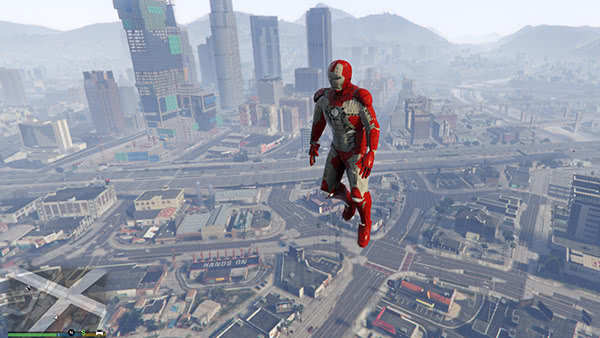 what is the fan of Iron Man who never dreamed of wearing the hero's red armor? In real life it can be a little difficult, but try this mod for GTA 5. Fly through the skies of Los Santos and command respect from rival gangs that have disrespected you. 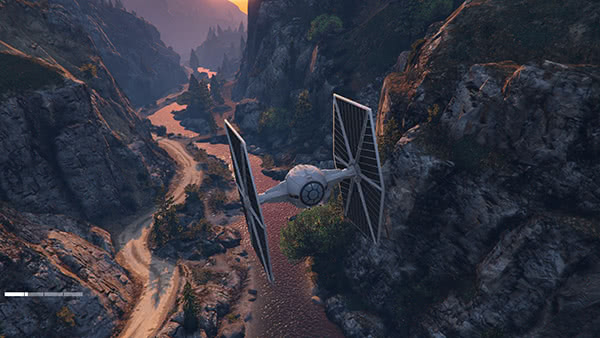 With this fun mod, you can forget about driving a normal car like everyone else. With Funny Vehicles, players can drive famous fictional vehicles like the Batmobile, the DeLorean DMC-12 from Back to the Future, an X-Wing from Star Wars, among many other sensational options.

12. The Army Spawns at Five Stars 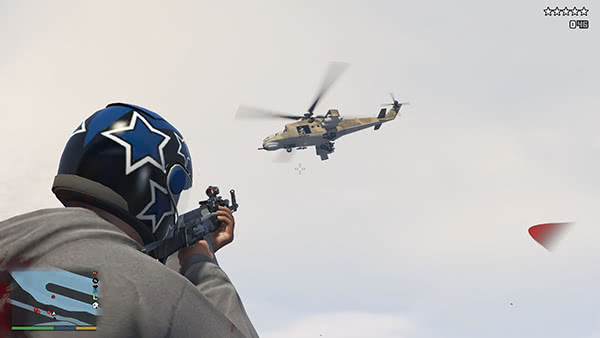 Grand Theft Auto V breaks one of the best-known traditions of the previous games in the saga: when you reached the maximum wanted level, the armed forces came to his city to capture him. Now that this is no longer officially happening, many players can breathe a sigh of relief.

But for those who want the thrill of having the army following in their footsteps, there is this mod. Reach the maximum level of infamy and escape if you can!