10 Trivia Fans Should Know About Kassandra from Assassin's Creed Odyssey

For the first time in the series, Assassin's Creed Odyssey gave players the option of which protagonist they wanted to control. they could choose Alexios or Kassandra. The player selection didn't affect the game's story much, but the two had slightly different personalities. And while none of the characters were despised, many fans preferred Kassandra. She was tough and serious, as witty as she was deadly. What's more, she was a breath of fresh air for a series that historically revolves around male heroes.

His story in Odyssey was long and often complicated, so it's not easy to remember all the details. Also, her novelization added a little more insight into the character. With that in mind, here are some key facts about the famous Eagle Bearer. 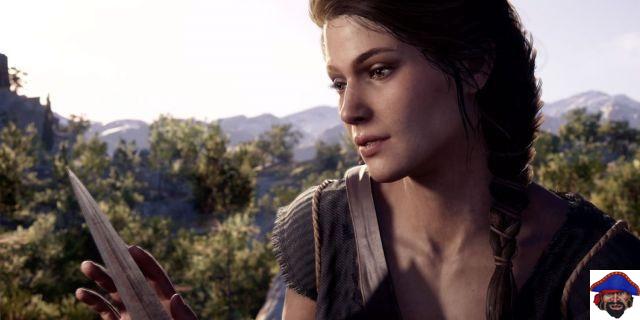 Allowing players to decide a game's central character is a cool way to give them a more personalized narrative experience. It is not possible in other media, however.

So the writers of the Assassin's Creed Odyssey novel had to choose which protagonist would be the canon, and they chose Kassandra. This meant that Alexios was the one that the Cult of the Kosmos manipulated into becoming the villainous Deimos. 'Staying with the canon' has become another reason for players to choose Kassandra as the protagonist. 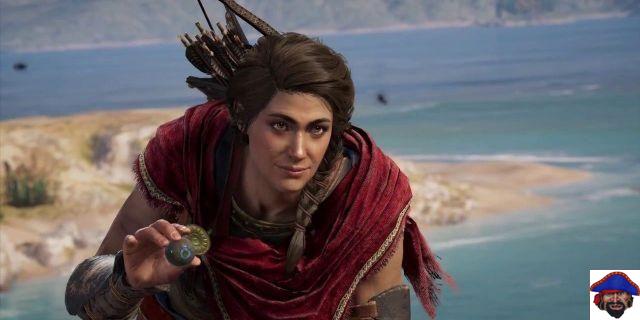 While Kassandra might have looked like a normal human being – with a little extra muscle mass – that wasn't entirely the case. She was actually a hybrid, which is someone partially descended from a powerful species known as the Isu.

Her lineage explains why the character is so much stronger than the average person. It was also the reason she had some unusual powers, like being able to see through an eagle's eyes.


8. There Are Conflicting Stories About How She Met Ikaros 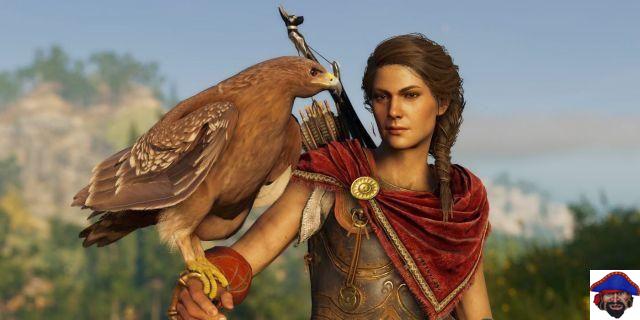 Kassandra met many people throughout her adventure, but her most loyal friend was Ikaros. The eagle helped explore, distract, and attack some of the protagonist's enemies.

How the two partners met is unclear. The game claims that Kassandra's long-lost father Pythagoras sent the bird to protect his daughter. Still, in the novelization, she found Ikaros' egg when she was just a child, and the two grew up together. Anyway, it's a good thing they found each other because the game would have been a lot more difficult without the eagle's help. 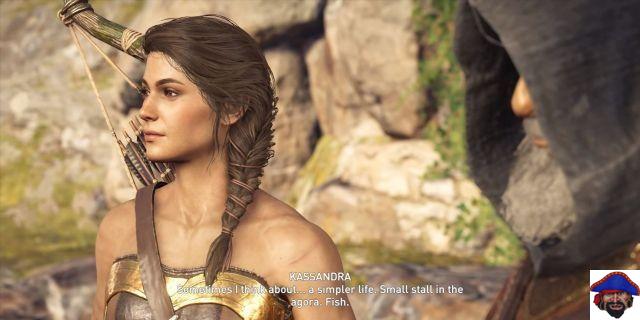 Melissanthi Mahut was the woman who lent her voice to Kassandra during Odyssey. Though it's not the first time these tones have been heard in an Assassin's Creed game.

The actress voiced several different NPCs in Origins, from random characters to quest creators. One of the most notable people for whom she provided vocals was Helen, who ran the brothel in Herakleion. Ubisoft was clearly happy with her work when they approached her to audition for Kassandra. 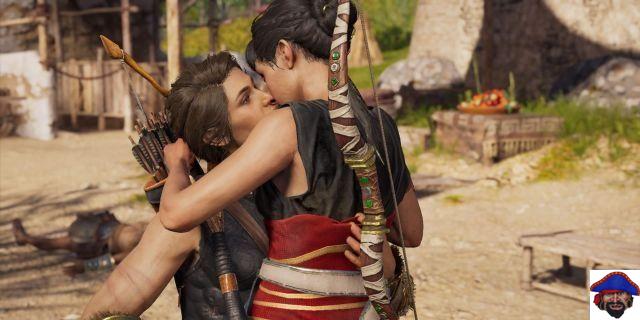 Still, Odyssey was the first game to allow same-sex relationships. Kassandra was able to sleep with a range of characters of different genders, it being up to the player which ones she would sleep with. It was cool to see a big franchise include some LGBTQA+ scenes. 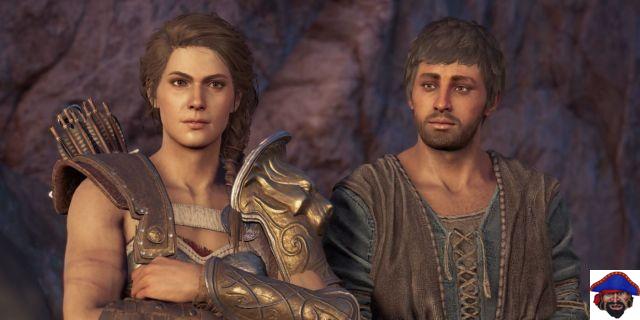 Although Kassandra had a few good novels in Odyssey, only one of them was canon. And that was her case with Natakas of the DLCs. The others were proven to be non-canon in the novelization as it did not include any romantic involvement for Kassandra - the story ended before she met Natakas. The only reason her relationship with Natakas should be considered canon is because of the baby they had together.

Your son, Elpidios, is part of the franchise's deep ancestral family tree. So your parents must have been together at least once. Though those who view Kassandra's sexuality differently have had reason to hold that belief, as the game's creative director Jonathon Dumont claimed the baby could have been made solely to continue Kassandra's lineage.

4. It would be the only protagonist of Odyssey 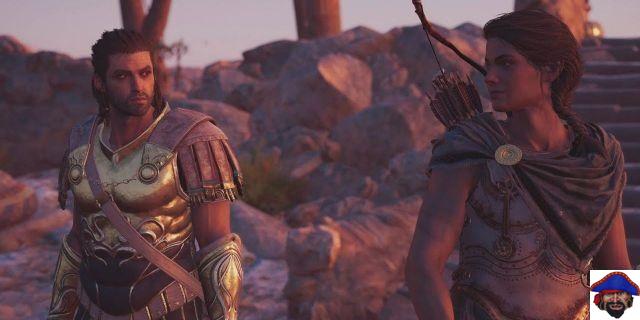 Originally, Kassandra would not simply be the canon heroine of the Odyssey, but the only one. Yes, the design team envisioned the tough warrior as being the title's sole protagonist. But the creative director then intervened and stated that gamers do not buy games with female protagonists.

As questionable as the reasoning was, it ended up giving players an additional level of customization. However, the extra time it took to implement two different protagonists could have been used to add even more features to the game.

3. Survived Most Other Characters 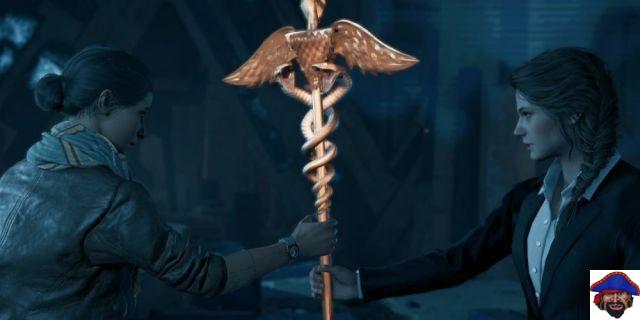 As it was set in beautiful Ancient Greece, the events of Odyssey took place many years before any of the other games in the series. That said, Kassandra still managed to outlive all the other Assassin's Creed protagonists - aside from Layla Hassan.

Her long life was due to the magic staff of Hermes Trismegistus, which kept her young for over 2.000 years. She eventually died passing the staff to Layla in 2022. It remains to be seen if the new wielder can hold the powerful item for as long as the Eagle wielder.

2. Your Connection to the Assassins 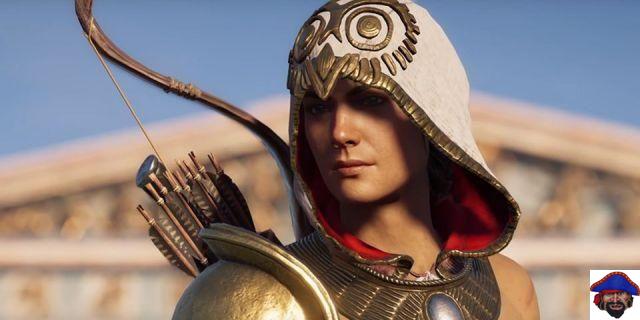 In a typical Assassin Creed game, the protagonist starts out as an assassin or becomes one during the story. Nor was Kassandra's case, as her adventure predated the Assassin Brotherhood and its precursor group, the Hidden.

However, she still has a very strong connection to the Order. As shown in the Legacy of the First Blade DLC, the co-founder of the Hidden Ones, Aya (or Amunet), was a descendant of Kassandra. So, if it weren't for the Eagle Bearer's bloodline, the Assassins might never have formed. 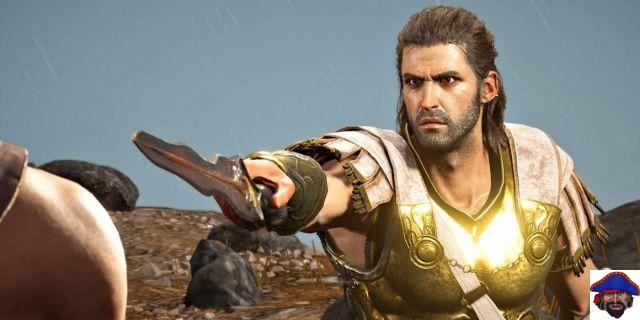 The main story of Odyssey can play out in many ways based on player choices, both good and bad. One of the best things that could happen was Kassandra reconciling with Alexios aka Deimos. However, that is not what happened in the book. Instead, Kassandra killed the still-villain Alexios on the mountain where the two stories began.

It's a much darker and heartbreaking ending to the adventure. Unfortunately, when it comes to these player-driven moments, the book is generally considered canon.