10 tips to do well in Rocket League!

The mix between football and cars makes Rocket League one of the best games today. However it can be quite complex to master if you are a beginner player! That's why we brought you 10 tips to do well in the game and accelerate towards goals and victory!

1. Don't run after the ball without thinking 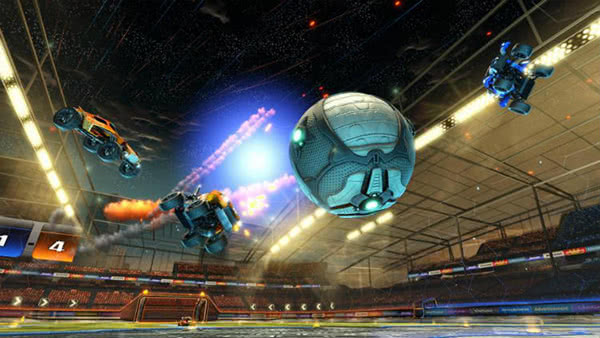 We know how much players love to run after the ball and try to quickly score a goal. But that's not the best way to win the match. Before thinking about scoring goals, just watch the game for a while, understanding how you can be more useful to your team.

Follow the movement of the ball in the game and try to get ahead of your opponents, thinking strategically before running away. This can mean several types of approaches:

2. Customize your visibility and control

In a game where not missing the mark is essential, camera and controls settings are very important. There are several settings that can help players in the game: from reducing the distance from the camera to the ball to be greater on the screen, customizing the controls to be more intuitive or using the camera that best suits your situation.

There are many examples of what you can do outside of the default configuration and we recommend that you try out various settings in Free Play mode.

One of the most popular choices among Rocket League pros is the use of a free camera, which gives a completely different view of the game. For those who want freedom of movement and study the game extensively, the free camera is essential. But that doesn't mean it's not useful to use the ball camera at certain times, like when you find the ball.

3. Know how to use nitro and when to get turbo charges

Nitro is one of the most important components in Rocket League and can separate you from winning the game. Nitrous management is something that all players need to have, and it's good to remember that it's not worth spending it without having a strategy.

Whether you want to attack quickly with the ball or save your area at the last second, it's vital that there is a reason to spend the nitro. Try to maintain a stable level throughout the game, using the turbo only when you really need it!

4. The best defense can be the offense

Rocket League is not a game that encourages players to attack each other, but that component exists and can be successfully exploited. If the opposing team is stealing the ball, why not directly attack their car? With a very precise attack, you can even blow up your opponent's car and force him to restart in his area.


But one of the best times to attack is when you know you're not going to get to the ball in time. The opponent may even arrive first, but you can throw yourself at him and steal the ball.

5. The power to skid 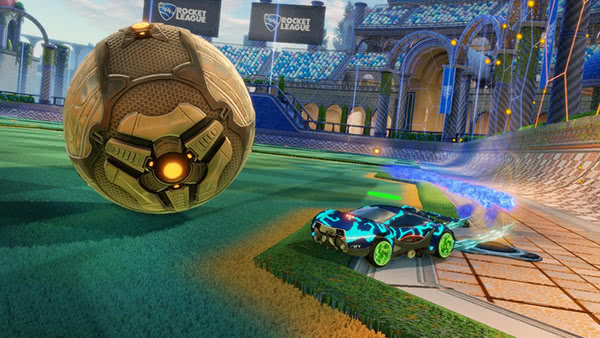 Drifting, powerslide, can be a lifesaving move when stopping an opponent's goal or kicking the ball accurately. With the skid button, you can turn much faster than you would with a normal turn, reorienting the car however you want.

Try this feature in the game and you will quickly understand why you should quickly master it. Using skidding, your car turns much faster, more accurately, and it's much easier to steer the vehicle's nose towards the ball.

6. Put the rotation strategy into practice

There is a strategy that not all teams put into practice if they don't play together often, which is called rotation. Regardless of how many players there are on the team, you must make sure that the goal is always being defended. That's where strategy comes in.

This rotation scheme ensures that all spaces in the field are filled. But more importantly, it doesn't leave the goal unprotected.


7. Possession and ball touch above all

Sometimes you have a "clear" scoring chance, but the opponent's goal is protected. Pass the ball and touch the round until you open space and have an "obvious" chance to score. In Rocket League rushing to score is a basic mistake, while patience is often rewarded.

Aggressive styles of play can work, of course, but the best thing is to ensure possession of the ball. If the opponent doesn't have the ball, he can't score, right? This is even more important if you are ahead. It causes despair and errors on the part of the opponent.

8. Simple game is still the best 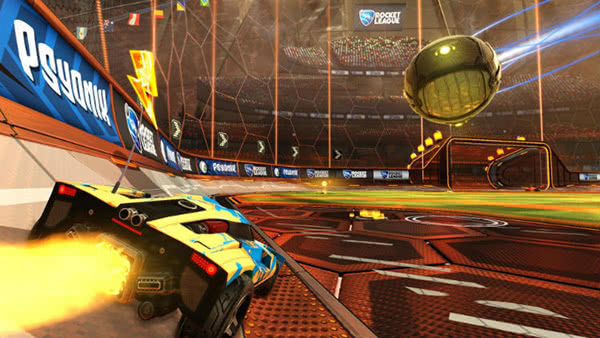 Aerial plays and dribbling are exclusive to advanced or professional players. Beginners or average players should stick with the basics, as aerials or air dribbles require many, many hours of practice. When you see those pros doing this in games, don't get carried away: playing simple is still just as effective as putting on a show.

When you want to play online, we recommend that you do so with friends. You never know who will team up with you in random quest mode. It can be someone frustrated because they only lose, which increases the chances of rage, which leads the player to quit the game.

Playing with friends, especially friends who have been playing together for a long time, this rarely happens. One supports the other, and they already know each other's playstyle.

10. Turn off chat if necessary

Chat can be used for good communication, but it can also bring some toxicity to the game. Unfortunately some online players get very arrogant and send provocative or even mean messages via inbox. When that's the case, turn off the char, report the player and go on with your life. It's not worth getting upset and letting the fun get lost.

add a comment of 10 tips to do well in Rocket League!