Find out how to get off to a good start in this famous Battle Royale by following our tips. These tips can be used by both those who play PUBG Mobile on a mobile phone and those who play on an emulator. Remember that playing with emulator you will only be matched with other emulator players.

PUBG Mobile has a huge community of players, an efficient ranking system, an arcade mode and many other surprises that even surpass the PC version.

1. Know and customize the controls 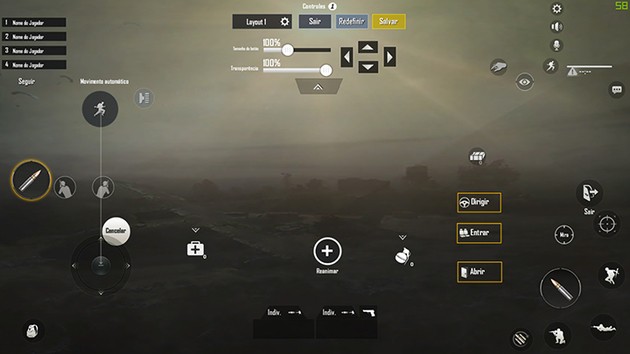 Generally, the first piece of advice in Battle Royale games is knowing where to land. But since this is a game to play on mobile, you first need to know where the controls are. Look for "Settings" and then "Controls". You can customize your controls by dragging the different buttons to different areas of the screen. Choose a Layout that is comfortable and intuitive. If you play on the emulator, do the same thing, mapping the keys you prefer to play with.

Can you skip these steps? He can. But if you get knocked down by not knowing the right key to crouch or any other action, don't cry. Remember the law of the four P's: Perfect Planning Prevents Crap.

Learn how to become a Weapon Master in PUBG Mobile! 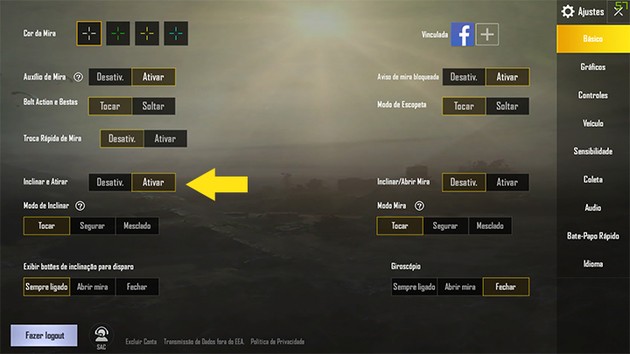 Possibly, for performance reasons, the game does not enable "Tilt" automatically. Solving this is simple, just go to the menu and enable. Leaning is useful because it exposes as little of your body as possible while shooting or watching. 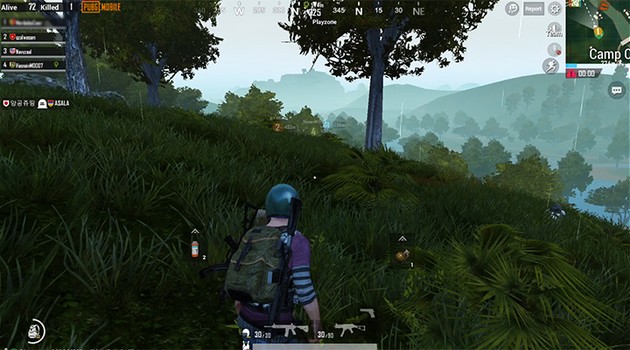 There are four different maps in PUBG Mobile: Erangel, Miramar, Sanhok and Vikendi. Each map has a different type of biome, from the Miramar desert to the icy tundra of Vikendi and different sizes. Knowing the maps is advantageous, as it allows you to decide where to parachute, where there is better loot, more danger, etc.

Obviously, cities or complexes with more buildings located in the central zones pull more players for loot than other more desolate places at the edges of the map. Depending on your playstyle, learn the best places to jump, knowing that there are no perfect places. More aggressive players prefer zones with a lot of action. Players who prefer tactics opt for areas further away from the plane's route, to loot more calmly.

4. Watch out for loot 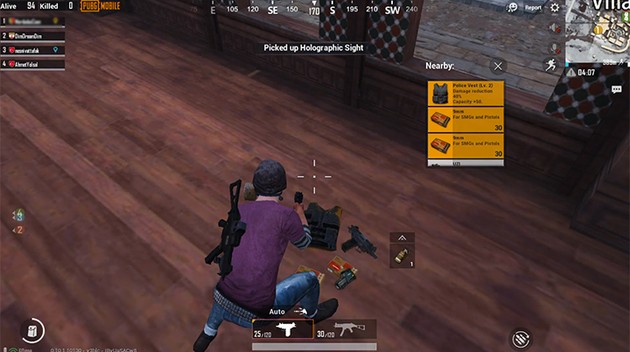 PUBG Mobile automatically picks up loot by default. It is possible to disable this option, but it takes more concentration from the player and the screen can be small to see the details clearly, which can cause you to lose valuable seconds. The advantage of automatic collection is that the loot, in addition to being picked up automatically, is immediately placed on weapons without having to equip it.

The downside is that the automatic collection, in the first moments of the game, can sometimes pick up items you don't want. Also, it is impossible to collect grenades and molotovs automatically. Organize your inventory frequently, throwing away what you won't use. There's no point carrying 200 shotgun shells the entire match if you don't have one in your inventory. 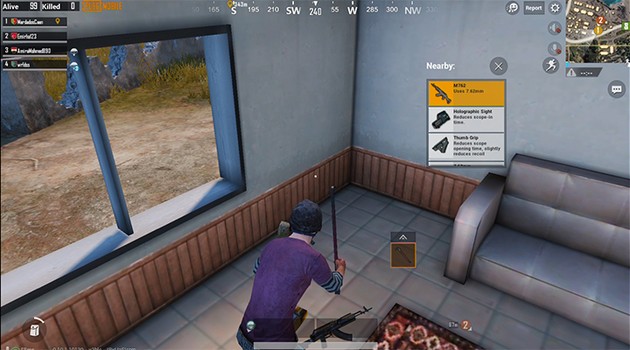 Choose where to jump. jump. As soon as your feet touch the ground, top priority is picking up a weapon. If you manage to pick up one or several different weapons with ammo, your next priority is a bulletproof vest, a helmet and a backpack. Of course, you can get all of these before you get a weapon, but if you pass an armed enemy, you'll lose everything. Remember this is a survival game, not a Super Mario level.

6. Know the weapons and master the recoil 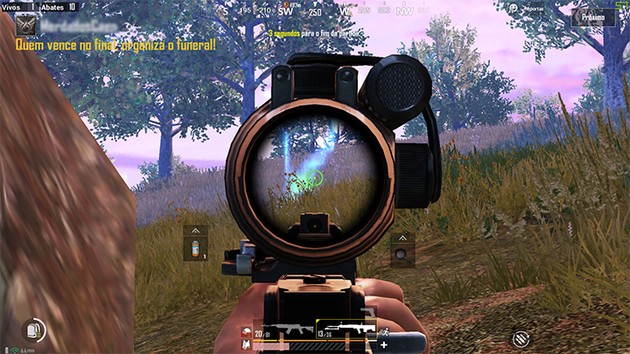 If playing on mobile, using ARs or SMGs it is possible to control the recoil by sliding your finger down slightly while shooting. The recoil feels less in the mobile version, but it exists and can make you miss shots. Try to master every weapon in the game, you never know what you're going to find. A good method to do this is to go into training mode and try out all the weapons with different attachments and scopes.

7. Close the doors and jump the windows 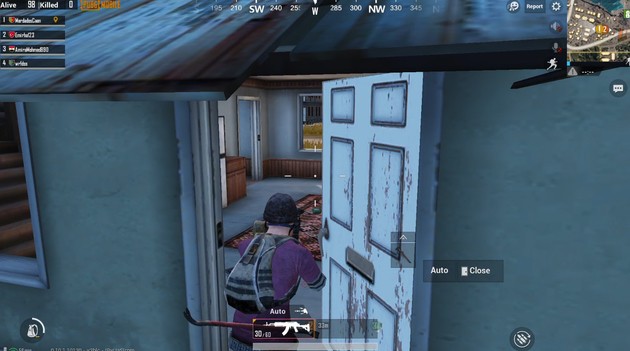 This is a detail often overlooked and undervalued by many players. At the beginning of the game, if you jump into a place full of enemies, the important thing is speed. But after the second or third circle, the tactical importance of doors is different. A closed door gives the impression that the location has not been explored or, at best, shields it slightly from view and is more of a barrier between you and the enemy.

Unlike the PC version, in PUBG Mobile there is no glass on the windows of houses, so jumping out of the window is the ideal method to enter silently. Also, you can always catch an enemy by surprise using a more unusual angle.


8. The minimap is valuable 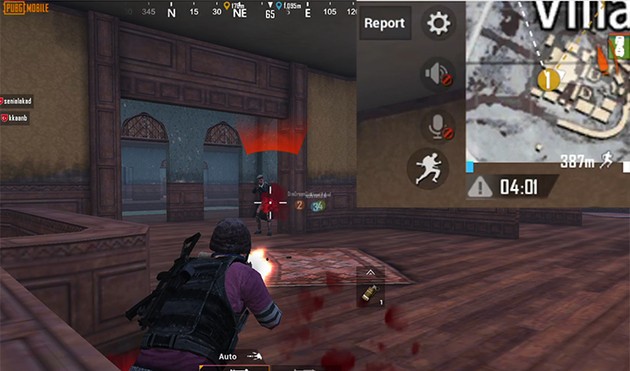 In addition to guiding you, the minimap gives you valuable information on enemy sounds and actions. As PUBG Mobile's sound is spatially limited, the minimap will help you locate shots (even with a silencer) or enemy movements with vehicles and even on foot. Always keep an eye on the minimap and you won't regret it.

9. Grenades are your friends 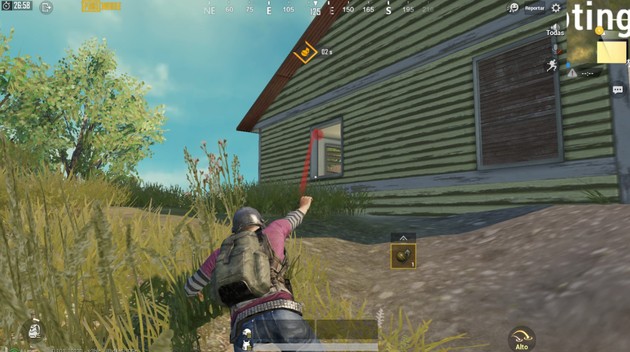 It is common for players to save their frag grenades and molotovs for later in matches, but they are more valuable for clearing divisions or hidden enemies. Always take as much as you can and use it without fear. You don't pay more for it. The molotov is great for denying movement to an enemy by setting fire to an area.

The stun grenade is perfect for blinding your enemies and breaking into divisions, especially when playing in a squad. So there is no risk of hurting your teammates. The smoke grenade is used to camouflage your movement while moving, healing or under fire. Detonate it and wait a few seconds for the smoke to gain strength. 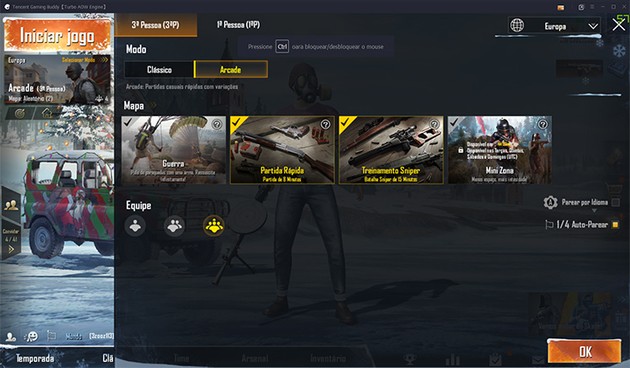 Practice makes perfect in any activity and Battle Royale games are no exception. PUBG Mobile has Solo, Duo and Squad modes in both Classic and Arcade modes. Duo and Squad modes are good for team play with the advantage of being knocked out before being eliminated, and can even be healed by a teammate. This is good for learning game mechanics without spending your life in the lobby, in theory.

Arcade Mode has Mini Zone Mode, 8 Minute Quick Match, 15 Minute Sniper Training and War Mode. All of these modes can be played in Solo, Duo or Squad and increase your Battle Points, as well as giving you the opportunity to try out rarer weapons. You can still play in only pistol matches, sniper rifles, SMGs or even melee. In addition, they are modes that spend less time, which is very advantageous.