The graphics alone aren't a great game, but they go a long way, and 2020 had a lot of great video games. The graphics and art direction are a big factor in the hearts of many gamers looking to enjoy a title for the first time. The way a game approaches its visuals can leave a lasting impact on how players not only appreciate the title, but how they remember it after finishing it a long time ago.

With the release of the next generation of consoles in the form of the PlayStation 5 and Xbox Series X, some games have pushed consoles and PCs to their limits to create breathtaking environments and stunning scenes. Other developers have used unique art styles to capture fans' hearts and engage them in their game. Whether it's the stunning graphics or the beautiful art style, here are the best looking games of 2020 (and instead of trying to rank them in some order, they're simply listed here in no particular order). You can also check out our list of the most played games in the world. 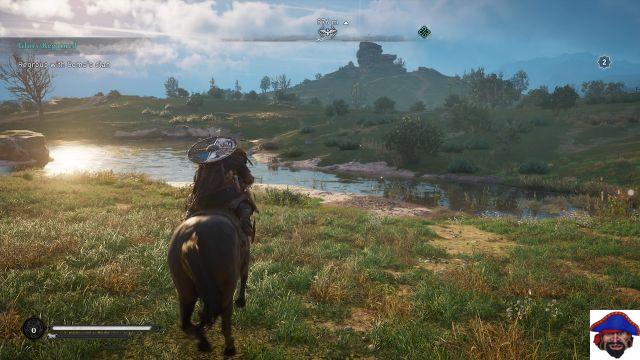 Assassin's Creed Valhalla not only featured some of the best characters of 2020, but it also featured some of the best settings and graphics of the year. Valhalla has three distinct map areas to explore, although the main one is England. Players start the game in the breathtaking mountains of Norway which inculcate heavy Breath of the Wild vibes when climbing the mountains. The northern lights cascading down as the player marches through the snow is truly a sight to behold. However, the players spend most of the game in England, and that's not lacking in the visual department either. England has a surprising variety of landscapes to see, ranging from misty and mysterious swamps to beautiful green hills.

The other domain players you can visit in Valhalla are accessed through vision quests, and these are the beautiful, mythical lands of Asgard and Jotunheim. Each of the three main areas has a unique visual style that really helps them stand out from each other. Assassin's Creed Valhalla also does a great job of utilizing next-gen consoles to their fullest potential. Thanks to a recent update, players can now choose to run in either frame rate or resolution mode, so if gamers really want to experience the beauty of these landscapes, it's available to them. 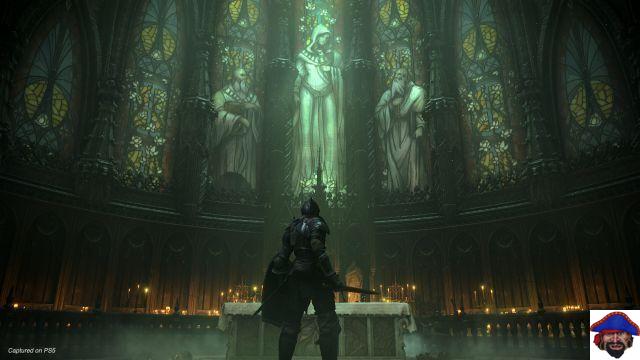 Bluepoint's Demon's Souls Remake is one of those rare instances where a remake is built from scratch, receiving a major graphical overhaul in the process. Demon's Souls features some fantastic levels that are incredibly frustrating and beautiful all at the same time. As one of the first PlayStation 5 console exclusives, Demon's Souls truly utilizes everything the PlayStation 5 has to offer, and truly leaves a lasting impression for new PS5 owners, with each world presenting new horrors and beautiful landscapes to experience. Demon's Souls is the perfect balance between stunning scenery and hair-pulling difficulty. 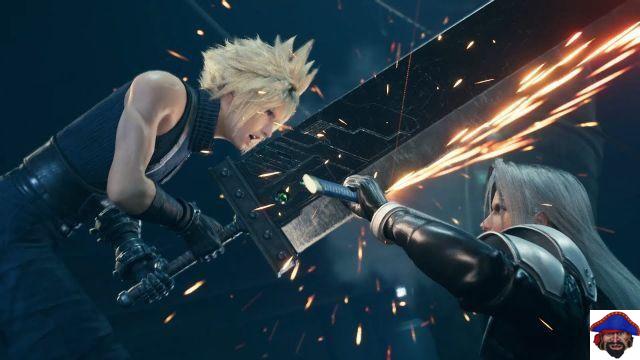 Much in the same vein as Demon's Souls, Final Fantasy 7 Remake is a master class in rebuilding a game from the ground up. Remaking a game as beloved and iconic as 7's classic Final Fantasy 1997 is a tall order, but Square Enix delivered something that took everyone by surprise. Although rumors of the remake had been circulating for years, the remake was officially confirmed in 2022. Five years later, Final Fantasy 7 Remake showed that Square Enix was not only revamping the classic game's iconic story, but also giving it a glorious makeover - creating one of the best RPGs of 2020 in the process.

While Final Fantasy 7 Remake doesn't feature every area from the original game, the locations that are on display are absolutely gorgeous. Even exploring the dirty subway tunnels and dusty Mako Reactors can be overwhelming, especially for those players who have a vivid memory of what these areas were like in 1997. However, everything down to the character models is an absolute delight to behold, even for those who have no previous experience with the classic game. 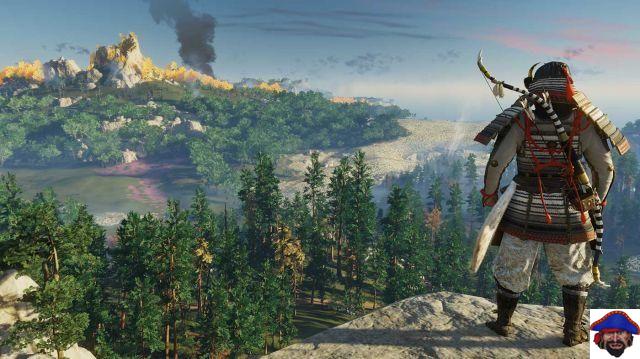 Sucker Punch's new IP, Ghost of Tsushima, was a big difference from anything the studio had done before, and it was a huge success. Not only did it win the Player's Voice award at the 2020 Game Awards, it was also nominated for several other Game of the Year awards. Tsushima Island was beautifully crafted by the team at Sucker Punch and is easily one of the most visually stunning areas ever created in a video game. From the rolling fields of white flowers to the high snowy peaks in the northern sections of the map, Tsushima has plenty of breathtaking scenery for players to enjoy as they explore the island.

Not only that, but Ghost of Tsushima has a stunning photo mode that allows players to capture really beautiful moments in the game or orchestrate their own amazing effects. It's a really phenomenal system. If players really want to feel like a samurai straight out of an old samurai movie, Kurosawa mode is also available, as this mode increases the film's grain tremendously and makes the game monochrome. It retains the beauty of the game, but in a completely different way. No matter which mode players choose to adopt (and they can be switched instantly), Ghost of Tsushima is sure to take players' breath away.

Check out our Ghost of Tsushima review. 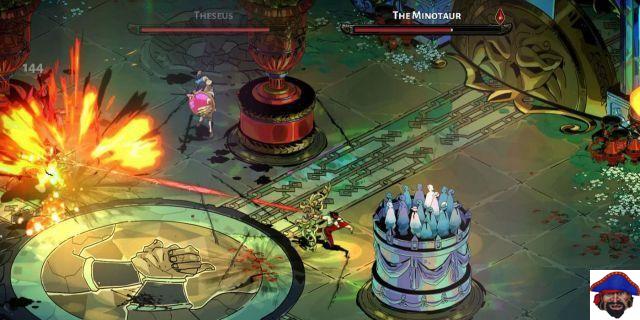 Supergiant Games always goes out of their way to create games with iconic and visually stunning artwork. Hades is certainly no exception to this practice. Hades not only revolutionizes the rogue genre, but also moves the needle on what fans have come to expect in regards to art direction. There is no doubt that the characters of Hades are beautiful. Everyone is drawn to such a remarkable and iconic style that fans can't help but fall in love with all of these characters, and that passion is only helped by the strong character and story writing that Supergiant brought to the game. Every aspect of the game exudes style and beauty, so it's hard not to lose track of time when planning your grand escape from the underworld of Zagreus. 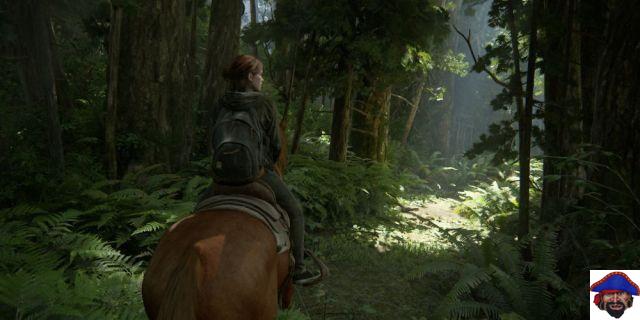 The Last of Us Part 2 is one of the most popular and successful games of 2020, bringing home multiple Game of the Year awards, including the coveted Game Awards for Game of the Year. Not only was The Last of Us Part 2 a fascinating and well-executed narrative, it also managed to be a visually stunning game to experience. Naughty Dog really nailed the wrecked, overflowing look that Seattle has in the game, with the beautiful nature surpassing all man-made structures, leaving players in awe, especially those familiar with the areas firsthand.

Of course, the game isn't entirely set in Seattle, but as Ellie and Abby's journey takes them elsewhere, the environments still retain their beautiful haunted atmosphere. Of course, The Last of Us Part 2 tends to keep players on their toes as they explore, so sometimes it's hard to stop and smell the flowers, but players should definitely stop and enjoy the beautiful scenery Naughty Dog has created for the next leg of the game. Ellie's Journey.

Check out our review of The Last of Us Part 2. 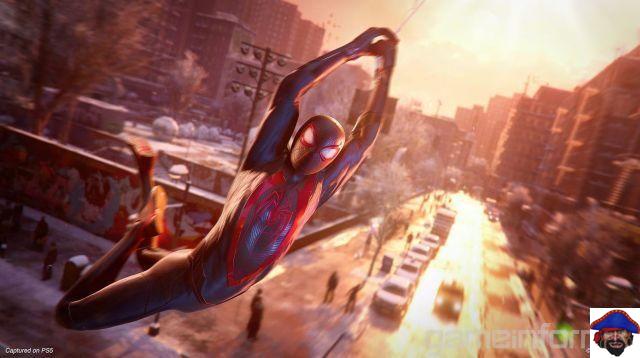 2022's Spider-Man was already a visually stunning game, but thanks to PS5 hardware and a change of seasons, New York comes to life in a whole new way in Marvel's Spider-Man: Miles Morales. Players can explore New York City around Christmas time, and Insomniac truly captures the beauty of the city in Miles Morales. The game features three game modes to choose from: Loyalty and Performance.

Fidelity allows players to experience the game in stunning 4K with ray tracing, which makes the city really pop in winter. The performance trades some of the glitz and glamor for a steady 60 FPS. However, thanks to a recent update, the Performance RT mode allows gamers to maximize framerate while experiencing the beauty of raytracing. Regardless of the mode, nothing compares to exploring New York City as the snow gently falls, especially when swinging from tall buildings.

3. Ori And The Will Of The Wisps 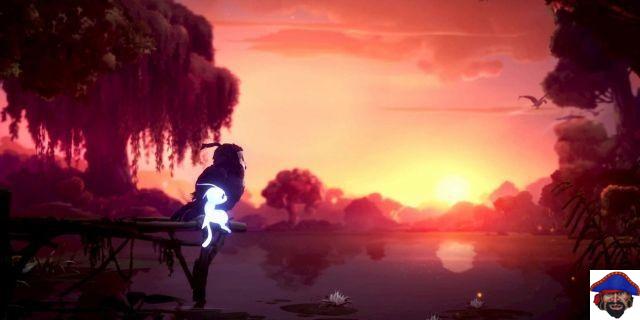 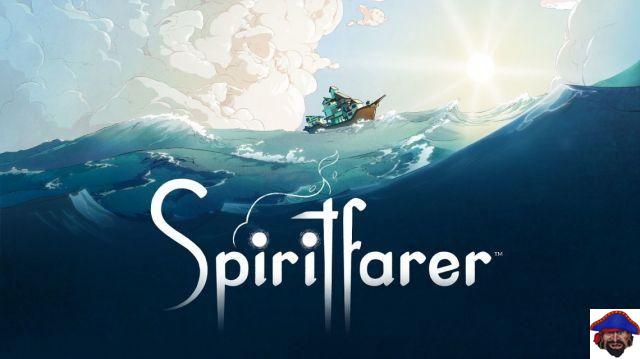 Spiritfarer is one of the most underground hits of the year that may have gone unnoticed by many players, but those who have played the game know full well that Spiritfarer has one of the most gorgeous art styles of any game released this year. The game appears to be playing out in an illustrated book or animated film. Spiritfarer is the story of Stella, who takes on Charon's role as a guide for spirits on their path to the afterlife. Spiritfarer is the perfect game for anyone looking for a slower, more narrative experience that is not only beautiful to look at, but also to experience in terms of storytelling and character writing. 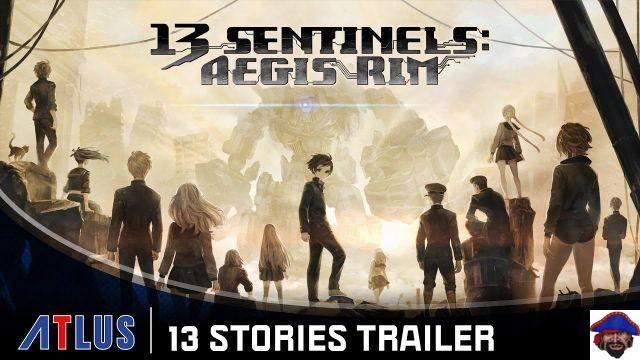 13 Sentinels: Aegis Rim is one of the most unique games released in 2020. This game jumps between several different stories while switching between what is essentially a visual novel and an RTS game. This odd pairing of game genres works surprisingly well overall, and while the RTS sections of the game lack any spectacular visuals, the side-scrolling narrative-driven sections of the game are really something to behold. This beautiful mash-up by Atlus and Vanillaware has such a distinctive art style that it looks very anime but with a very unique style. Once players get past the jumps between the different styles of play, it's easy to see why this is one of the best games of this year that many players may have missed.