In the Capcom title, Chris Redfield and counterterrorism expert Jill Valentine investigate the Spencer estate in the Arklay Mountains alongside the STARS special forces team. However, Chris and Jill end up uncovering the Umbrella Corporation's darkest secrets and its research into bioterror. Unfortunately for Chris, his experience here will plunge him into the deep world of bioterrorism and bioweapons. However, what else is Chris Redfield hiding behind his serious demeanor? 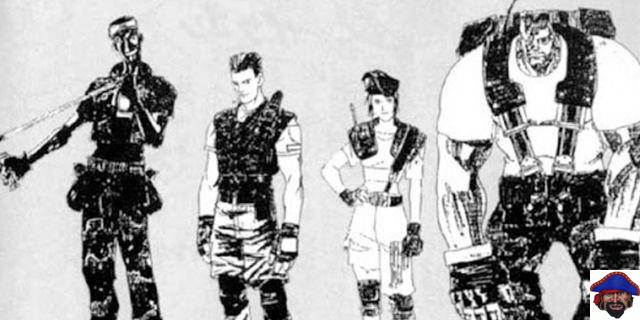 Fans will remember that the first Resident Evil game served as Capcom's first foray into survival horror. As such, the “fighting zombies” ideas still felt new to them – and the original draft demonstrates this. In the original draft of the game, Chris and three other protagonists (including Jill Morrison) would fight zombies with high-tech weaponry and cybernetics. However, Chris' final draft would have him (and now-Valentine Jill) a more realistic military theme.

Also, Chris' final draft would make him more muscular and arm him with a combat knife. This design choice was intended to make him look more like a "tough guy", as opposed to Jill's more feminine frame. 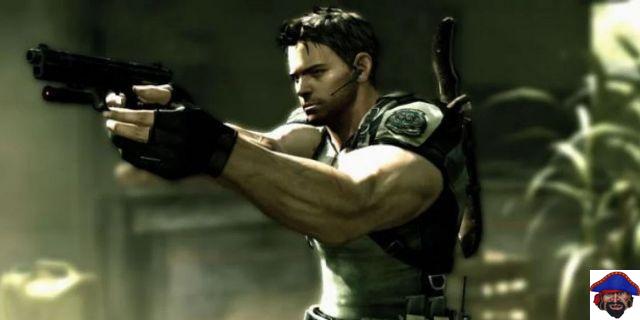 Unlike other leads, Chris has received major redesign efforts throughout his other appearances. After his first appearance in Resident Evil, Capcom made him considerably more muscular with Resident Evil 5. This design choice seemed to coincide with the game's more action-horror approach, albeit with a bit of weirdness on the part of the gameplay (cue punch boulders).


However, the team decided to take a more realistic approach the moment they tackled Resident Evil 7. At this point, Capcom would use more realistic photo scanning technology to create characters instead of creating them manually. On the other hand, Chris had a slimmer frame and chose to make his features more “real”. Interestingly, in Resident Evil Village, Chris would receive features that would make him similar to his appearance in Resident Evil 6. 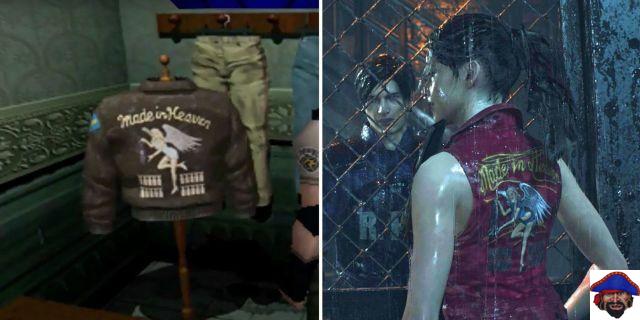 Eagle-eyed fans might notice some minor references in early Resident Evil games. In particular, the Redfield brothers seem to have an uncanny connection to music, as demonstrated by their outfits. Claire Redfield, for example, has the text “Made in Heaven” placed as a detail behind her vest in Resident Evil 2. Fans will remember that “Made in Heaven” is one of Queen's most popular songs.

7. Green Is For Chris 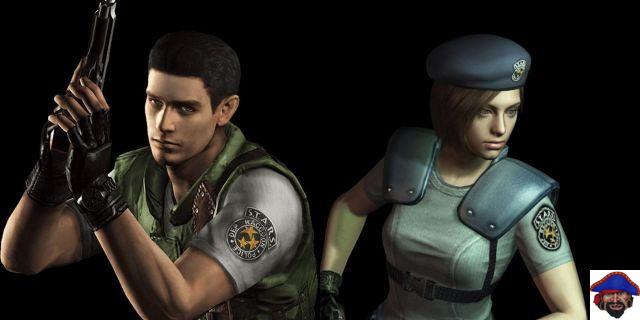 Regardless of his appearance and redesign, Chris has always had a knack for green clothes. This design choice seemed to contrast with Jill's penchant for blue. Unlike Claire and Leon's red-blue pair that alternated between civilian and more tactical attire, Chris and Jill had predominantly military attire. In turn, the teal contrast of the two characters was reflected both in the clothes they wore and the military uniform they wore.


For example, Chris' green hues came in the form of his camouflage-inspired combat vests, khaki pants, or even green combat pants. Also, in civilian clothes, Chris would often wear a green or olive shirt to match his other outfits.

6. At some point, he got out of the army 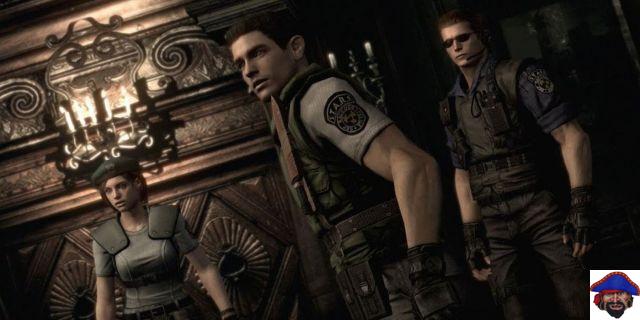 As with the other characters, Chris' past remains shrouded in mystery. However, it is known that Chris and Claire lost their parents at a very young age and only had each other. It is thanks to Chris' training that Claire has a rudimentary knowledge of firearms and hand-to-hand combat. In turn, Chris received his own training as part of the United States Air Force, where he obtained his combat training and formed a bond with Barry Burton.

Unfortunately, Chris had strong convictions that always put him in conflict with his superiors. It is unknown whether he resigned or was even discharged. However, Chris received enough training to win shooting competitions and even excel in hand-to-hand combat. Also, it was his training that caused the STARS to recruit him, which led to Chris taking part in the Spencer Estate investigation in the first place. 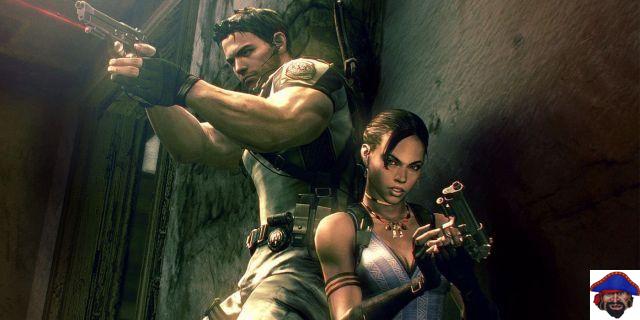 After Chris and Jill survived the Mansion Incident and their respective struggles before Umbrella's fall, the duo ended up creating the Bioterrorism Security Assessment Alliance. Thanks to the BSAA, Chris and Jill took the battle against bioterror to other corporations and groups interested in black market bioweapons development.

It is also thanks to the BSAA that the world has had a more direct ally against bioweapons. Despite its limited funding and resources at the time, the BSAA had a notable number of victories in bioterrorism outbreaks in various regions of the world. 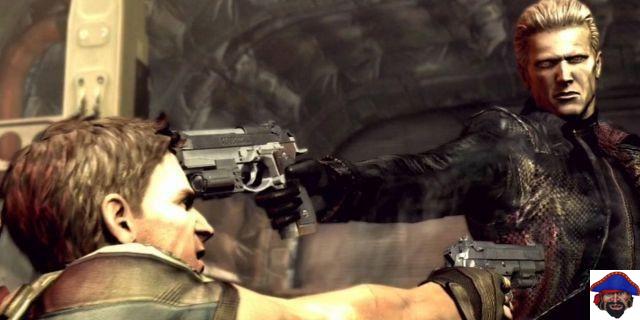 Interestingly, fans can argue over Chris' muscular development from his appearances in Resident Evil 5 and 6, to the point where they can't believe his physical abilities. However, it appears that Chris had greater muscle mass to show his preparation for the more superhuman Albert Wesker, who has remarkable physiology due to various experiments.

Fans may remember that Chris and Jill's last mission at Spencer Manor resulted in a deadly encounter with Wesker. Additionally, Jill's sacrifice to "end" Wesker may have motivated Chris to train harder to combat the bioterror threats. Fortunately, her training paid off, as her enhanced battle skills proved useful in saving Jill from Wesker's control, which involved Chris having to fight her in a more superhuman state. 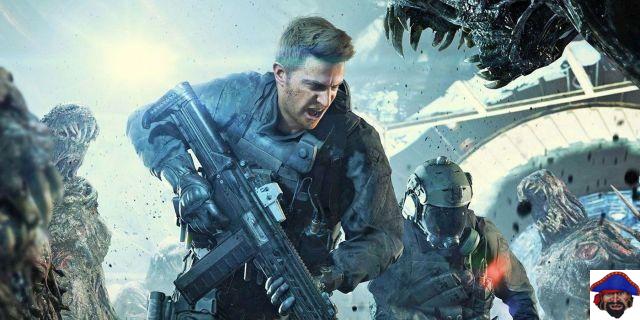 In all of his appearances in the games, Capcom has always made Chris tougher and more combat-ready. In the original Resident Evil, Chris can hold fewer items but has better health than Jill. Also, in Resident Evil 5, his melee attacks do more damage and he has a big machete as a melee weapon. In The Mercenaries 3D, Chris has standard movement speed, but can tank and recover more damage. Also, Chris' setting in Resident Evil 6 had a more action-horror setting compared to the others.

In his other appearances, Chris has functioned as a rare or unlockable character or with more intricate melee movements compared to the other characters. Interestingly, Chris' expanded arsenal helps him become a more effective combatant against both normal zombies and scarier bioweapons.

2. A Character With Names 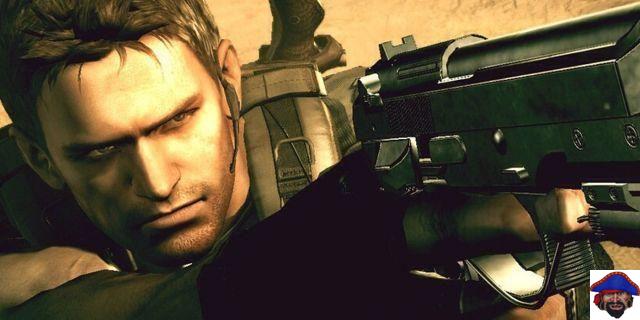 Fans who play as Chris among his many entries might wonder if “Chris” is his full name. After all, most people named “Chris” probably use him as a nickname for a more complete “Christopher”. Interestingly, Chris Redfield faced a very similar dilemma. For example, Resident Evil 5's "Viral Campaign", produced in the United States, claims that Chris is actually a "Christopher". Additionally, Lucas Baker also referred to Chris as "Christopher" in Resident Evil 7's "Not A Hero DLC", where Chris had to deal with a new bioweapon.

However, in the original Japanese script for the same DLC, Lucas just calls Chris "Chris". In fact, except for the circumstances mentioned above, all identifying materials refer to Chris as “Chris” during games. 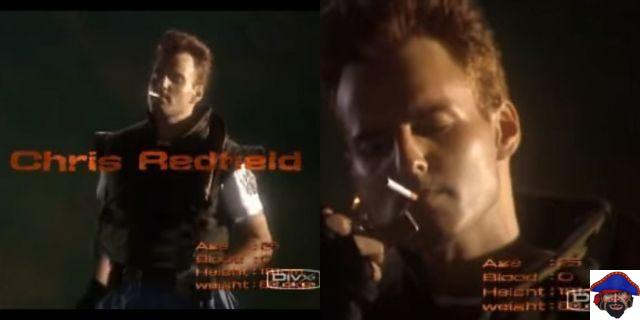 Little habits and mannerisms that protagonists often do help to characterize their characters. Much remains the same in Resident Evil – especially for protagonists who appear in various games like Chris. Fans who watched the first Resident Evil movie will remember that their version of Chris is actually a smoker. This is evidenced by him smoking in the intro and ending sequences of the film.

However, fans can't see any signs of Chris smoking anywhere during the games. As a result, fans may conclude that the fact that Chris is a smoker is simply the film's way of characterizing its version of the protagonist. However, Chris' first appearance in Resident Evil 6 comes with cigarette butts near his seat at a bar.