The history of games is rich and diverse in many ways, and it goes without saying that some events have become a mainstay of this culture due to the great impact they have had on players as a whole. One particular scene in a legendary game that has easily become perhaps the most well-known spoiler in gaming history has to be the death of aerith – an event so groundbreaking and cataclysmic that everything from urban legends to full-blown mods were invented to prevent this event from happening.

It's a testament to Final Fantasy VII's brilliance and Aerith's strong character writing that this scene ended up shocking players for its boldness, not even allowing players to say goodbye to one of the cutest characters in JRPG history ended up leaving the party. forever.

Such is the fascination and detail surrounding Aerith's characters that even the most devout fans would have no idea about the following ten things pertaining to her character.

You can check out our Final Fantasy VII Remake review.

10. She Was The Second Character To Be Designed After Cloud Himself 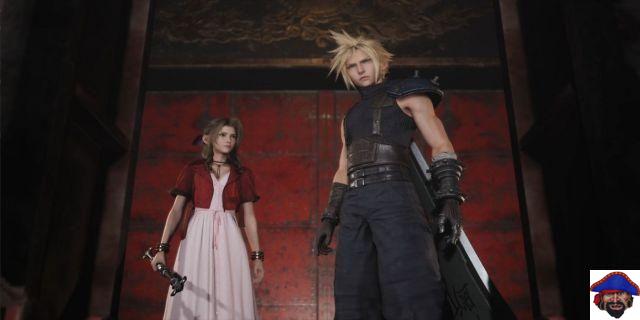 There's no denying the fact that Aerith was meant to be one of the most important characters in the game - just look at the fact that she was the second main character to be designed for the game, right after the protagonist himself.

Fun fact – the third person to be projected after her and Cloud… was Barret.

9. Her long dress was considered a contrast to Tifa's outfit 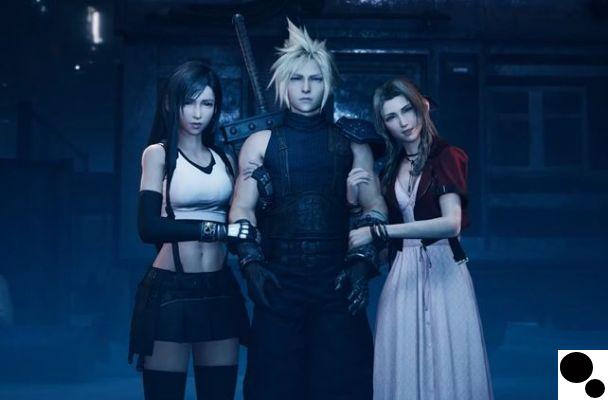 With the romantic triangle that Squaresoft was trying to create in Final Fantasy VII, it was a given that Tifa and Aerith would be designed completely differently in order to be as different as possible.

8. Nomura Was Very Particular About Aerith's Jacket Being Designed As A Biker In The Remake 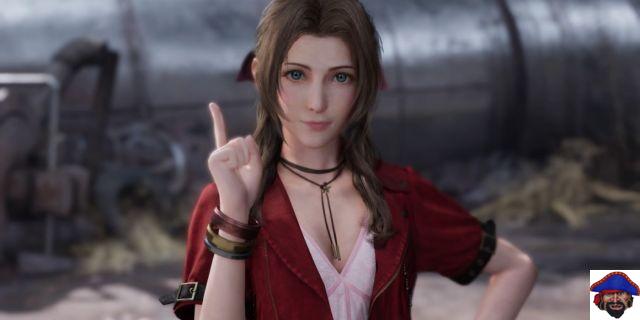 Aerith's jacket is an iconic part of her character, and Nomura decided to westernize her look in some way, making her jacket even more chunky in the Remake.

He managed to do this by telling modelers to make Aerith's suit more like a biker jacket – something he was so particular that designers came to him repeatedly to make sure they were heading in the right direction.

7. Sephiroth Could Have Been Your Brother... Or Your Lover Too 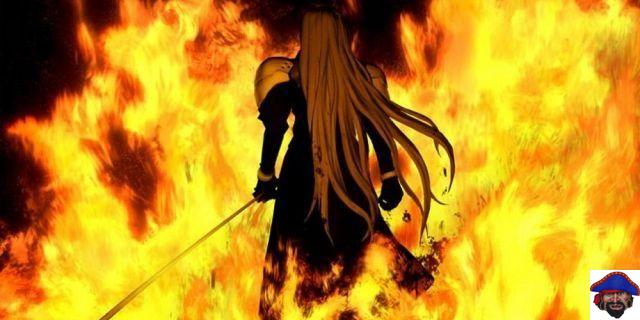 While Sephiroth and Aerith aren't really that connected in the final game, there were ideas that were thrown around that would definitely have made this dynamic form more personal.

Early drafts saw Sephiroth as Aerith's brother... before this was discarded in favor of the antagonist being Aerith's lover! However, with the inclusion of the character of Zack, that angle was also dropped.

6. Barret Could Have Taken Aerith's Place As The Character Who Permanently Died 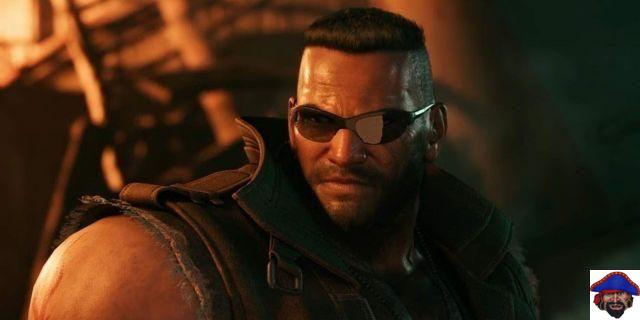 One funny fact that most people might not know about Final Fantasy VII is that Aerith wasn't the only member of the group who was considered to have died prematurely midway through the title.

Barret was another character that was proposed as the person who would die at Sephiroth's hands... but that was changed as the developers believe Aerith's death would have had a much bigger impact.


5. Her Name Was Purposely Designed To Sound Similar To “Earth” 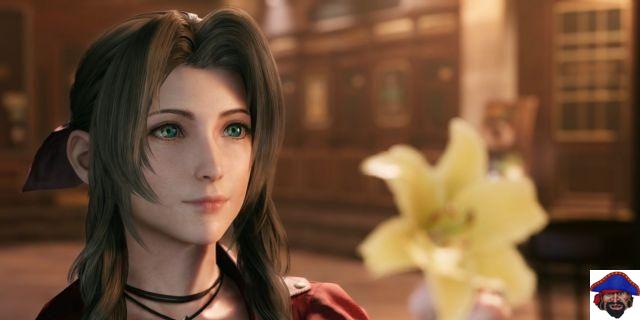 Given the fact that Aerith shares a deep connection to the planet itself, it only makes sense that her name would be a subtle way of highlighting her connection.

This isn't all that surprising given the pattern that previous Final Fantasy games had of having main characters' names have a deeper meaning. 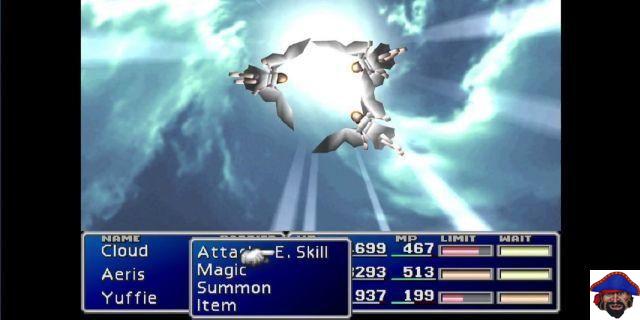 The allegories in Final Fantasy VII don't end with just names - given the fact that Aerith and Sephiroth play a huge role in deciding the fate of the world, it's a given that the elements they're attached to also convey the same.

Given her ultimate boundary breaking the Great Gospel – which brings healing rain to replenish the group's reserves – and the connection to the Lifestream, it could be said that Aerith's dominant element is water. This is the exact opposite of Sephiroth, whose associations with Supernova and the Nibelheim Incident easily make him a character who is drawn to fire.


3. She Has The Highest Magic Stats In The Game 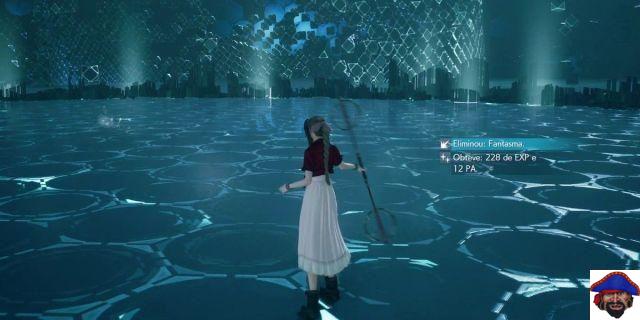 Something that might not surprise most people who've played Final Fantasy VII is the fact that Aerith has the best magic stat out of all the other party members - something that makes up for her fragile nature.

Interestingly, the person who comes in second is a rather unlikely candidate – Vincent Valentine!

2. The Strike Team Can Make You The Best Fighter In Final Fantasy VII's First Steps 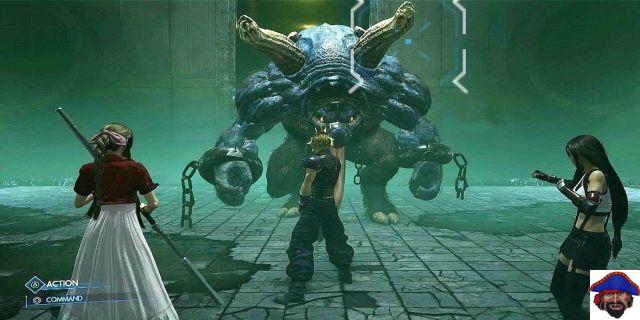 For people who aren't too keen on wasting MP on normal enemies, but still want Aerith to physically gain weight in battle, there's an easy solution that can come up when the party arrives at the train graveyard.

There is an enemy named Eligor that can be fought in the train graveyard. It's a fairly rare encounter, so players who have this opportunity shouldn't pass up on it - using the Steal command, the party can obtain the Staff of Attack, a weapon that will easily outperform any other staff that can be obtained by Aerith all the time. way to Junon, who is a little further along in the game from that point.

1. She Has Dialogue For Certain Scenes Even After Her Death 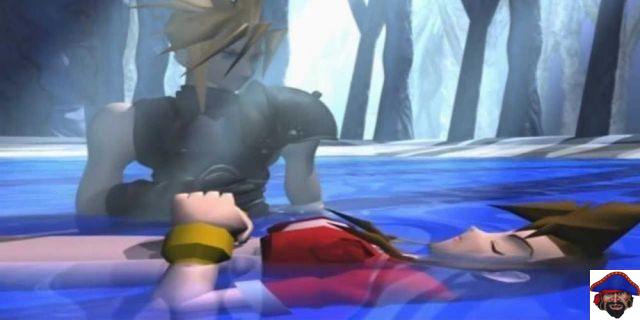 There are many people who still believe that Aerith was never meant to die or could be brought back by a method that has yet to be discovered. The evidence that fuels these two visions is the fact that Aerith still has a dialogue for the dungeons that appear after her death.

However, the real reason these dialogues exist is due to the fact that the order these dungeons would be completed in wasn't actually finalized until later in the title, which is why the developers ended up adding dialogue for Aerith just to be on the side. safe.