ARK: Survival Evolved is a game that excelled in the survival genre. With a lot of interesting mechanics and a lot of content, the game can seem very difficult for new players. So if you're starting your survival journey in this place full of dinosaurs, check out 10 essential tips below to get you started ARK the right way!

In ARK: Survival Evolved, material farming is a little different than most games. Here, the items obtained not only depend on where you are extracting from, but also on what tools you are using.

So, as soon as possible, build new tools and experiment to see how they interact with material sources.

2. The weather is also your enemy 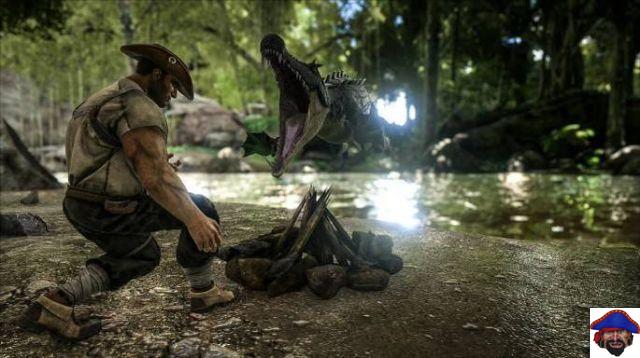 In an environment full of dangerous creatures, it's easy to just worry about crafting weapons. However, know that heat and cold are enemies as dangerous as the dinosaurs you meet along the way.

So be sure to farm as much Fiber as possible to craft clothes and hats. These items make all the difference for you to survive the cold of the night. But be careful! The same garments that save you from hypothermia can cause you to overheat during the heat of the day.

Engram Points are used to unlock new craft recipes. By accumulating enough points, players can choose which recipes to learn and thus spend their points.

In this context, we suggest that you always focus your Engram Points on the most essential crafts such as:

You won't be able to unlock all crafts at once, but don't rush. In addition to Engram Points, you can find Engrams within supply drops that spawn randomly on the island. So use your points in the most important crafts. Remembering that Bonfire and Clothes will help you through the night!

4. Stay on the beach where you started 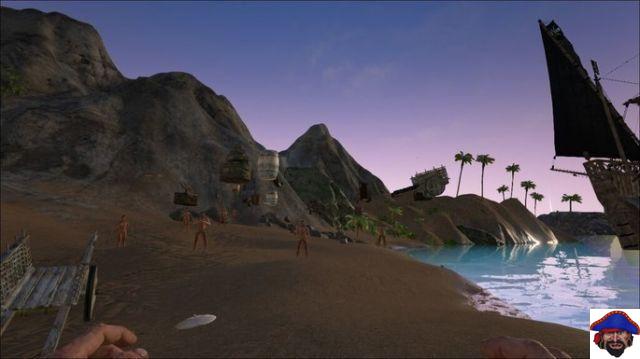 A very simple tip but that can avoid a fundamental mistake. It doesn't move away from the beach where you started the game for 3 reasons:

With so many stats to level up in ARK, we know the choice can be difficult for new players. That's why we have a suggestion that we believe is the best option at the beginning of the game: upgrade Movement Speed! Among all the options, becoming faster has immediate effects both for attacking, defending (or fleeing) and also for farming resources. Remember: what can't touch you can't kill you!


To complement the resource farm, level up some Weight to increase the capacity you can carry.

For the same reasons as Movement Speed, Physical Damage and Stamina are great attributes to focus on. The first, in addition to increasing your damage against creatures, increases the farm speed of several items in the game, while the second ensures that you last longer in any activity, especially during combat or escape.

7. Train a Parasaurus as soon as possible, but don't forget to protect it 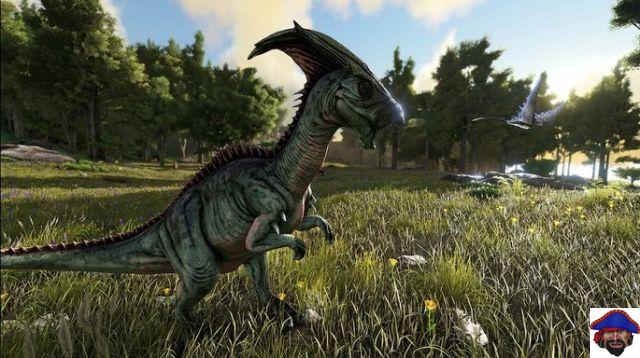 One of your first goals in ARK should be to train a Parasaur. These creatures help you carry a lot more weight and can even be ridden to greatly reduce your travel time. However, of course, with such great advantages also come obligations.

During the night, the chances of predators appearing increase, especially if you have already trained a Parasaurus. So, even with the high cost (for the beginning), you should protect your shelter a lot and also build a Dinosaur Gate. That way you will bring more safety to your pet and yourself.

8. Upgrade your creatures as yourself

Okay, that sounds like a commandment, but it's true. All of your trained creatures also level up over time and also have attributes to improve. So, when choosing which aspect to focus on, use the same logic as you would for your own character: Movement Speed ​​and Stamina bring immediate advantages and help to greatly accelerate your progress.

9. Build a safe but small shelter 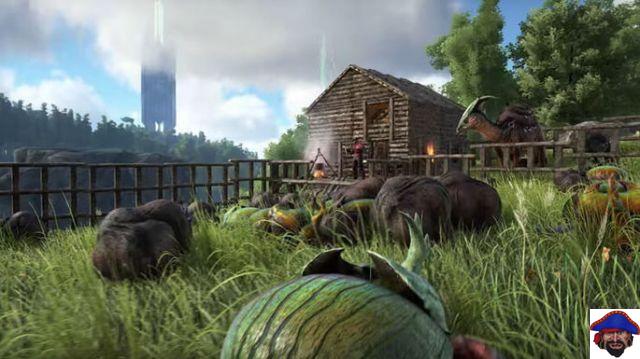 This tip is also valid for PVE, but is especially useful in PVP. Build your shelter with everything you need, but avoid making it unnecessarily large. Try to keep it as compact as possible to prevent mobs and players from finding it. In that sense, you need to find a good balance between good location and low vulnerability. For example, while beaches are perfect for you to farm materials from one side to the other, it's exactly where players will find you much easier.

Try to find a spot that is well protected by trees and that is visible from as few angles as possible, and preferably close to at least two important farm spots.

10. If you die, come back to retrieve the items

When you die in ARK, you drop all items. Okay, default. It turns out that, luckily for us, it's possible to retrieve them by returning to the place of death and looting again. Just be very (VERY) careful not to die again on the way to the bag, because that way you will really lose all the items once and for all.

To avoid this, we advise you to build a bedding shelter as soon as possible. That way you will be respawned in bed whenever you die instead of in a random place. Also, it's good that you have an extra set of armor to keep close to the shelter and prevent you from dying a second time trying to retrieve your items.

Ark Survival Evolved: all the commands and codes to be the best survivor!

ARK: Survival Evolved - How to catch and hatch a dinosaur egg!

ARK: Survival Evolved: How to spawn all dinosaurs with codes!

How to make all inks (Dye) in ARK: Survival Evolved!