Whether you're looking for the single-player story that made Call of Duty 4: Modern Warfare so memorable, you want to know if Call of Duty: Warzone is worth visiting for some free multiplayer mayhem. We took everything into consideration when making this list – the twists and turns of each game's campaign, the quality of its multiplayer experience, the visual fidelity and realism of Price's chops – you name it, we've considered.

You may not agree with our picks for the best Call of Duty games, and we're sure you'll let us know on social media if we skip your favorite. Let us know what should be in the top ten and why.

Below you can find the top 10 Call of Duty games that you can play today. You can check out our list of the best shooting games.

Below you will check out several of the best Call of Duty games released on many different platforms, especially for the PS4. 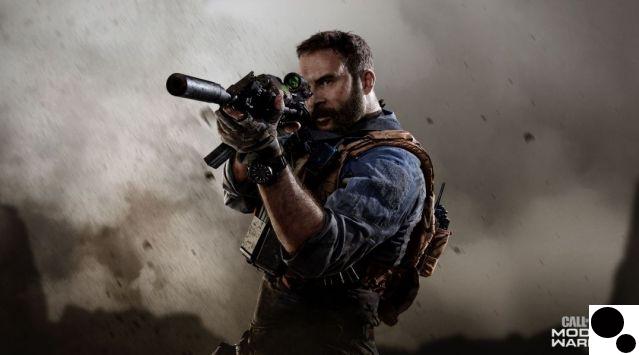 Leave it to the CoD franchise to release a game with the exact same name as a 2007 title that isn't a remake of any of the games in the series, but rather a wild reimagining that starts rebuilding the Modern Warfare series from the ground up. 2022's Call of Duty: Modern Warfare differs from its predecessors in that it doesn't feel like a series of disparate missions that line up to be taken down consecutively without much thought. It feels like you're behind the reins of a fast-paced action movie. It looks good, it sounds good, it feels good, and it's a great first step in a new direction for the Modern Warfare franchise. 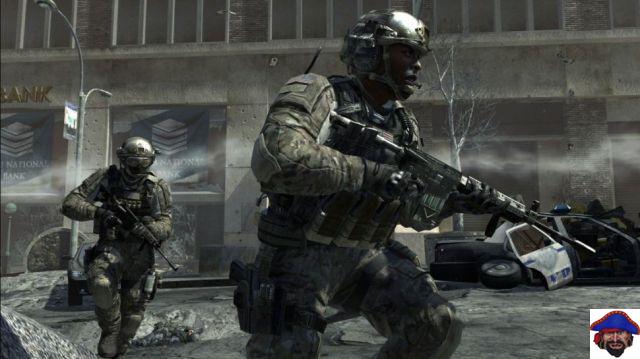 Saying Call of Duty: Modern Warfare 3 is the weakest in the Modern Warfare series is like saying Return Of The Jedi is the least favorite of the original Star Wars movies. But, you know, there are no Ewoks here. This ends the increasingly bombastic story with some brilliant missions - the sandstorm in Return To Sender is Modern Warfare at its chaotic best, balancing player agency with some serious spectacle. Okay, so multiplayer focuses on tweaks rather than big innovations, but turning killstreaks into pointstreaks helps even out the playing field and there's still a variety of great maps. Plus, you know that vigorous, fast-paced combat will keep you coming back for just one more round. 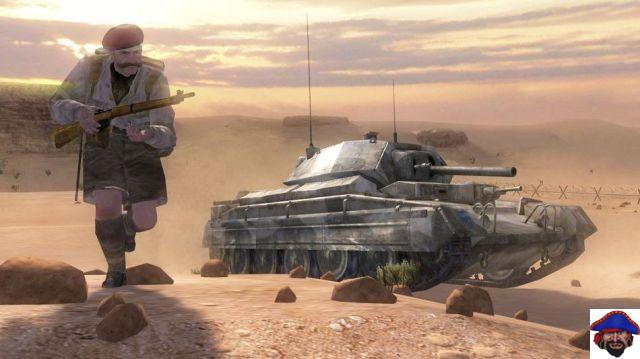 Call of Duty 2 is one of the greatest WW2 shooters of all time. And while Infinity Ward's first sequel (and debuting on Xbox 360) may be charmingly old-fashioned right now, it still establishes what makes the series so captivating. A freight train for a campaign, which uses multiple characters (the highlight is the Russian campaign) to keep this momentum going. The dampening tension of multiplayer, especially on one life per round of Search and Destroy. High-end graphics and an unusually solid frame-rate (original Xbox 360 games struggled a lot). This isn't as high as others on the list purely because of the standards the series sets for itself, but that doesn't mean it isn't worth looking for. As a bonus, Xbox One owners can give themselves a history lesson in every sense of the word, thanks to COD 2's backwards compatibility. 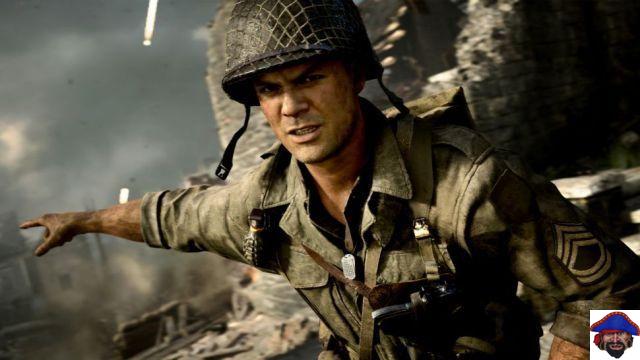 It might seem strange for Call of Duty WW2 to go back to WWII after so many things to come and the previous game's journey into space, but it works. Resetting all future technology brings the series back to its roots and more or less acts like a reboot. The single player suffers a little in the first half narratively, but for the most part, hits those big set pieces with confidence. It's multiplayer that really wins here. Without all the gadgets, technology and space stuff, this is a much purer expression of what an online shooter should be. Without the drones and satellites, the action is much more focused on reactions and spatial awareness and is much more rewarding for that. The new Headquarters mode is also an interesting addition, creating a Destiny Tower as a social space for players to have fun. 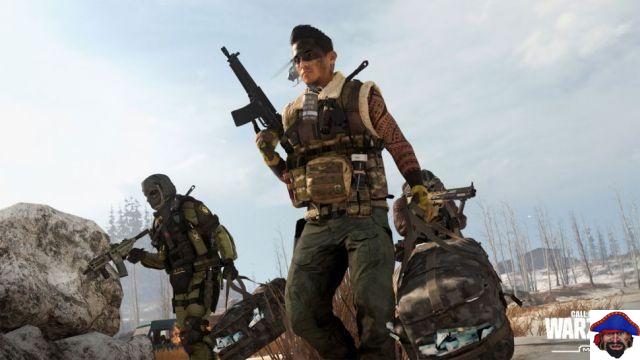 Call of Duty: Warzone is an all-new beast to the franchise, and it's a direct response to the ever-changing multiplayer environment defined by free-to-play Battle Royales like Fortnite and Apex Legends. The CoD take streamlines the loot system, adds an ingenious way to get back into the Gulag fight, and traverses the somewhat drab world of Battle Royales with a tac dang knife. There's no special armor that can make firefights feel unbalanced, and no building mechanics that sometimes make battles about more than firefights. When Warzone dropped as a free addition to the CoD universe, we were all shaken, and for good reason. 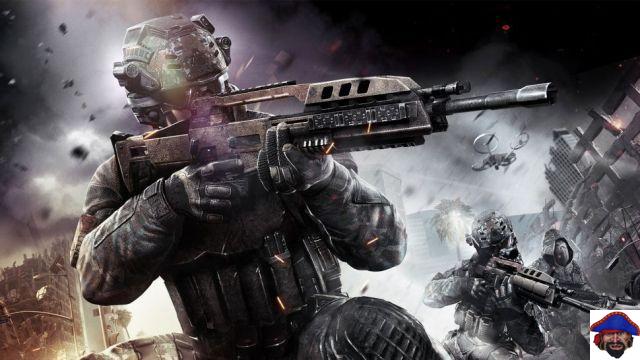 The Black Ops trilogy is when Treyarch likes to get weird, and it's all the better for it. Call of Duty: Black Ops 2 is the first – and so far, only – COD experiment with multiple endings for decent effect. Carrying out Strike Force missions and accomplishing certain objectives in the main levels dramatically alters the direction of the story, adding depth and a reason to return once the credits roll, even if there's less new stuff to see. A more lasting – and far more important – introduction to multiplayer is the Pick 10 system, which gives you greater control of your loadout and playstyle, shaping the greater levels of customization the series now offers. While not all changes are detected, this entry is a great example of COD's strengths and experiences enough to stand out on its own. 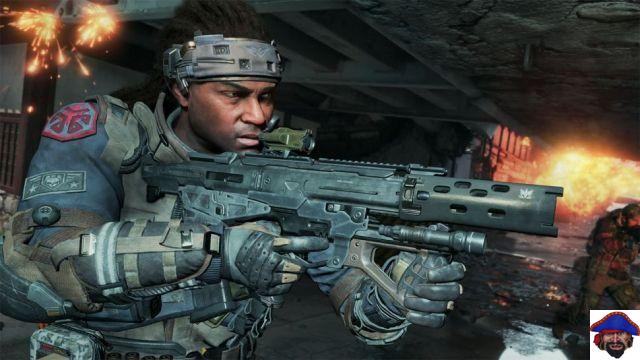 The first entry to ditch the single-player campaign entirely, Call of Duty: Black Ops 4 makes up for that with a brilliantly varied multiplayer offering. Blackout is the main attraction, blending the hyper-polished action of COD with the tension and excitement of the Battle Royale genre, across a massive map stitching together classic arenas of the past into one sprawling whole. But the core competitive multiplayer is the best in years too, taking the traversal out of Black Ops 3 for a more tactical experience, enhanced with tactical tweaks like manual healing and boasting a brilliant array of wildly different modes. With an absolutely content-packed Zombies mode rounding out the package with time-travel mayhem, this is one of the series' richest offerings to date, and one of the best Call of Duty games of all time. 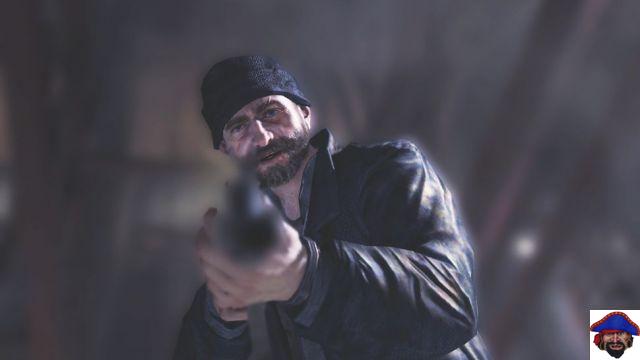 There are some big shoes that Call of Duty: Modern Warfare 2 needed to fill and the fact that it's the closest the series comes to managing that task is a testament to its class. Single player scales up the spectacle without sacrificing pace, while multiplayer features the biggest tiny map ever: the incomparable Rust. Okay, there are a few minor bugs like the Tactical Nuke killstreak and the No Russian mission in the campaign, which means it doesn't take first place. But it's hard to worry about niggles when some of the series' most iconic moments, like breaking into the gulag to rescue an important prisoner, never stop coming. 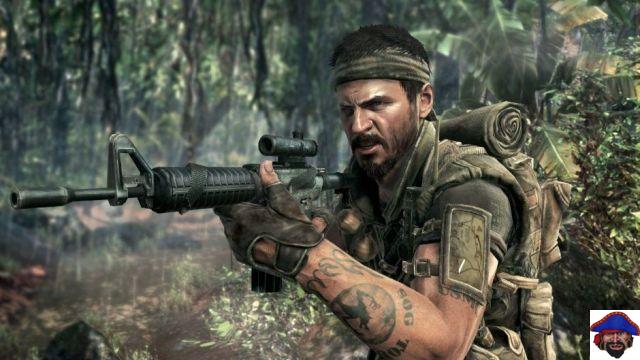 The Call of Duty: Black Ops Vietnam tour is undoubtedly the developer's best in the series, with a storyline full of silly fun and multiplayer modes that actually add some new types of games that are worth trying. The Gun Game's intro - where every kill you get forces you to use a different weapon - is inspired, while going back in time to the 60s doesn't lessen the guns hard kick. A Cold War setting ends up being perfect for COD, with a moral obscurity that has the ability to shock in places, while the perfect use of The Rolling Stones gives it a flavor none of the other games have. I still can't figure out what those numbers mean, though. 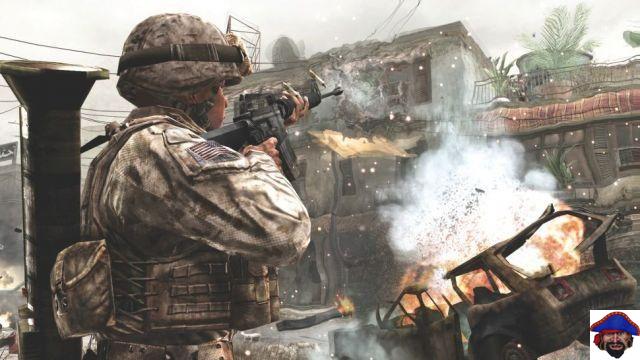 Did you expect Black Ops: Declassified? We will. There's no argument that Call of Duty 4: Modern Warfare is the highlight of the series. A revelation at launch and an undisputed classic now, this is the standard every new entry must meet. Revolutionary multiplayer, especially on consoles, is the main reason. This compelling mix of compulsive unlocks, brilliant map design, and powerful feedback is still gripping players to this day. Then there's the unparalleled campaign. Packed with unforgettable missions – Death From Above, All Ghillied Up, Charlie Don't Surf, to name a few – and a slippery slope of surprising nuances, it's the best war story the series has ever told. The 2022 remaster only gets better, getting a timely visual update that makes it just as crisp as its pack sibling, Infinite Warfare. If you only play one Call Of Duty, make sure it's Modern Warfare.